There’s an old song by a band called The Monks that goes, “Nice legs, shame about the face.” I found myself humming it while I was driving home in Lexus’ mid-range SUV, the RX 350. It’s always been one of my favourite sport-utes to drive, but I’ve yet to work my way around the redesign that turns the nose into a gaping, filigree-encrusted hole. Still, if you can handle that weird front end, you’ll undoubtedly find this is to be a very sweet luxury ride.

If you can handle that weird front end, you’ll undoubtedly find this is to be a very sweet luxury ride.

The lineup consists of my tester, the regular 2017 Lexus RX 350 starting at $55,900, and a hybrid version, the RX 450h, which begins at $70,300. Lexus lets you lay on some serious options, and mine had the F Sport Series 3 pack. This added an eye-watering $13,450 to my vehicle, along with a long list of items such as 20-inch wheels, premium seats, wireless phone charging, navigation, head-up display, and a panoramic sunroof.

Both models use a 3.5L V6 engine, working on its own in the RX 350, and augmented with a hybrid system in the RX 450h. In the RX 350 it spins out 295 horsepower and 267 lb-ft of torque, mated to a wonderfully smooth eight-speed automatic transmission that can be sequentially shifted, if desired, using steering wheel-mounted paddle shifters that are part of the F Sport package. Engine throttle and transmission shift points can be adjusted by turning a dial to Eco or Sport/Sport-plus, or pushing it for Normal – one of those little quirks that shows up occasionally in this model, where three spins alone would seem more intuitive. The full-time all-wheel drive splits the torque as needed, but you can lock up the differential at speeds below 40 km/h when you need everything working together to get out of mud or snow.

Despite the F Sport badge on the side, the RX 350 makes little pretense of sportiness. The steering is accurate but not quick; the wheel tightens up at speed but provides little feel or feedback; and while the option package adds an adaptive variable air suspension, the ride is still supple and relaxed.

But these aren’t jabs at the vehicle. Rather, it’s Lexus understanding a specific customer: one who wants a taller, all-wheel-drive version of a luxury sedan, and who wants a quiet commute with a minimum of fuss, but with enough decent power on tap if one needs to work one’s way around other highway dwellers. For those looking for such attributes, it’s tough to find anything better in this segment.

The interior also keeps its side of the luxury bargain. All models get heated and ventilated front seats, along with heated rear seats, but the F Sport package adds premium chairs, including power-folding and power-reclining rear ones. Seating is for five, without a third row of seats scrunched in, with generous legroom and cargo space.

The dash is handsomely overlaid with stitched leather and aluminum accents, and the stitching carries through on the centre console and armrests. There are useful and thoughtful touches in the cabin, including a flock-lined console box to reduce items rattling around, hard buttons to quickly access the climate and heated seat controls, and a cup holder that can be pushed down, increasing its depth to accommodate taller mugs or water bottles.

But then we get to the infotainment system controller, and it all falls apart. Dubbed Remote Touch, it’s a small, mouse-style device that you jiggle sideways or up and down to move a cursor on the screen, and then push to activate the command you’ve selected. In my case, the cursor just led to cursing.

The “mouse” is very sensitive and the cursor races around the screen anytime you’re trying to position it accurately and the road isn’t smooth as glass. I also find the setup to be very distracting, since I spent too much time looking at the screen to see where the cursor was actually ending up. 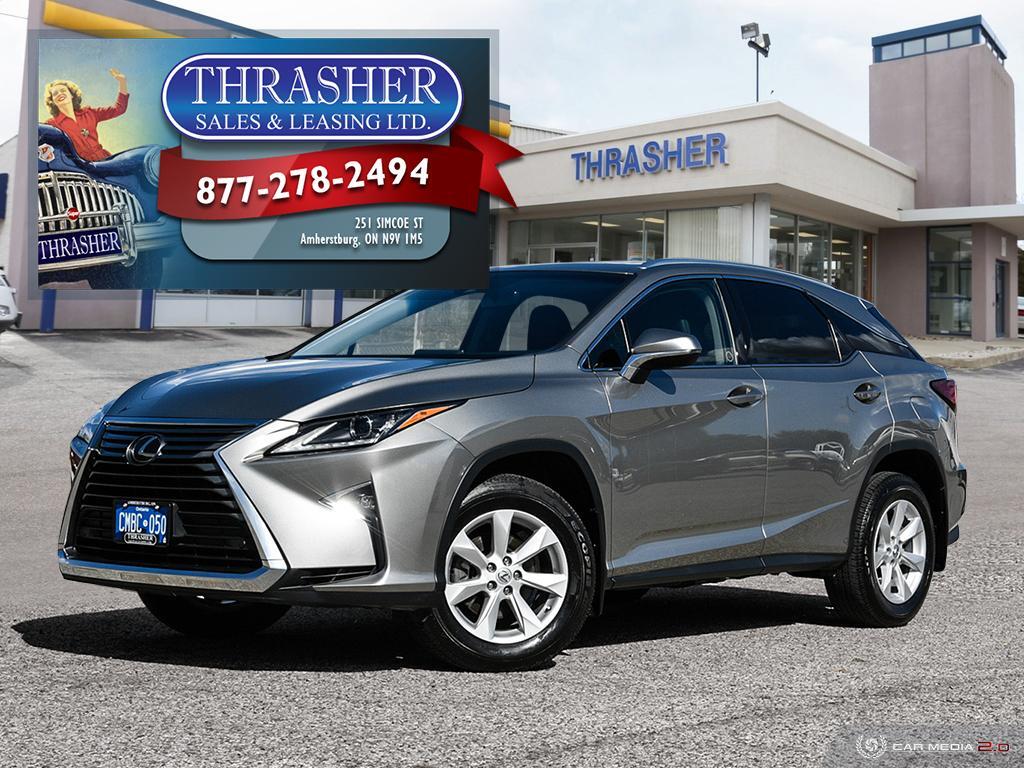 Fortunately, the navigation can also be controlled using voice commands. This works extremely well, listening to the entire address instead of one line at a time. That’s common enough these days, but what I really liked was that whenever I went off course (on purpose, to see how it handled it), I didn’t get the usual “Route recalculation” warning that most navigation systems endlessly repeat. Instead, it just carried on and sent me to the next correct turn. It’s a little thing, for sure, but it just seemed more competent at its job.

That quiet competence really is the key to the RX 350. Nothing really shouts out (other than that hideously bizarre grille), but instead it all works together. The engine and transmission are silky-smooth, the electronic nannies look after your blind spot and lane-keeping, the all-wheel drive proactively pushes torque around without making it obvious, and even with some athletic touches from the F Sport package, it’s really all about coddling and comfort.

I’d like to have a word with the designers, but the engineers have done everything right.

About Jil McIntosh
Jil McIntosh writes about new cars, antique and classic cars, and the automotive industry. A member of the Automobile Journalists Association of Canada (AJAC), she has won several awards for her writing, including Journalist of the Year in 2016. In addition to testing new vehicles, she owns two from the 1940s.
Follow me
You may also like
Latest Articles
﻿