Driving along Cape Breton’s undulating Cabot Trail in any Porsche is going to be fun. That said, you might not expect an SUV to be nearly as engaging as sports car, especially an SUV that’s got the brawn to tow 3,507 kilograms (7,716 pounds).

A Porsche sports exhaust system is standard on the Cayenne GTS, so you’d be emitting quite a howl.

Not to worry, at a base price of $111,300 the 2017 Porsche Cayenne GTS has you covered. Compared to the Cayenne S, its 3.6-litre V6 bi-turbo engine is pumped up to 440 hp and 443 lb-ft of torque thrusting you and this 2,110 kg (4,642 lb) vehicle from 0 to 100 km/h in 5.2 seconds (5.1 with the optional Sport Chrono package which ours, of course, had). Power gets to the pavement through Porsche’s all-wheel-drive system and an eight-speed Tiptronic transmission with paddle shifters.

There’s a sticker on the dash that indicates your top speed is governed to 250 km/h, although Porsche literature suggests you might be able to squeeze out 12 km/h more if you’re in the vicinity. I wouldn’t advise that with a trailer in tow, but it would be quite a sight!

And sound... as a Porsche sports exhaust system is standard on the Cayenne GTS, so you’d be emitting quite a howl.

Likewise, Porsche throws in a sport version of its air-suspended Active Suspension Management (PASM) system that enables the Cayenne GTS to sit 20 millimetres lower in its Sport Plus setting, along with big 390 mm front disc brakes and 358 mm rears with red calipers to bring you down from speed in a hurry. A practical benefit of the air suspension, by the way, is that when you’re loading your gear at the rear of the vehicle, there’s a button that takes it to the lowest suspension setting so you don’t have to lift your cargo so high. A “kneeling” Cayenne, so to speak.

Visually distinguishing the Cayenne GTS from other Cayenne models is the preponderance of black trim. It is, to quote Porsche, “omnipresent”. All lettering is black, as are the 20-inch RS Spyder wheels (the red calipers contrast very nicely with these), the four exhaust tailpipes, the bi-xenon headlights’ inner apertures and darkened LED taillights. Inside, red stitching can contrast with black leather/Alcantara sport seating if desired. An optional GTS interior package is available in red or silver, with the tachometer face, headrest lettering and seatbelts in a contrasting colour.

Sitting behind the power-adjustable steering wheel, the first thing you notice about the interior of the Cayenne GTS is the switchgear on the centre console. It’s hard to miss. I remember when I first saw this style of array many years ago in a Porsche Panamera and thought it was an original and exciting interface at that time; certainly unique. Now that it’s migrated throughout the Porsche model range, the buttons and switches seem to have procreated like rabbits and in so doing what was a cool, aviation style environment now looks overwrought, dated and arguably a parody of itself. German design understatement has here been exuberantly abandoned! Look up and you’ll find yet more buttons, levers and switches in the same vein and I think it’s time to move on, which is exactly what the Panamera’s done, leading the way again.

The Cayenne GTS ignition “key” is on the left, in the Porsche style (still eschewing a button) and the big tachometer and undersized digital speedometer remain in the centre of the old-school five-gauge array (the instrument on the right being useful electronic display). Once the protruding side bolster of the sports seat is traversed, you find yourself securely but comfortably positioned behind the wheel, and in conjunction with the multi-adjustable (heated but not ventilated) seat, you’ll discover an optimal position no matter your size or shape.

The construction and quality of the interior panels, surfaces and trim is commensurate with brand expectations, which is to say they exude the kind of luxury we expect from a high-end German manufacturer. The display atop the centre stack seems somewhat diminutive by today’s standards, but the image is highly defined and easy to read. The panoramic sunroof, however, is huge. You virtually have a glass roof when its screen is retracted, giving the cabin a bright, open air feel even if the roof’s not open.

Start the engine and select drive with the beefy gearshift and you’re underway, the Cayenne GTS admitting virtually no noise unless the Sport exhaust is allowed to resonate more enthusiastically. Otherwise, it’s a quiet, solid and composed cabin.

On the road, especially on the twisting and turning 300 km Cabot Trail, you’d think this could be a great place to test the driving dynamics of a high performance vehicle like the Cayenne GTS. The location is remote, traffic is light, and the weather is fine but everyone knows that hordes of tourists are coming. In preparation, therefore, the Nova Scotia Department of Highways is at this time of year, to repurpose a Porsche term, “omnipresent.” An army of workers is busily paving, patching, trimming brush, preventing rockslides, fixing bridges and repainting the double yellow lines that divide most of the road.

So we thrilled to the scenery, and where possible negotiated the Cabot Trail’s sharp corners as if on rails. Every once in a while a sight-seeing tourist could be dispatched in seconds, enabling Cayenne GTS occupants to briefly savour its instant throttle response. Very satisfying! It’s truly surprising how light and responsive the Cayenne GTS feels once underway, especially in Sport mode with its suspension just firm enough but not so much that it jars. It is at once an engaging ride and a comfortable cruiser that just eats up the kilometres. 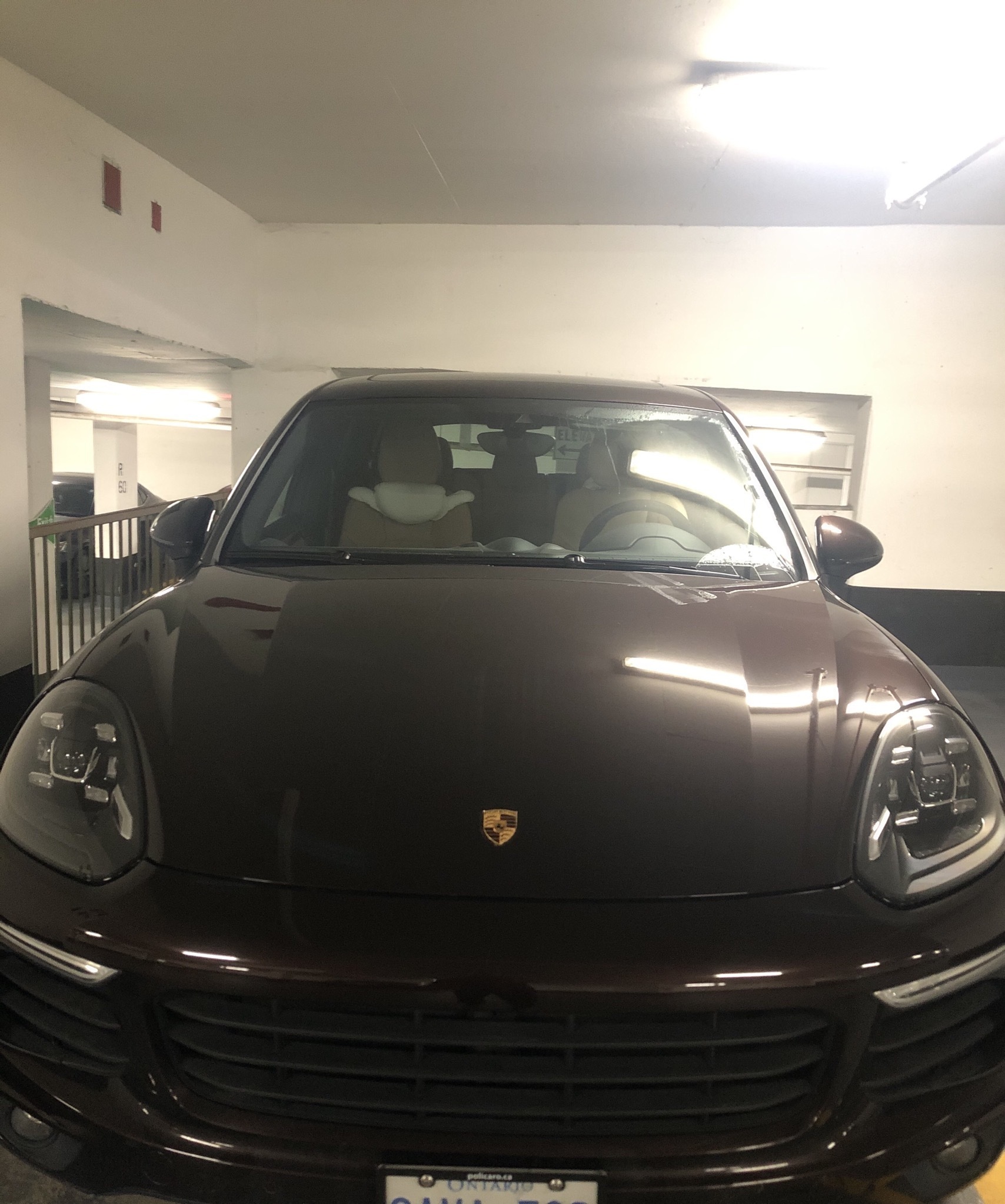 The 2017 Porsche Cayenne GTS represents the second generation of the Porsche Cayenne and reports are that an all-new third generation will debut for 2018. The current version is tweaked, massaged and improved to the point that there’s not much else to do. It’s at the pinnacle of its development and represents a solid, classy, exclusive and genuinely high-performance machine that tours, tows and tracks.

About Paul Williams
Paul Williams is an award-winning Ottawa-based automotive writer and a member of the Automobile Journalists Association of Canada. He’s active in several enthusiast car clubs, and if it’s got a motor and wheels, Paul probably likes it.
Follow me
You may also like
AdChoices
Latest Articles