This here lusciously red 2017 Alfa Romeo Giulia sport sedan prompted an office debate on the best-looking cars on the market. I came back from a photo shoot singing its praises, my colleagues surely wondering what exactly happened out there. For me, this is clearly the best-looking four-door vehicle for sale in North America – and that’s any vehicle with four actual doors, whether sport sedan, hot hatch, SUV (clearly) or performance wagon, an extra endangered but personally beloved automotive species.

For me, this is clearly the best-looking four-door vehicle for sale in North America

Really, outside maybe its more muscularly 505 hp Giulia Quadrifoglio big brother, is there a hotter four-door out there? Audi A7/S7/RS7? Aggressively attractive, but not to this level. Tesla Model S? Perhaps close, though its sleek but increasingly familiar silhouette has been around going on six years now. Surely the exotic Aston Martin Rapide then? Ah, my prior four-door beauty winner, and perhaps the least four-door looking of any four-door to this day. But the current Rapide S has changed even less since the Rapide’s 2010 introduction, and is on its way out, to be replaced by the upcoming electric RapidE in 2018. 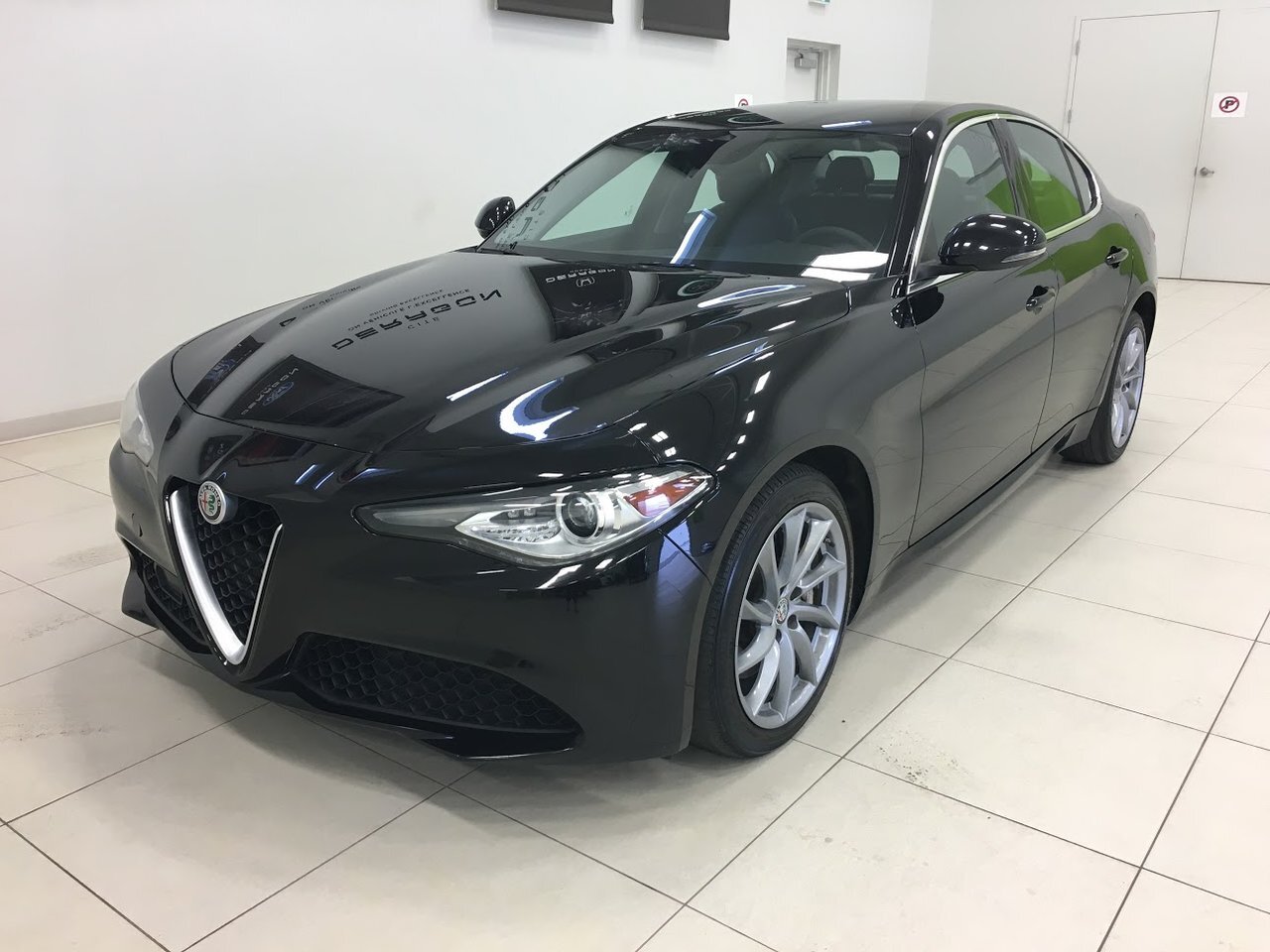 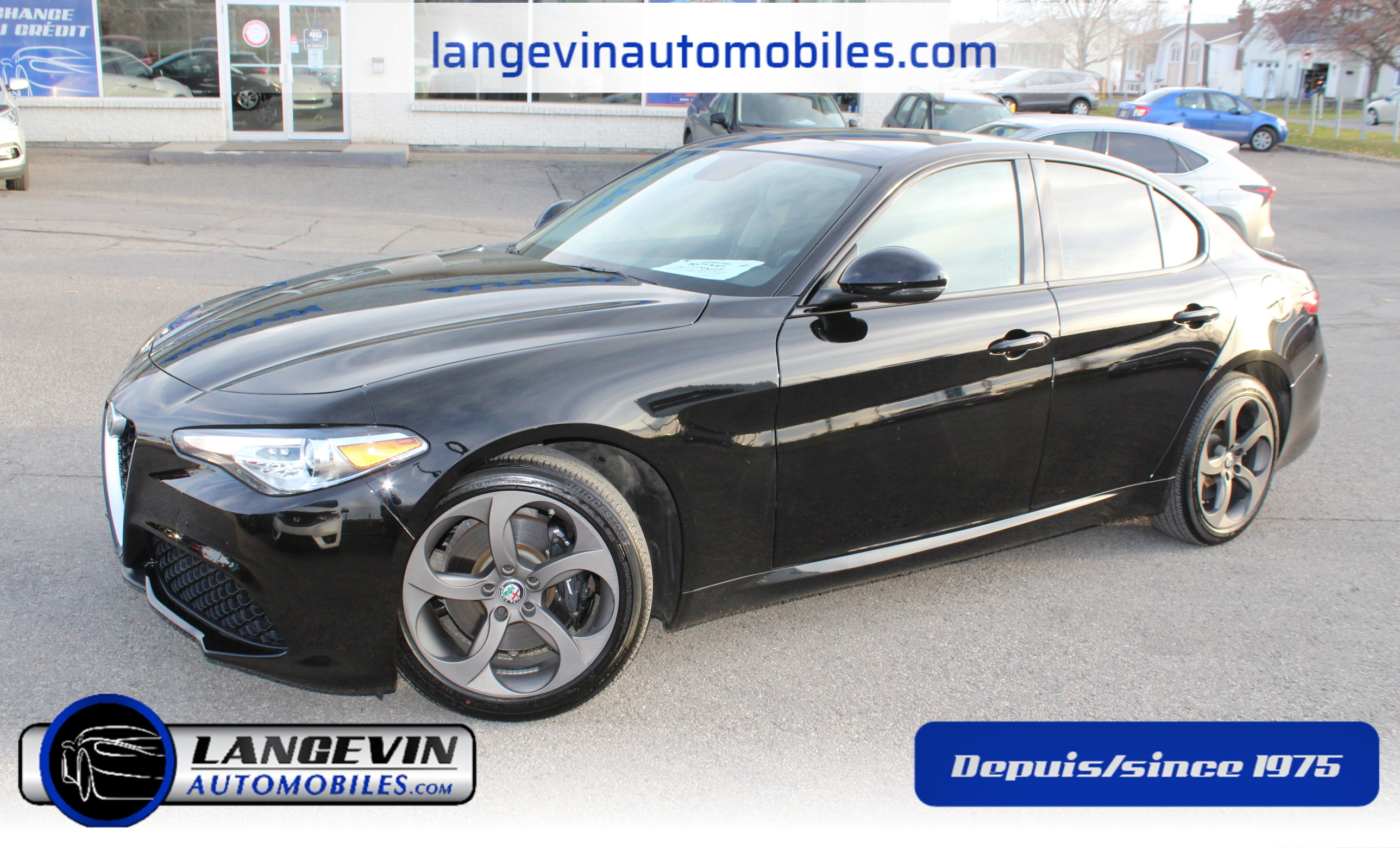 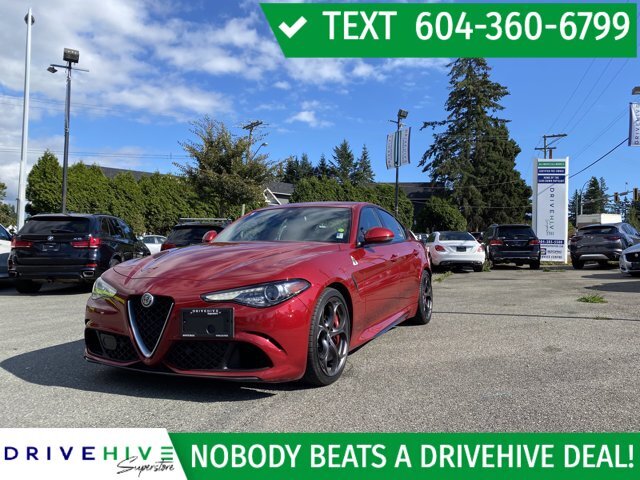 Just the fact that the $50k-ish Alfa Romeo is right near – if not at – the top of this hottest four-door debate is a big win for FCA’s newest in a growing series of Italian-flavoured luxury vehicles. That’s because most of the super sexy sedan class live in heavily landscaped areas with elite six-figure price tags.

A six-figure price tag is unusual for Alfa here in Canada currently, though the M3-eating Giulia Quadrifoglio that starts at $87,090 comes close, as will Alfa's top trim of its upcoming Stelvio Quadrifoglio SUV arriving in early 2018. Yet the 2017 Giulia is Alfa Romeo’s first volume luxury product to land on these shores since the brand’s rebirth here in 2015 with the gorgeous but extra tiny two-seat 4C models, which was followed up in summer 2017 with the launch of mainstream Stelvio models.

Essentially, Alfa Romeo as a brand is FCA’s Italian equivalent of an upscale sporting Buick without the platform sharing: there’s more performance and style in Alfas than everyday Fiats, for sure, perhaps even knocking on the door of pricier corporate cousin Maserati. But in the FCA universe, they clearly all look up to Ferrari, each brand cozying up to the Italian F1 powerhouse to varying degrees, for either technology transfer or more indefinable sporting inspiration.

The Giulia rides on an all-new platform dubbed Giorgio, and comes standard with rear-wheel drive, but this one came with the brand’s Q4 all-wheel drive system, as noted by its Q4 badge on the rear trunk lid. So no, every Q4 badge you see does not mean you’re looking at a Giulia Quadrifoglio, which are rear-drive-only super sports sedans.

This particular Giulia Ti tester also featured the brand’s similarly all-new 280 hp four-cylinder turbocharged engine, which is the most powerful four among its largely German 3 Series/A4/C-Class competitive set, although with these hot looks, you could argue it competes closer with slinkier four-door rivals such as the Jaguar XE and BMW’s 4 Series Gran Coupes. With 306 lb-ft of torque, a 5.2 second 0-100 km/h time and a 240 km/h top speed, the Giulia proudly bests the respective figures of that powerhouse German trio’s volume-selling four-cylinder AWD models.

The rivals mentioned above are at or within a couple tenths of the 6.0 second 0-100 km/h mark, at least by Alfa’s testing, and down notably in their power ratings as well.

Impressively, this extra oomph does not mean much if any fuel consumption penalty in normal driving versus its rivals either, with an overall average of 9.2 L/100 km that’s right in line with its German  rivals.

Settle into the driver’s seat, and that special Italian feeling doesn’t end. You’re welcomed by shift paddles that must be the largest in the industry, literally begging to be used, with an ignition button nestled into the steering wheel hub, just like on a Ferrari (and many other more mundane machines, granted). There’s a stylized sleekness to the interior, and omnipresent black in this tester, but there’s no overwhelming luxury here. This is a cockpit meant to enhance the drive, not distract you from it.

There’s a composed sharpness to the ride that communicates instantly that this is a sport sedan, as does the way it stays flat and pointed precisely where you want it on aggressively attacked highway ramps. The optional super low profile performance tires that come with the Sport Appearance package contributed to both of these athletic characteristics, while it added those extra large shift paddles that just beg you to become involved with driving this car hard, even if some will be disappointed that no manual transmission is available.

Once you find an open stretch on the road, those usefully large shift paddles help you quickly discover this car’s surprisingly low 5,500 rpm redline, and the sound is more pop crooner pleasant than opera-worthy tenor inspiring. Clearly, Alfa left the juiciest driving appeal to the hot-headed 2.9-litre turbo V6 Quadrifoglio, while the Germans offer mid-level six-cylinder engine options that don’t start nearly as high in the pricing stratosphere.

Sure, all is not perfect in the Giulia world. There are occasional ergonomic oddities or annoyances, such as the lack of Android Auto and Apple CarPlay, or the central controller that’s not touch sensitive, as in its most modern German rivals. On the other hand, there’s an ease of use here that contributes to somewhat of an old-world charm, with traditional rotary knobs and buttons for the climate controls and analogue speedo and tech gauges.

The back seat and trunk are both also relatively tight, a consequence of the Giulia’s tight proportions and rakish profile. But the 60/40 split rear seats fold down relatively flat, and gains back some practicality points by hidden handles in the trunk’s roof that folds down one or both seatbacks easily while standing behind the car.

Overall then, it’s clear that Alfa Romeo now offers adoration-worthy styling with the Giulia that is gorgeous enough and to a lesser extent sporty enough to tempt folks away from the omnipresent 3 Series, C-Class and A4s in this segment, a task that fellow attractive newcomer Jaguar XE has undergone recently with some success. Alfa Romeo clearly has the product to compete well here with the Giulia, and now it’s up to the company to prove to these upscale consumers that its long-term quality, pricing/lease rates, and overall owner experience will be enough to keep Alfa Romeo in Canada for the long term this time.

About Michael Bettencourt
Michael Bettencourt has been writing about cars and automotive topics for over 25 years, with over two decades as a member of the Automobile Journalists Association of Canada (AJAC). A journalism graduate of Ryerson University, he has won multiple awards for technical, vehicle testing, and green vehicle writing. Currently a judge for the Electric Vehicle Dealer’s Association awards, he bought his first EV in 2011, and follows the EV industry closely.
Follow me
You may also like
8.1