BMW is diversifying its EV ambitions in an effort to capitalize on the electric-vehicle zeitgeist, a process it began with the i3 and i8, a pair of oddballs aimed at hardcore plug-in enthusiasts.

A beautifully compliant ride without sacrificing the kind of competent handling we’ve come to expect from a brand that, traditionally, is a master of sport sedan performance.

But as Nissan has demonstrated with its Leaf, whose forthcoming second generation will hew closer to the design mainstream, there’s a growing appetite for plug-in and electric powertrains in cars wearing well-known names and familiar bodywork.

To that end, BMW already had three of those in plug-in hybrid (PHEV) versions of its 3 Series compact sedan, big 7 Series, and X5 crossover; and for 2018 it has added a fourth, based on the mid-size 5 Series: the 2018 BMW 530e xDrive.

BMW introduced this seventh-generation 5 Series last year, signaling a continued shift away from the brand’s driver-focused cars of the past. That shift is best highlighted in this newest member of the family, which with a fully charged battery promises 45 kilometres of quiet, nearly vibration-free driving before a 2.0L turbocharged four-cylinder gas engine fires up.

That engine is similar to the one in the 530i and four-cylinder versions of various other BMW models, but is tuned specifically for this car to produce 180 hp and 255 lb-ft of torque on its own. The electric motor alone is good for 111 hp and 184 lb-ft, but together they make 248 hp and 310 lb-ft.

For the uninitiated, judging an electric car’s acceleration can be challenging, thanks to the lack of noise and vibration that most of us are used to even in this car’s very civilized conventionally powered contemporaries. But that’s beside the point. If you want all-electric speed, get a Tesla Model S. A plug-in hybrid’s mission is to allow quiet, smooth around-town driving without sacrificing the kind of long-haul highway range offered by gas-fuelled cars.

The 530e succeeds in that sense: The electric part of the powertrain moves the car silently and at perfectly useful rates of acceleration for normal driving. BMW also lets you choose how you use that electric power. The familiar comfort, sport, and eco pro drive modes are all present, as well as an additional e-drive selector that toggles through three additional settings dubbed e-drive, max e-drive and battery control. The first two prioritize battery-powered driving to different degrees, while the third lets you command the car to keep the battery charged to a level of your choosing. In my week with the car, I used battery control to run the engine in highway driving, where it’s most efficient, and the other two settings in stop-and-go city situations.

This car is at its smoothest and quietest when electricity is doing the work, but the transition to hybrid power is barely perceptible. The gas engine is essentially inaudible when cruising, its soundtrack and vibration only coming through in more aggressive acceleration and the rare occasion when it runs while the car is stopped.

My tester added the optional dynamic damper control system that lets the driver further tailor the car’s performance with comfort, normal, or sport modes. Even its default setting delivered a beautifully compliant ride without sacrificing the kind of competent handling we’ve come to expect from a brand that, traditionally, is a master of sport sedan performance.

Automakers have largely overcome brake-feel complaints directed at past generations of hybrid cars. While the 530e’s brakes feel pretty normal in most situations, they require a light touch to modulate as the car nears a stop and the hybrid system’s regenerative braking function gives way to the friction brakes.

As I mentioned above, BMW says the 530e is capable of about 45 km of electric driving, but each time I charged the car to capacity, it indicated somewhere between 25 and 30 km of all-electric range (presumably because it was accustomed to my enthusiastic driving style). Still, that was nearly enough to get me from home to work and back, making this a car that could cut your fuel use significantly in day-to-day driving.

The 9.2 kWh battery lives in a “strategic” location BMW describes as “underneath the rear seat” and that “offers full use of the trunk and a flat load [...] floor.” Technically, both of these things are true of the 530e, but part of the battery occupies a small amount of the cargo space available in non-hybrid 5 Series variants.

In max e-drive, the electric-only threshold is high enough to allow for some fun, but sport mode is better for that, where the engine stops only when the car does. While the horsepower figure matches that of the entry-level 530i, the electric motor’s instant torque delivery makes the car feel particularly strong at low speeds. The powertrain’s urge wanes at higher speeds, reinforcing the notion that the 530e might be wasted on a driver who spends most of their time in free- flowing highway traffic.

That sensation could be the result of the 530e’s nearly 300 kg weight penalty compared to the gas-only 530i. That’s the equivalent of driving around with three or four adults in the car all the time. At least the battery’s extra weight is located low in the chassis, where it contributes to a lower centre of gravity than other 5 Series models, but that doesn’t change the fact that no matter what power source is driving the car, some of its energy goes toward hauling around the inert half of the powertrain.

For those times when you actually do have four adults in the car, they’ll all find decent space in comfortable seats, especially in the ventilated front chairs included in my tester as part of the interior comfort package.

While both Audi and Mercedes-Benz have plans to roll out electric (or electrified, at any rate) models in the coming years, neither has a mid-size plug-in car of any stripe right now. Volvo might beat both of them to the party, as it has already announced that starting in 2019, it will fit every new model with an electric motor, though some of those vehicles will be hybrids like this 5 Series. Right now, the closest thing you’ll find to the 530e in a competitively sized sedan are the Lexus GS 450h and the much less-expensive Lincoln MKZ Hybrid, neither of which are plug-ins. 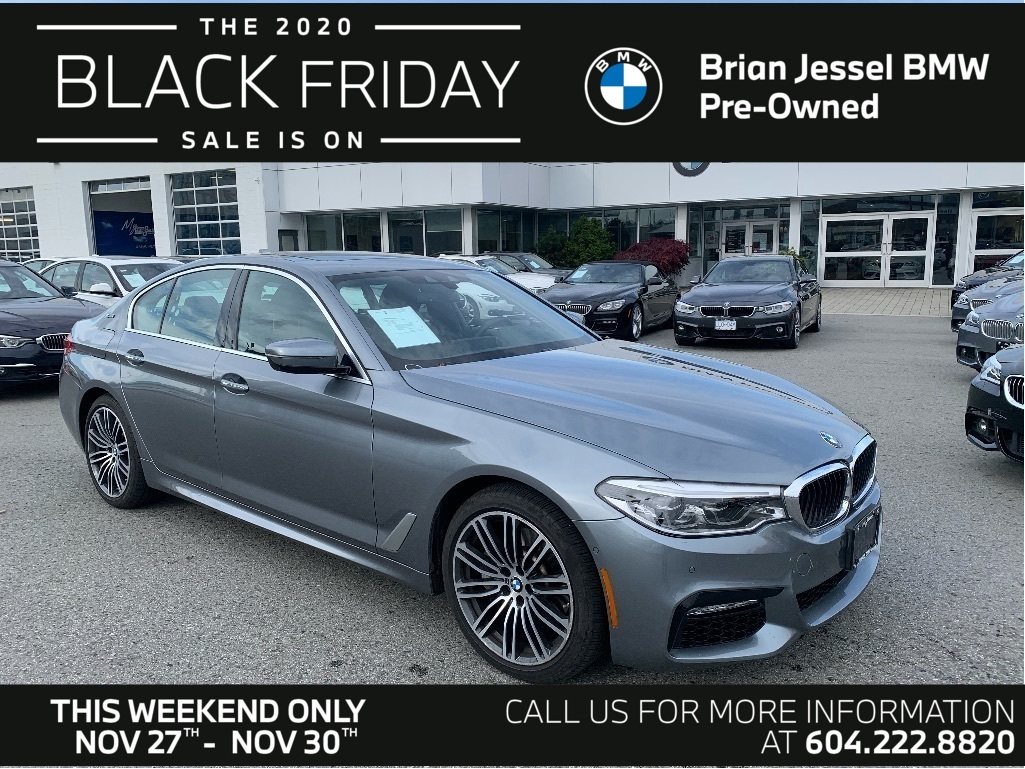 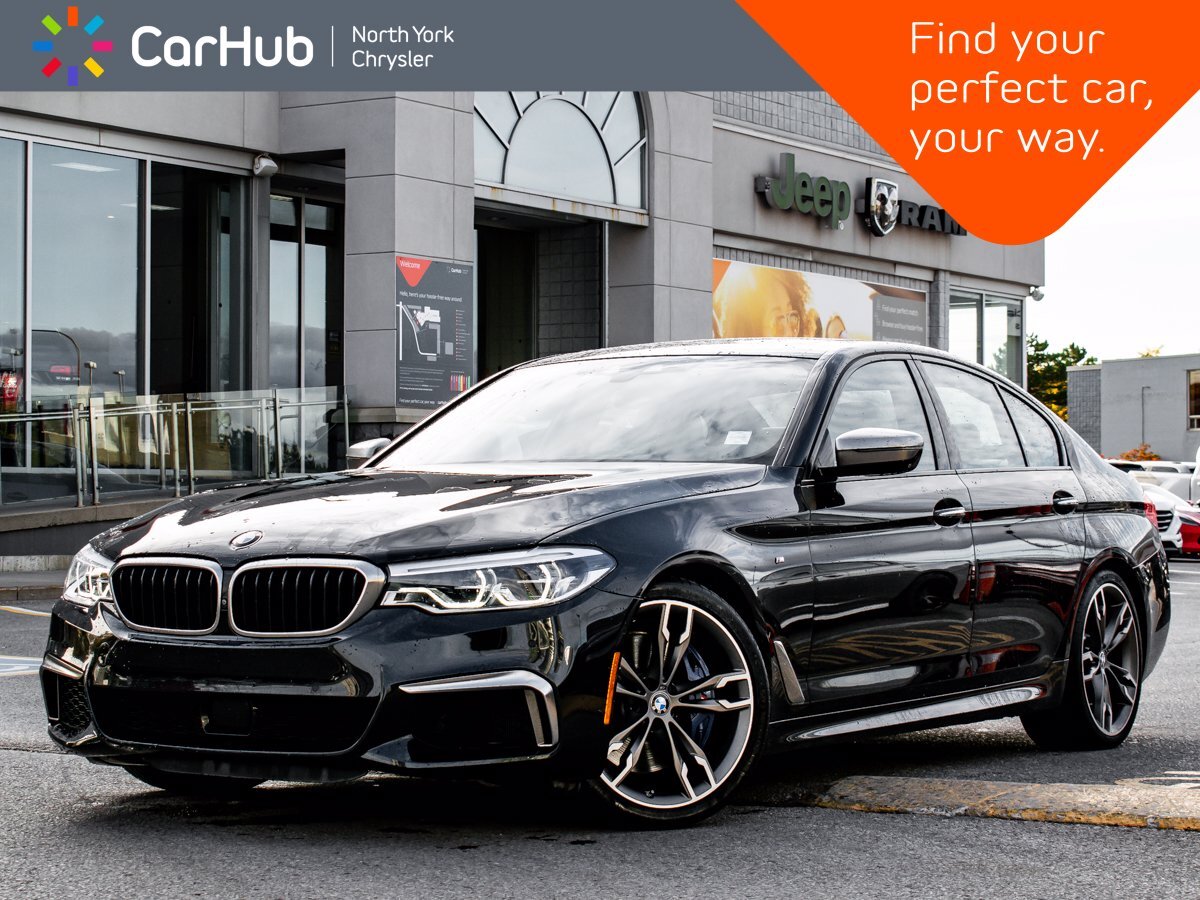 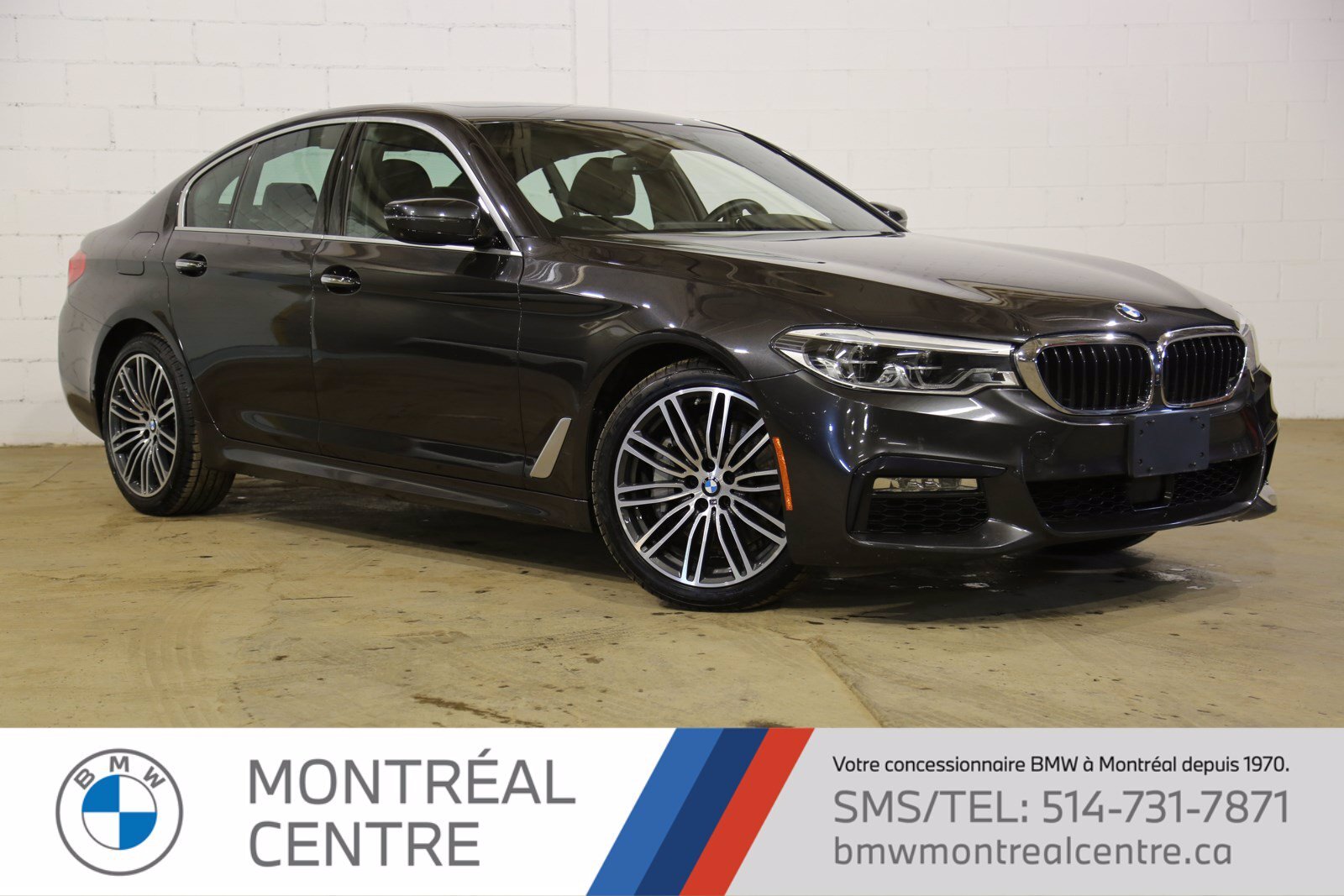 I think it’s worth mentioning that less than $97,000 will buy you a Tesla Model S in 75D trim, an all-wheel-drive, all-electric car that promises 416 km of range and more straight-line performance than the 530e. It may be avant-garde in many ways, technically speaking, and while it’s still kind of novel to see one on the street, it’s a pretty conventional-looking car that could appeal to a conservative buyer who might consider a PHEV 5 Series.

The 530e is easy enough to like, but $4,500 seems like a big premium to spend on a BMW that’ll go 45 km without burning any gas – but only if I was content to not drive it the way the company has spent decades telling us their cars are meant to be driven. Ultimately, this car seems more like an attempt to get BMW loyalists on board with a future of fully electric motoring than a genuine attempt to create a better 5 Series. I appreciated the 530e’s ability to motor along on electricity alone; I only wished I could have spent more of my time in the car doing so.

About Chris Chase
As a child, Chris spent most of his time playing with toy cars in his parents’ basement or making car sounds while riding his bicycle. Now he's an award-winning Algonquin College Journalism grad who has been playing with real cars that make their own noises since the early 2000s.
Follow me
You may also like
8.0