While other manufacturers are dropping diesel like a proverbial hot potato following the recent emissions scandals, General Motors is stepping into the void by expanding their diesel lineup.

A much sharper beast.

The automaker now offers 34 diesel models globally – or did, if you count the 14 vehicles under the recently-sold Opel brand – centred around five core engines that range from a 1.0L three-cylinder up to a 6.6L V8.

Diesel sales are actually up, and clearly there is an opportunity to take advantage of for a company not spooked by Dieselgate.

But at a technical briefing on their new 1.6L turbocharged four-cylinder diesel last fall, GM spokespeople were coy on exactly how they were technically able to avoid the pitfalls that had felled other manufacturers. Citing the company’s “culture of integrity”, Dan Nicholson, GM’s VP of Global Propulsion Systems would say merely that they were “very good at what we do” and hoped that “professional journalists such as yourselves” would help them get the word out.

Uh, no. PR people get paid for that. What we do is try to find out what you’re not telling us, in order to help our readers make better choices.

We can, however, give you some details about the new 1.6L turbocharged four-cylinder engine, dubbed “Flüsterdiesel” or “whisper diesel” for its quiet and clack-free operation.

All these efficiency measures combined help it achieve a 6.0 L/100 km highway rating in the Equinox Diesel FWD, and an impressive 4.6 L/100 km highway in the Cruze Diesel. One of the more obvious technologies we noted is a large reservoir on the bottom of the engine that traps particulates, and once full, self-cleans by burning it.

Despite their long-range fuel efficiency and prodigious torque, many buyers still harbour lingering prejudices towards diesel, for their traditional clatter and stench. Modern passenger-vehicle diesels no longer smell, but sound engineering is an ongoing battle.

GM has come up with a number of ways to help the 1.6L live up to its “whisper diesel” designation. Much of the clatter originates when the fuel leaves the injectors and ignites in a single bang. A new state-of-the-art set of solenoid injectors, each with eight precisely drilled holes, releases the fuel in sequenced bursts through the combustion cycle, for a slower and more gradual burn. The timing chain has been moved to the back of the engine, where any noise will be trapped within the transmission’s bell-housing. The engine itself is covered with an insulating clamshell, the fuel rails are enveloped in foam, and finally, there’s a sound-deadening hood liner exclusive to the diesel models.

Now in its third generation, the Equinox was completely revised for 2018. There are three engine choices: a 170 hp 1.5L turbocharged four-cylinder, a 250 hp 2.0L turbocharged four, and the recently arrived diesel. Only the turbo-charged 2.0L engine comes with GM’s new nine-speed automatic transmission, the other two are paired with a six-speed.

With an output of 137 horsepower and 240 lb-ft of torque, the Equinox Diesel is not overly powerful, but 90 percent of that torque is available as low as 1,500 rpm. The near-instantaneous response makes the engine feel stronger than it is. But diesels are often chosen for their torquey towing abilities, and this Equinox’s max tow rating of 1,500 lb falls far below the 2.0L turbo’s 3,500 lb.

Our tester is an AWD Premier model, with a combined fuel rating of 7.4 L/100 km (8.5 L city; 6.1 highway). The official Energuide numbers are bang-on: during a week of mixed driving, the Equinox Diesel consumed 53.25 litres over 718 km which works out to exactly 7.4 L/100 km. The front-wheel-drive diesel model is reportedly capable of travelling up to 928 km on a single tank of fuel.

The diesel also requires a DEF (diesel exhaust fluid) refill every 8,000–9,000 km, which is used by the exhaust system to neutralize emissions. All models now come with the automatic stop-start function to conserve fuel while idling.

The current vehicle is a much sharper beast than the rather forgettable Equinox of old, with crisp, clean lines. Based on the same D2 architecture underpinning the Buick Envision, the Equinox sheds 400 pounds – a 10 percent weight reduction – over the previous outdated Theta platform.

In this segment, space and utility are paramount. Despite its compact size, the Equinox’s cabin space remains virtually the same as the outgoing model’s. The rear seats have given up their ability to slide fore and aft, in exchange for a more useable and flatter floor when folded. Maximum cargo space increases to 1,798 L, including a hidden compartment beneath the trunk floor.

The Equinox follows Chevrolet’s familiar packaging strategy by offering three models: LS, LT, and Premier; and two packages – “Confidence & Convenience” and “True North” – available on the LT and Premier. All trims are available in front- or all-wheel drive, but it seems we Canadians are nearly unanimous in preferring AWD, which represents 80 percent of all Equinoxes sold here. The AWD system can conserve fuel by directing power to just the front wheels when extra traction isn’t needed; or torque to all four wheels can be manually locked in by the driver.

Moving up through the trim lines adds extra goodies, like a heated steering wheel and rear seats, HID headlights, a hands-free power liftgate, an eight-inch in-dash touchscreen and 4.2-inch instrument cluster display, and wireless charging. The Premier trim gets rear park assist, plus side blind-zone and rear cross-traffic alerts. 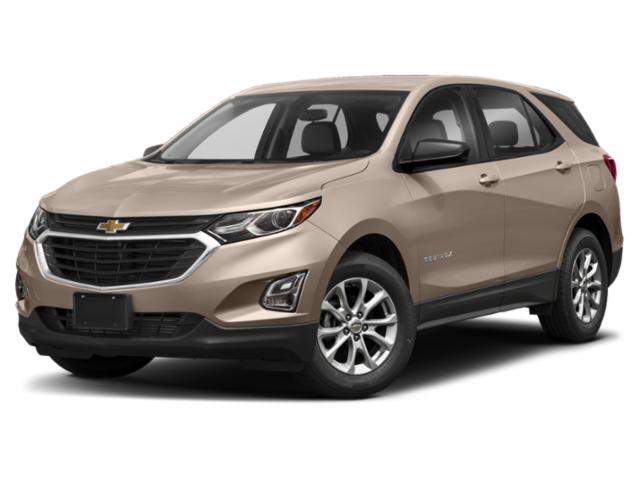 The Equinox Diesel is a quiet, comfortable, and efficient vehicle, with next to no audible clues identifying its drivetrain. It offers plenty of room and versatility as a daily family commuter and best-in-segment fuel economy. However, the fuel savings come at a cost – the diesel is the most expensive model in the Equinox lineup – and it’s only available in the top two trim levels. Starting price is $34,120 compared to $25,445 for the base 1.5L and $34,020 for the 2.0L turbo front-wheel drive. At $37,945, plus $5,795 for the True North package – our $43,740 AWD Premier tester is the priciest Equinox you can buy.

About Lesley Wimbush
In 5th grade, Lesley traded drawings of muscles cars for chocolate bars and things really haven't changed much since then.
Follow me
You may also like
7.5