Here’s a cabin that will, in no uncertain terms, wow drivers and passengers at first blush and on close inspection, as it glistens before you like the bacon-wrapped turkey on the cover of the Chatelaine Christmas issue.

As I write this, there’s an all-new, next-generation, totally redone 2019 Ram 1500 heading to market – making this my final review of the outgoing generation, which has been a hearty seller for years.

We’re saying sayonara to the current 2018 Ram 1500 with a bang: the following review deals with the high-luxury Tungsten Edition model – now on offer as the range-topping Ram 1500 and designed to appeal to a growing number of shoppers after a pickup that doubles as a rolling luxury lounge. If you’ve got a crystal decanter full of ritzy scotch on the desk in your study, or if you dabble in casual weekend falconry, this might be your truck.

The big story? For the Tungsten Edition, designers left no stone unturned (and no leather un-stitched) in order to apply as much swank and glitz and bling as possible. She’s a looker: instantly Ram 1500, instantly a little athletic, imposing, and in this tester’s case, upscale. Here’s a machine that wouldn’t look out of place doing truck stuff all day, or parked outside of a fancy establishment after a little bit of a hose-down. Still, most of the upscaling of the Ram 1500 for the Tungsten Edition has been carried out on board, and we’ll get to that interior soon.

The tester got all provisions expected of a top-line Ram, including four-wheel drive, air suspension, an eight-speed automatic, and the tried, tested, and true Hemi 5.7-litre V8 engine with output pegged at the better part of 400 horsepower.

By the specs, this engine is getting old. There’s no direct injection. No twin-turbocharging. And sure – some more modern pickup engines make more torque and use less fuel, but for more than a few truck-nuts in my immediate circle, this Hemi is a favourite: it’s been around for ages, it works well, and it’s tops for consideration when long-term ownership is on the horizon, as FCA has built a trillion of them. For many, this engine is considered ideal if you’re going to own a pickup for the long haul.

It’s a proper engine, too: it sounds like a Hollywood car chase scene when pushed, feels nearly invisible when driven gently, delivers strong low-end torque, and amounts to a flexible overall performer. The Hemi can even shut down half its cylinders in moments where you’re driving like a yoga instructor, to help save gas.

The air suspension furthers the fuel-saving goals: it can lift the truck for off-road use, or hunker the body down to the ground to slip more cleanly through the air, or to make loading of passengers and gear easier.

In back, the included tonneau cover tidies the look, and conceals and protects your stuff. Nearby, the Ram Box storage bins built into the bed-sides keep smaller gear locked away, protected, and out of sight. They’re weatherproof, lockable, drainable, and even have an emergency release if you happen to find a way to lock someone inside, which you won’t.

Some people don’t like the Ram box system because it takes up space in the bed. This prompts many Ram Box detractors to leave nasty (often poorly worded) comments about fitment of an ATV or other large item in the truck’s box. Touchy subject, the Ram Box.

That’s fine though: if you don’t like them, they’re optional – and skipping them will save you $1,200. You’ll want to put this surplus of funds towards leather care products.

Look on board to see why: the Tungsten gets a full 50 Shades of Grey-spec cabin treatment, via a nearly overwhelming amount of stitching, chrome doodads, accenting, metal, embossing, plaques and plates and luxurious leathers of various shades, textures, and intents. It all passes inspection with both the eyes and fingertips, and much of the cabin feels as rich as it looks. Few elements have been spared excessive swankification, and any part of the cabin that could pass through a sewing machine has – multiple times.

A rewarding use of colour and contrast are presented, which helps tie the cabin together as a whole, rather than appearing as though a bunch of extra burlesque-looking add-ons were simply tossed in. Hell, even the instrument cluster has been jazzed up with a splash of texture and colour on the trim surrounding the readouts. Here’s a cabin that will, in no uncertain terms, wow drivers and passengers at first blush and on close inspection, as it glistens before you like the bacon-wrapped turkey on the cover of the Chatelaine Christmas issue.

One gripe though: the rear document pockets flaunt gnarly-looking metal buckles of the same sort you’d expect a medieval warrior to cinch up before a little showdown with a fire-breathing dragon. These look pretty swell for a moment, but are ultimately cheesy enough that you’ll wonder if an orange cheetah will arrive soon after you look at them.

Elsewhere, feature content mostly backs the price tag up. Included were a motorized rear window, a potent Alpine stereo, a sunroof, and one of the best central-command touchscreen interfaces on the road. Ram’s central command system is the cats meow: it responds right now when you touch it, operates with consistent speed and accuracy, and is logical to use, even when speedily finger-flicking through the hundreds of functions its controls.

At-hand storage facilities border on excessive, with no shortage of bins, cubbies, consoles, and compartments to keep smaller items organized, charging, out of sight, and secure.

Elsewhere, it’s typical Ram 1500. Expect a great driving position, a ride that feels tough and very durable though typically without undue discomfort on rough roads and trails, and even decent brake and steering response, as trucks go.

The eight-speed automatic shifts via a studded metallic dial, similar in form to the sort you’d find on an expensive smoothie blender. It’s not hard to use, provided you’ve established object permanence and aren’t three, since it’s, literally, just a dial.

But two issues. First, if you’re angry, you can’t tell the dial, since it can’t be slammed, yanked, or manipulated with any aggression. (Usually, you turn it with an opposing thumb and pointer finger, pinky optionally raised.)

And second, should your favourite Clapton tune arrive on the radio while parked, you’ll need to exercise caution when cranking the volume: twist the wrong dial, and you’ll probably remodel the backside of that Lexus parked in front of you. 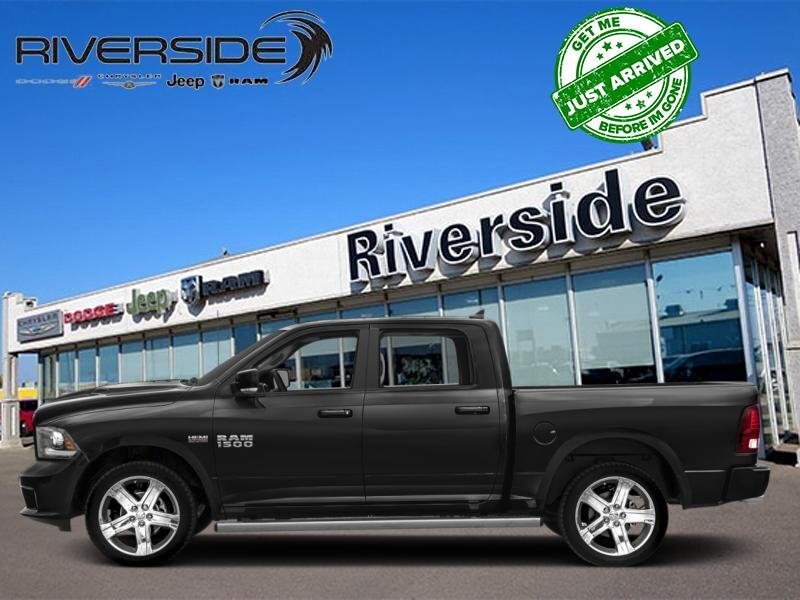 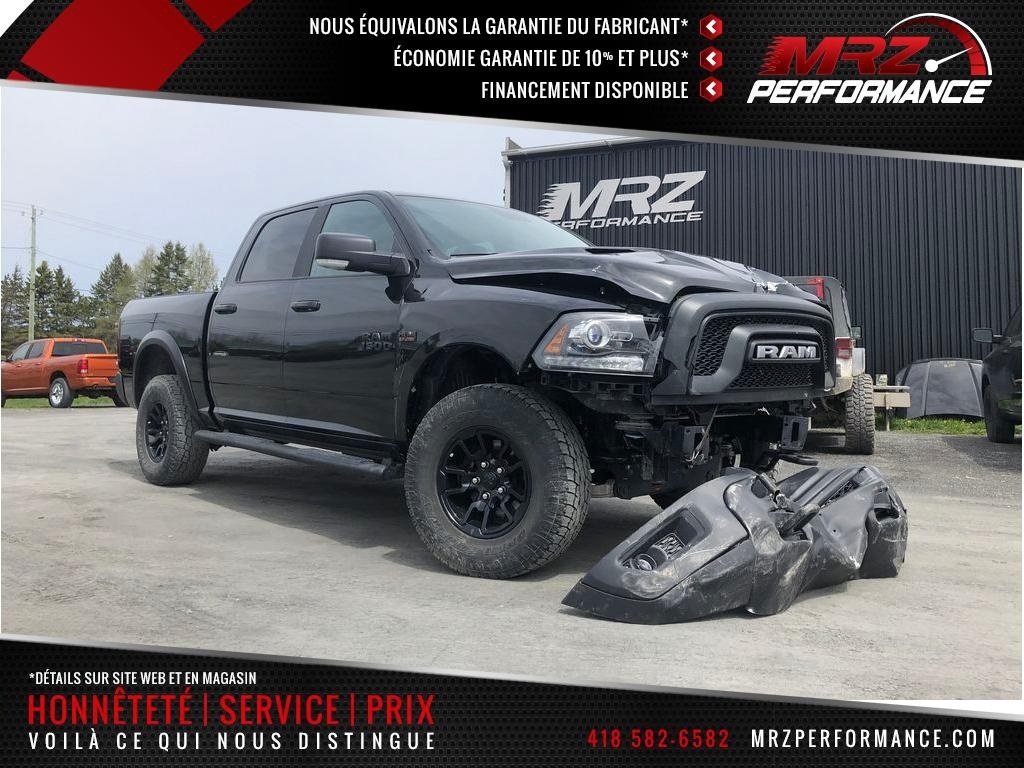 Typical gripes elsewhere. This one gets a good bit thirsty if you’re not driving it gently, and it can be a bit of work to park if you’re not used to a big truck. Also, it has halogen headlights, despite the nearly $75,000 price tag. That’s like serving an expensive filet mignon with a side of KD.

Ultimately, here’s the most gussied-up version of the oldest brand-new big-three pickup available at writing. Shoppers after glitzy luxury galore with one of the most proven pickup drivelines on the scene will want to give it a close look, while they still can. Ram Tungsten pricing starts around $60,000, and the all-new Ram 1500 is incoming soon.

About Justin Pritchard
Justin Pritchard is an automotive journalist, consultant, TV presenter, and photographer based in Sudbury, Ontario.
Follow me
You may also like
7.9