Turbocharger lag is a characteristic of turbocharged engines, experienced as a split-second delay between a good poke on the throttle, and the arrival of the requested surge of thrust.

Soul Turbo slathers an extra dose of performance sauce over an already-appealing package.

A turbocharger is an air compressor driven by the engine’s exhaust gasses. When engaged by a heavy boot, it shoves compressed air into the engine to make it more powerful. Thing is, it takes the turbocharger a half second or so to get working when called upon, hence the lag. In modern turbo engines, this is typically so subtle you don’t often notice, unless you’re looking for it.

In the 2018 Kia Soul Turbo, only that brief touch of lag separates a big poke on the rightmost pedal from a hearty press into your seat, as the funky little compact starts gobbling up the pavement ahead at a pleasing rate.

The more recently available turbocharged variants of the Soul use a smaller 1.6-litre engine (most non-turbo models run a bigger 2.0-litre four-cylinder), though the added kick from the turbocharger means the Soul Turbo generates an additional 40 more horsepower, despite the smaller displacement.

And, it’s not just the size of the Soul Turbo’s power increase that’s important – it’s how it uses it.

First, peak torque of 195 lb-ft arrives from just 1,500 rpm, meaning that the turbo engine is cranking out maximum thrust from very low revs. This translates into a nearly instant gush of power in response to heavy throttle inputs, and a more effortless feel when driving gently. In situations where Soul’s non-turbo engine has to spin faster and make more noise, the little turbo-four is gliding things along with far fewer revs, far less noise, and far more urgency. Put simply, the turbo engine is punchy and responsive at the sort of revs where the Soul’s standard non-turbo engine is still rolling out of bed.

Second, the turbo-specific seven-speed dual-clutch transmission (DCT) sees less performance and power sucked up by the gearbox. Gears shift faster, more cleanly, far more precisely, and with a pleasing sense of urgency. There’s no perceptible interruption in forward acceleration during upshifts, which take place very quickly, and so smoothly you virtually never feel them. This performance-oriented gearbox employs attributes of both a manual and automatic, but has no clutch pedal, and makes better use of the engine’s power, more of the time.

Taken as a whole, Soul Turbo’s powertrain shines most brightly during spirited driving – thanks to nearly instant thrust, a meaty power-curve, plenty of acceleration on tap, and the delightful sense of the transmission firing off gear changes in rapid succession as the tachometer needle flits away while gears come and go.

If you’re torn between a standard Soul, and a Soul Turbo, be sure to drive both. Compromises for going turbocharged should be minimal in the long haul: the Soul Turbo doesn’t require premium fuel like many turbocharged vehicles do, and runs strong on regular grade gas. Other than the bump in price, potentially higher insurance costs, and slightly increased fuel consumption, there’s little to consider.

So: Soul Turbo slathers an extra dose of performance sauce over an already-appealing package, depending on what you’re after. Here’s a vehicle with many strengths and few weaknesses.

Funky design, inside and out

Styling tends to attract Soul shoppers in for a look, with solid feature content value and everyday-friendly utility vehicle execution helping to seal the deal. The look is distinctive, unique, and busy: there’s lots going on, thanks to the extended use of exterior accenting and colour contrast, vertical taillamps, and that oh-so-instantly recognizable mug. Soul is one of just a few machines at this price that manages to pack in such a serious visual wallop for your dollar.

That’s continued on board. From a mere glance, numerous uncommon styling elements capture your attention first and hardest. Notably, the pedestal-like shape to the front speakers and rounded form to the dash and console grab the eyeballs. From there, the expertly deployed accent stitching and unique patterning and shapes and colours help complete the package. Don’t miss the steering wheel, which literally wouldn’t look out of place in the sort of six-figure exotic performance car owned by folks who have money fights in their summer homes.

In summation thus far, Soul Turbo scoots nicely, and looks great, inside and out.

On the functionality front, it’s mostly good news, too.

You experience the appeal of the Soul’s tall and boxy proportions just by getting in and out. Unlike a compact car, entering and exiting the Soul requires a mere slide to one side or the other, and the smallest of climbs up or plops down to enter and exit the seats. The tall roof and big door openings help make this one a cinch to board and exit. If you’re a recent recipient of a new knee or hip, or someone who’s mobility-challenged, here’s a machine you can run errands with all day long, with minimal worry about discomfort after repeated boarding and exiting.

Front seats will accommodate two average-height adults with headroom to spare, and should prove just fine for most taller-than-average folks too. The Soul’s roof is high, which means the windows are taller, which means there’s very good outward visibility in most directions. Plus, with a light and fast low-speed steering setup, the Soul is eagerly maneuverable in tight quarters, too. With the rear-view camera and boxy shape, you can practically see the rear corners of the vehicle, which makes positioning even easier.

Rear seats are generously sized, with plenty of legroom for even leggier passengers, and more-than-decent headroom to boot. Got tall children? You’re well covered here.

Further back, the cargo hold is smaller than some will expect, given Soul’s shape. It’s tall and wide and square, but relatively shallow. Transporting larger items will likely require removal of the cargo cover and/or folding of one or both rear seatbacks.

Soul Turbo’s highway ride is mostly compliant: soft around the edges, it undulates notably but with control over bumps and dips, and shouldn’t see most test drivers finding cause to seek something more comfortable. The shocks ride a centre line between soft and spongy and rock-hard. Plus, the up-level stereo system is a potent long-haul listening companion.

Finally, the headlights are powerful, helping to enhance safety and reduce eye strain after dark, even if the reach of the high-beams could be greater.

In fact, there are just three situations in which the Soul Turbo may disappoint.

First? On the highway at higher speeds, wind noise seeps in from around the edges of the windshield. Much beyond about 100 km/h, you’ll have to start raising your voice slightly to converse with nearby passengers.

Second? On broken pavement, ride quality is easily knocked back a few pegs with a little more jarring harshness than I like allowed back into the cabin. The tester’s large wheels (and thin tires) were partly to thank. Note that the roads in Sudbury, Ontario, where I live, are “worst case scenario” territory. Test drivers are advised to visit the roughest available road to confirm satisfactory comfort levels.

Third? Creeping at low speeds, the DCT transmission can feel a little clumsy. Since the guts of this transmission operate similarly to a manual gearbox, it can feel a touch disconnected in situations where very small throttle inputs are required to get moving. Specifically, very light throttle pressure may fail to get the vehicle moving right away, or occasionally see it starting it off with a lurch. Much of the time, this is a non-issue – and the price to pay for how nicely this gearbox works when driven hard.

Still, in situations where tiny little throttle inputs are required, Soul Turbo can feel, just a touch, like it’s being driven by a manual-transmission novice. 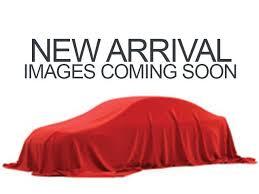 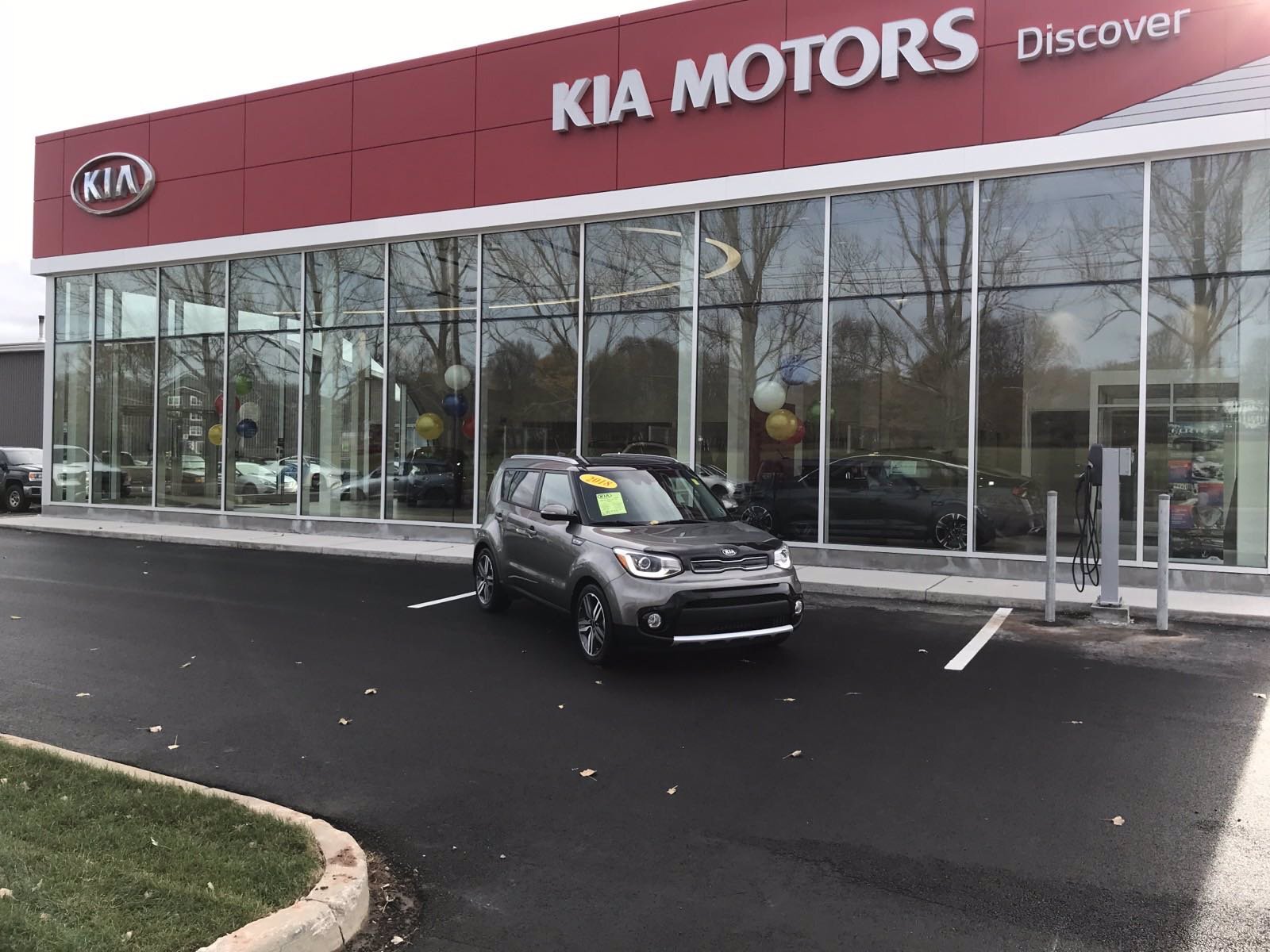 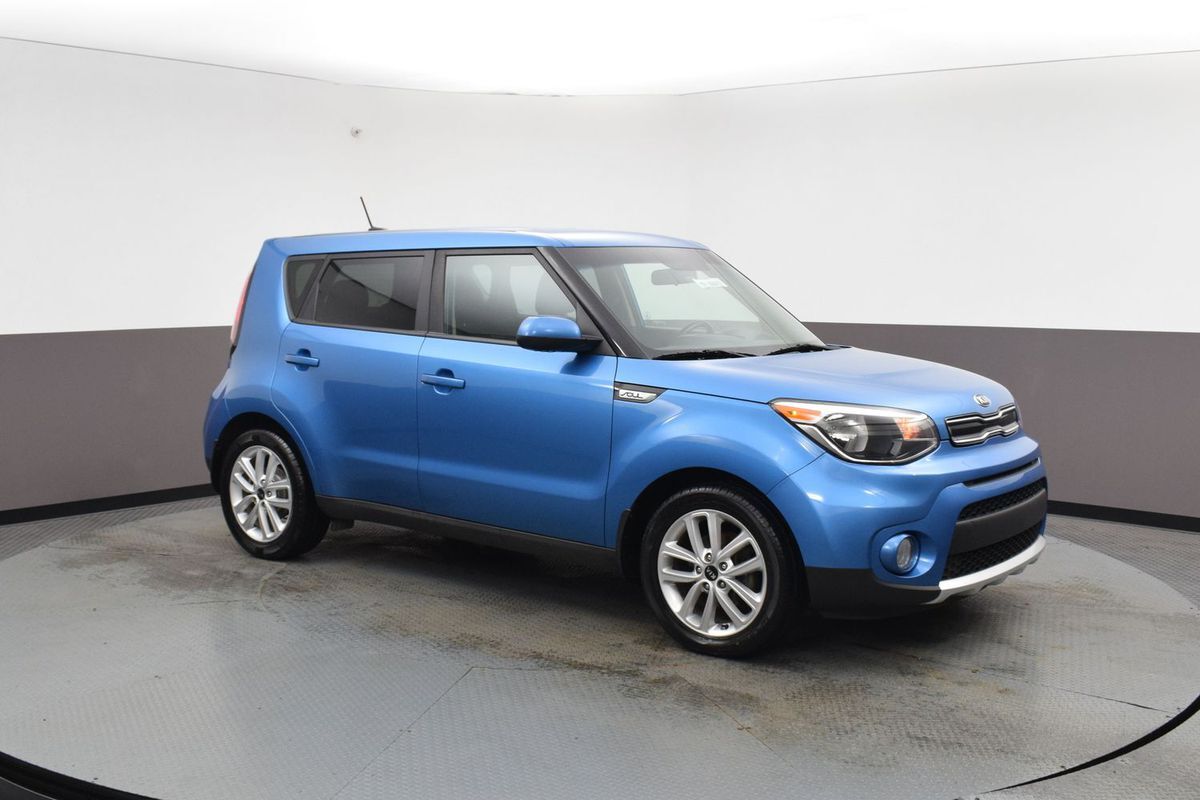 One final note: the central command system is one of the most logical and straightforward on the market. Learning some competitor systems can be more frustrating than being sniped by Fraser the Laser in Call of Duty for the 871th time, but with Kia’s setup, even the least tech-savvy folks will have it licked in moments.

End of the day, here’s a machine that should appeal strongly to a shopper after something unique, flexible, easy to drive, even easier to live with, and all wrapped up in distinctive styling and powered by a pleasingly punchy little engine. If these priorities align with yours, the minor drawbacks should be easy to overlook.

If you’re in the market, also consider the Toyota C-HR, which is a ride-quality leader, and the Jeep Renegade, which is no less funky but packs 4x4 and some off-road chops, too.

About Justin Pritchard
Justin Pritchard is an automotive journalist, consultant, TV presenter, and photographer based in Sudbury, Ontario.
Follow me
You may also like
8.4