Mini is a special brand. Although it is a part of the BMW stable of brands, it’s not a full mainstream brand as Toyota is to Lexus, or Volkswagen to Audi. It was revived from the ashes of a beloved microcar series on a wave of retro nostalgia, but while others have moved on or faded, the Mini brand has thrived and grown, both figuratively and literally.

Plenty of performance chops, loaded with fun features and style, and has just enough practicality for a family of four to survive, so what’s the catch?

It had to. In order to avoid what happened to Smart and Scion, BMW wisely got ahead of diversifying the Mini lineup, starting with variants of their core small car, and then spreading development costs of a small SUV platform for the BMW X1 and the Mini Countryman. Like the X1, the Countryman is in its second generation, growing to be more practical for the North American and Chinese markets.

Now, some people will rail against the Mini Countryman for far exceeding the brand’s mandate, but the way I see it, this is the MINImum size a family of four would need to get by. At 4,313 mm long with a 2,670 mm wheelbase, it is over 200 mm longer than the first-generation Countryman with 75 more mm in its wheelbase, and that puts it right in the ballpark of other practical subcompact crossovers like the Honda HR-V and Subaru Crosstrek.

While the similar dimensions might not result in superior passenger space, it is close, with 1,026 mm front legroom and 956 mm of rear legroom falling just a bit shy of the legroom of the HR-V (1,047/998) and Crosstrek (1,095/926). That legroom is definitely enough that I could adjust my front seat without worrying about my kids knees being jammed in the back as the are in smaller Minis. The Mini Clubman isn’t far behind in interior space, but the low height makes managing young children (installing child seats, getting infant seats into their bases, buckling up toddlers) a pain in the back.

The same goes for cargo space, where the Countryman easily beats the Clubman, but falls short of competitors like the Crosstrek and HR-V. The Countryman offers 450 L of trunk space and 1,390 L maximum, and 40/20/40 split-folding rear seats give it maximum flexibility within its small confines. I was perfectly happy with the space as it had enough room for my son’s hockey bag and mine, and I could drop the middle rear seat to fit a hockey stick. Skiers and snowboarders will also appreciate this as they can skip hassling with a roof rack and just bag their gear and slip them in.

While the Countryman is small on practicality compared to compact and midsize crossovers that you can get for the same price, it is comes with plenty of features and is loaded with the personality unique to the Mini brand. Mini is all the master of special editions, and the unit we drove was specced out in the Midnight Black Edition trim, a fully loaded model with all the features of the Classic and Premier+, plus carbon-fibre mirror caps, gloss black accents around the headlights, grille, and taillights, and 19-inch wheels with performance tires. Highlights of the Classic are a panoramic sunroof, heated front seats, and tilt-adjustable rear seats, while the Premier+ classes up the joint in piano black interior trim, head-up display, extended navigation functions, Harman Kardon audio upgrade, and satellite radio.

Although the audio system sounds great and the display is fresh and funky with colour-coded menus and neat icons for all the functions, screen real estate is severely limited by the stylistic decision to house the screen inside a glowing circle. It looks cool, but essentially adds nothing to functionality, and buttons are smaller with harder to read labels, and it will take a longer learning curve to get used to the circular layout.

I did find it helpful that it is a touchscreen, because the control knob is in a very awkward position relative to the armrest: with my forearm on the armrest, my hand couldn’t quite reach the knob, so I had to either flip the armrest out of the way or just manoeuvre around it. And it’s not like parent-brand BMW doesn’t know how to master this ergonomic foible – pretty much every BMW car has an armrest that leaves the hand naturally resting where the iDrive controller is positioned. However, Mini designers apparently outrank the Mini User Experience team.

Despite my objections to the controller positioning and screen real estate, I actually agree with that approach: Mini has built some of the most unique interiors in any mainstream car, and I would be totally willing to put up with those quirks because the design put a big goofy grin on my face every time I reached down to toggle it into Sport mode. They have embraced their retro roots with toggle switches, circular gauges, and subtle plaid and argyle motifs here and there, but the modern amenities are still accounted for.

Some people don’t get the Mini brand because it is small or compromised, and at the other end of the spectrum traditionalists get hung up on its larger footprint compared to the original ’60s icon, but it’s a bundle of fun more about smiles per minute than cargo volume or kilometres per hour. While the Countryman doesn’t have the same adorable googly-eyed face of the smaller cars in the lineup, it worked for me as a big, goofy Great Dane rather than the bulldog personality of the cars. 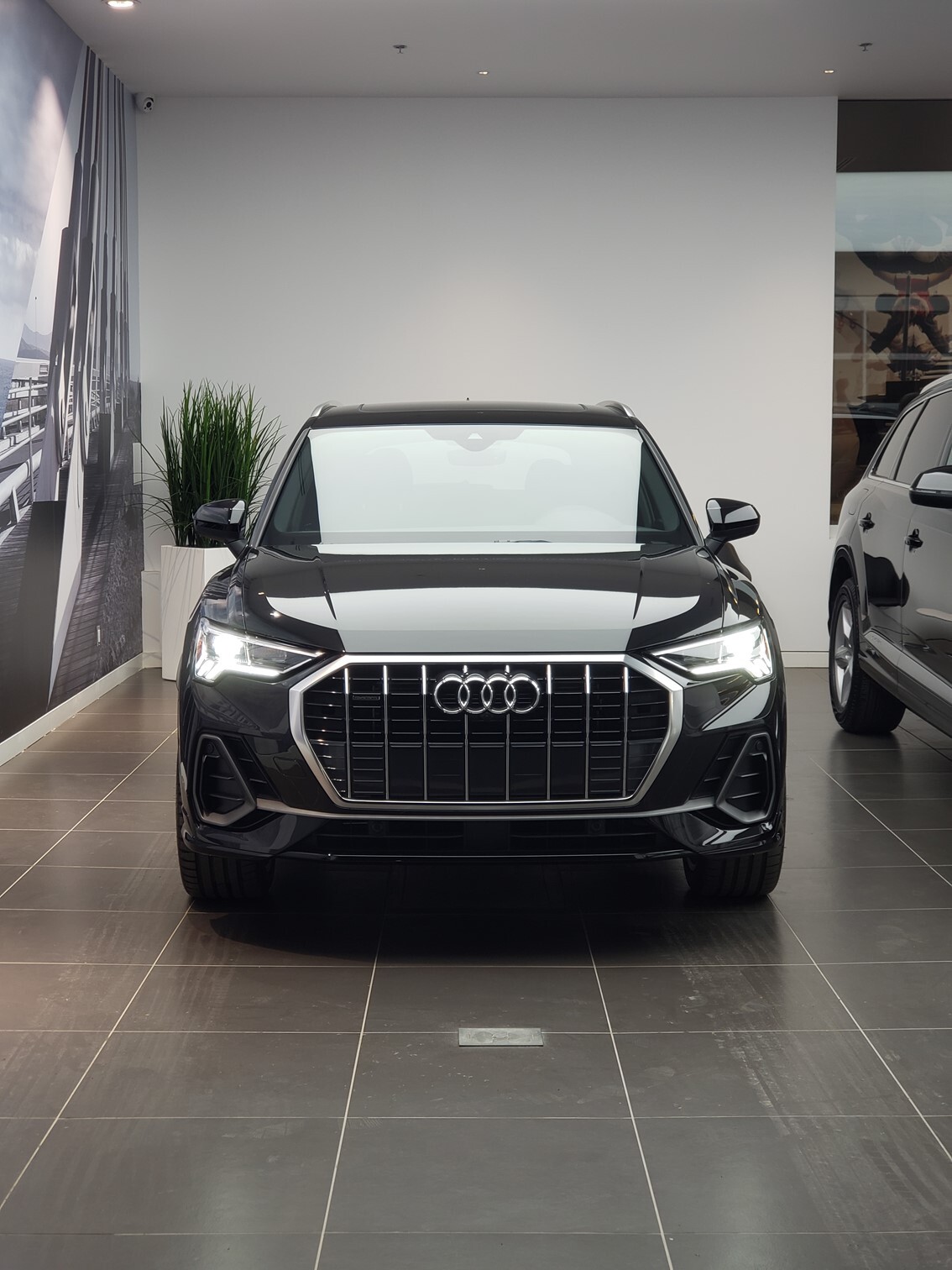 That personality isn’t limited to design, either, as it informs the driving character of the Countryman, especially as seen here in John Cooper Works trim. The JCW gives the maxi-Mini all the power it needs – it’s not quite bonkers like the three-door hatchback is on this same dose of power, but the 228 hp and 258 lb-ft of torque from this 2.0L turbo-four are certainly enough for its size, with plenty left over for fun and games. At 1,657 kg it’s not light, but working with the eight-speed automatic and all-wheel drive, the JCW Countryman reaches 100 km/h in 6.5 seconds, so it’s right there in hot-hatch territory.

Fuel consumption is underwhelming at 10.6 L/100 km in the city, 7.8 on the highway, and 9.3 overall; but that’s no surprise considering this is the performance model of the batch. If efficiency is a major concern, Mini does offer a Countryman in plug-in hybrid form, which is nearly as powerful and has 19 km of pure electric range to make it an incredibly efficient little crossover.

But back to the fun-wagon at hand, the JCW Countryman, whose power will never overwhelm you or the all-wheel drive system, but has plenty of speed to get ahead of traffic and handling chops to match. The heavy steering matches nicely with a car that feels a bit heavy, but it still responds eagerly, turning in quickly and exhibiting very little body roll thanks to a stiff suspension. Stay in it in the corners and it naturally and uneventfully starts to push wide. There’s plenty of power and big paddle shifters, so you can take it into your own hands to brake harder, load the tires and be in the right gear to power out of corners, the all-wheel drive helping to balance power delivery from the responsive throttle in sport mode. That being said, it’s still a small, family-friendly crossover, so align your expectation with that rather than holding it to unrealistic standards.

To me it felt like it channeled the spirit of Mini rally legends and current Mini racing programs (Dakar anyone?), because it has enough ground clearance and suspension give to take bigger bumps in stride, and an all-wheel drive system that is happy to play on any surface.

Of course it’s not all fun and games, and that little edge taken off the suspension to make it off-road capable also make it less punishing than Mini cars. You still feel pretty much every road imperfection, but they are thumps rather than jarring clunks, and the Countryman settle back nicely and carries on. Likewise, the transmission and throttle are less frantic in normal mode and even more subdued in Green mode, so you can commute in a lazy fashion, although there was no adaptive cruise to take the stress out of rush-hour jams. Out on the open highway, it’s nicely settled and quiet, with that weight giving it a very planted feel. Although it’s the biggest Mini, it’s still a small car and parking it is problem-free, with available back-up sensors that help alleviate the challenging rear visibility.

So the John Cooper Works Countryman has plenty of performance chops, loaded with fun features and style, and has just enough practicality for a family of four to survive, so what’s the catch? The price. Oh dear, that price. The Countryman, in its most basic 134 hp Cooper Countryman All4 trim, starts at $31,090, and the Freight & PDI fee tacks on $2,245.

The Cooper S Countryman makes a big leap to 189 hp and it’s not unreasonably priced, starting at $34,490, and a wide range of options available to dress it up. The 228 hp JCW Countryman takes a larger leap in pricing to start at $39,790.

Oh, were you thinking that if you get the efficient plug-in hybrid you might save a bit of money thanks to lower fuel costs? Think again, because it starts at an eye-watering $44,390!

Prices for each of these trims has gone up at least $1,000 over last year’s Countryman models, so a shrewd shopper might still find a more affordable 2018 kicking around.

If you’re looking for a reasonable compromise between value and performance, the Cooper S Countryman is definitely the way to go. But if you are willing to pony up the hefty price of entry for a John Cooper Works Countryman, you will be getting a car that is thoroughly entertaining all year long, just big enough to be useful for a wide variety of lifestyles, and something that will set you apart from the masses of small mainstream and luxury crossovers littering the city and suburbia.

About Jonathan Yarkony
Jonathan Yarkony is the former Senior Editor for Autos.ca and autoTRADER.ca, AJAC member, a Brampton-based automotive writer with years of experience evaluating cars and installing child car seats.
Follow me
You may also like
6.9