It was a snowy weekend of mild-ish winter temperatures – hovering around the freezing mark – and I finally had a few days to put the all-electric 2019 Jaguar I-Pace through its ion-infused paces.

As an EV enthusiast and owner, I had waited a long time for this moment. This is easily the first truly sexy-looking electric vehicle on the market, or possibly second, if the lower-slung Tesla Model S sport sedan is more your type. The I-Pace is certainly the handsomest of the upcoming trio of fully electric luxury SUVs – alongside the Audi e-Tron and Mercedes-Benz EQC – and more so than the only other all-electric luxury SUV on the market, the Model X.

This is easily the first truly sexy-looking electric vehicle on the market, or possibly second, if the lower-slung Tesla Model S sport sedan is more your type.

Its busy dance card and relatively recent arrival into Jaguar Canada’s hands as a loaner meant I wouldn’t get the usual full week with this sleek and seductive electric crossover. But it was still enough time to do a long-distance highway run in Canadian winter weather to check its real-world winter range.

Even if not quite in Arctic-frigid torture-testing cold (that’ll come soon though, when our resident northerner Justin Pritchard takes the I-Pace up to Sudbury), I was able to fully charge it at home and then run it down to as near empty as any sane person would, in winter conditions especially.

Having previously owned a 2012 Nissan Leaf, our family knew all about how official range estimates no longer applied once the cold hit. Granted, this $100K Jaguar features much more advanced technology and a much larger battery than that relatively affordable compact hatchback. With a promised range of 377 km on a full charge, I wanted to see exactly how long I could actually travel in regular comfort in this battery-electric vehicle (BEV) as actual Canadian owners will use it – with full warmth and accessories on, and at true highway speeds.

Walking up to the I-Pace, I was struck by how low the roof is for a crossover: parked in my driveway, it was roughly the same height as our Ford C-Max Energi, but noticeably longer when I moved its nose up to the same point as our plug-in hybrid. But the Jaguar features sultry curves that whisper elevated hot hatch almost as much as sophisticated future-mobile. Its muscular fenders up front taper to a curved roofline that slopes into a radically angled rear window, giving it a truly coupe-like profile.

That curved and relatively low roofline means it may not be the easiest crossover to bend into for less-mobile rear-seat passengers, but with generous rear-seat space and cargo room – and unimpeded cargo space, which is rare in any plug-in hybrid luxury SUV – it seems a small price to pay.

Range at 0° generous, but less than advertised

Climbing aboard the fully charged I-Pace, there was an estimated 352 km of range showing on its large central screen. Once I turned on the climate control to Auto at a usual 22 degrees, and rolled out of the garage into temperatures that hovered all day around freezing, the range adjusted itself to an estimate of 316 km.

Visibility in the I-Pace can be a challenge, and not just because its swoopy coupe-like styling lends itself to a relatively flat rear window and large blind spots. The large centre screen experienced occasional glitches – as per usual with JLR products, sadly. It wasn’t a problem the majority of the time, but I did experience a black screen within first 24 hours of picking it up. The radio still worked and the screen came back on about two minutes into the drive, but meant no backup camera when exiting the driveway.

And somehow, while looking for a permanent 360-degree view around the entire vehicle, I managed to set the rear camera off entirely. So in Reverse, I’d only see the backup image of the car graphic and hear the beeps, not even see on the screen what was just behind me.

In the I-Pace, when these issues come up, you really appreciate the rear cross-traffic warning system and rear sensors that beep when danger approaches. Hopefully, later build models and software updates will help smooth over some of these early production glitches.

I was now on my way to Kitchener and back from the west end of Toronto, on a route that took me roughly 230 km, so I was happy to see lots of extra range beyond my travels. Or so I thought.

But first, a word about the I-Pace’s modern yet somehow classic interior surroundings. There are still touches of polished wood accents on the dash, but screen surfaces dominate the interior, with the large main touchscreen up top controlling stereo and nav functions. Climate settings are controlled using the lower touchscreen and an accompaniment of knobs and buttons. It’s a familiar twin-screen layout found in more-recent Land Rover Duo setups, but with unique futuristic touches.

That includes the lack of an actual gearshift, which is very easy for a vehicle with no multi-speed transmission, or engine, or exhaust system, or any other manner of emissions-producing or -carrying equipment. Drive, Park, and Reverse are buttons on futuristic, 3D pillars from an aluminum-accented instrument panel, with storage space located all between and behind its artfully shaped arches.

Like most luxury vehicles, the gauges in front of the driver have also been replaced by a screen, allowing the speedometer and range readings to be reconfigurable with any number of nav, stereo, or car info options. I generally kept it as close to regular gauges as possible, as it provided a nice large view on the right of how much range remained.

Looking up, a beautiful huge glass panel panoramic roof impresses. It doesn’t open, or continue on unimpeded from the front windscreen as in a Model X, but then this layout also gives you normal-sized and folding sun visors, and no metal support bars in the middle of the sky if you’re soaking up the sunshine or view. If only the view out the back was this open and clear.

Driving is super quick, not ludicrous

From a driving perspective, the two electric motors provide a permanent all-wheel drive system that sends equal power front and rear. Total power is a worthy 394 hp, but what’s even more impressive is the 512 lb-ft of torque. Not only is that ground-shaking oomph worthy of any German luxury performance brand’s high-end sporting products, but this power is available right at launch.

Acceleration is great, but not outstanding, especially compared to a Ludicrous Mode–equipped Tesla. The 394 hp really comes into play on the highway, with major passing power at virtually any speed. It’s really the off-the-line torque that’s the most impressive to passengers: not only for its velocity, but also for its quiet turbine thrust. Sound is piped in to accentuate its futuristic personality.

There are two levels of regeneration available. It took a bit of time to find the one I wanted. I preferred the lesser regeneration mode because it feels more natural, like any regular luxury SUV. The Dynamic mode really helps put down some extra thrust, and there’s actually a bit of a growl, which is surely manufactured because there’s no internal combustion engine. It’s an entertaining response to the I-Pace’s naturally silent overall demeanour.

On the other hand, there’s also a setting to turn on Eco mode, which I always find a little ironic in a BEV: how much more Eco can you get than a pure electric vehicle? In BC, Quebec, and Ontario, all of which use little to no fossil fuels in their respective electricity grids, and where the vast majority of Canadian EV sales occur, there’s not much more eco-friendly you can get. Save maybe those other BEVs that use fewer electrons per kilometre than the Jag’s average, which is most of them. Not totally surprising, given the luxury and weight involved here, plus it’s Jag’s first BEV product.

Finally made it, but barely

Coming back to the GTA from Kitchener, roughly 180 km into my 230 km-ish journey, I started receiving range warnings about making it to my quick charger destination at Ikea, recommending me to find the nearest charging station. I went against my original plan by turning down the heat and slowing from the 120 km/h I averaged on the way out to just over 100 km/h.

A more fulsome "Low battery warning" came on with 30 km of range left, but the nav system erred on the side of caution, and started recommending I jump off highway for a quick recharge, even though my destination was a mere 10 km away. By this point the predicted range and actual range were lining up almost exactly.

So I made it. At roughly 0 degrees, on a winter-worthy road trip with mainly highway driving and normal heat from a full charge, the I-Pace travelled 263 km with 27 km of range remaining, equalling nine percent battery life (90 kWh).

It was a close call. The stressful situation that resulted was borne out of stubbornness to test its full range. There were multiple charging options if I had needed to stop. Still, I was glad I didn’t, and even more glad for the free quick-charge available at Ikea – even available after the store closed.

In the end, the Jaguar I-Pace’s svelte looks, beautiful interior, and (comparatively) long range make for a truly compelling package. Compelling enough to be chosen as AJAC’s 2019 Utility Vehicle of the Year – the first time an all-electric vehicle has won the overall Truck award. The Tesla Model X may offer three rows of seating and fiercer acceleration in its top models, but that version also costs roughly double the $103,210 of this here tester. That makes the I-Pace a truly unique offering on the market, no matter whether you’re in a province that offers EV rebates or not. 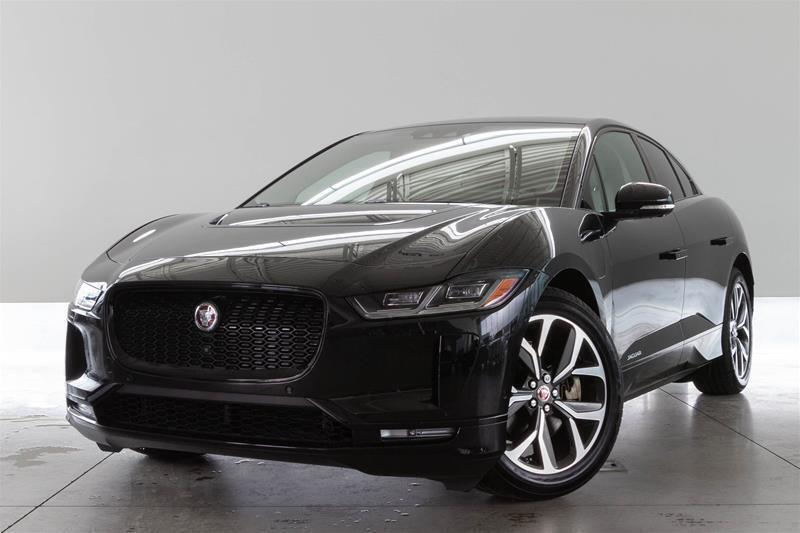 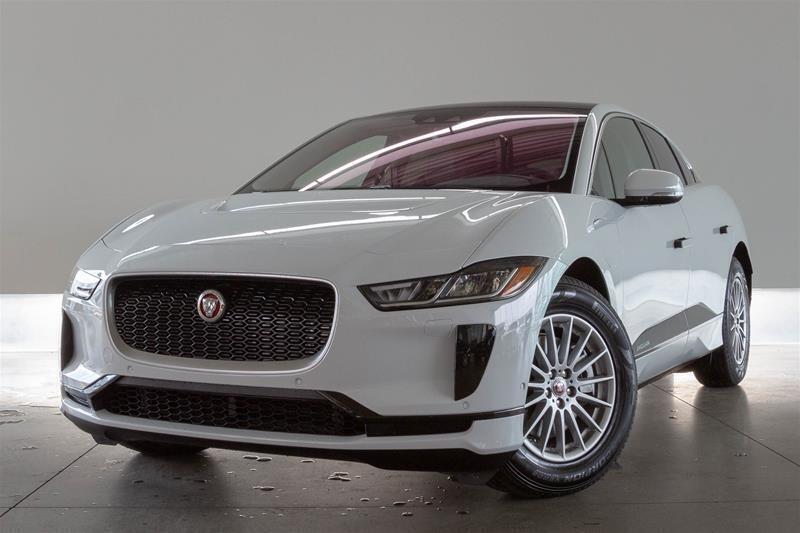 About Michael Bettencourt
Michael Bettencourt has been writing about cars and automotive topics for over 25 years, with over two decades as a member of the Automobile Journalists Association of Canada (AJAC). A journalism graduate of Ryerson University, he has won multiple awards for technical, vehicle testing, and green vehicle writing. Currently a judge for the Electric Vehicle Dealer’s Association awards, he bought his first EV in 2011, and follows the EV industry closely.
Follow me
You may also like
8.5