Because you just can’t have enough SUVs and CUVs in your line-up these days, Hyundai just released another one: the 2020 Venue subcompact SUV joins the Santa Fe, the Tucson, the Nexo, the Kona and the soon-to-arrive Palisade as the smallest entry in the South Korean manufacturer’s SUV/CUV line-up. Looking very much like a cross between the Kona and the Nissan Kicks, the Venue arrives as a lifestyle-centric entry aimed at younger buyers. No pricing has been announced, but Hyundai is saying that this will be the least-expensive entry into the world of Hyundai SUVs and CUVs. It’s a stylish thing, with nicely rounded lines complimented by a few more upright panels for a more funky, urban look. It’s no Scion xB, but it manages to appear both urban-chic and worldy at the same time.

It’s 130 mm shorter than the Kona, 30 mm narrower, 15 mm taller with a wheelbase measuring 81 mm shorter than that of the Kona. Interior volume, meanwhile, doesn’t take too much of a hit, sitting just 76 L down on the Kona. You can feel that, too; the front seats are as roomy as any adult would need them to be and while the rear seats are going to be snug for most, that’s par for the course in this segment, which has vehicles aimed at young couples with maybe a family of three.

Cargo capacity, meanwhile, is down just 14 L on the Kona when the rear seats are up, and the tonneau cover can be stowed along the rear seatback so you can fit taller items back there in a pinch if need be. Power comes from a 1.6L Gamma four-cylinder good for a claimed 7.1L/100 km, fed to the front wheels (there is no AWD option, but there is a snow mode for better grip) through either a six-speed manual (yes!) or an intelligently-variable automatic, Hyundai’s take on the more traditional CVT. According to them, the IVT is here to provide smooth driving without completely robbing the driver of the feeling that gears are being swapped, even if they’re not.

While the Nissan Kicks is also only available with FWD, it doesn’t get a manual transmission option. Score one for the Venue there. No power figures have been announced, however, so we can’t compare it on that front yet. Tech-wise, all the expected stuff is present – Android Auto and Apple CarPlay are both standard, as is an 8-inch display. Heated seats, steering wheel and navigation are all options, but you have to think that considering the buyer, the existence of the two smartphone apps should do just fine – after all, who doesn’t have an Android or Apple device these days? Not to mention that the Bluelink app allows you to use that selfsame device for remote start, rear defroster activation and heated side mirror activation, assuming you’ve specced the latter.

About the name: according to Hyundai, they’ve called it “Venue” because it’s a vehicle that people want to be seen in, what with its (optional) 17-inch wheels, bright colours and interiors finished in denim cloth. In that sense, New York City is the perfect place to launch it, this side of perhaps LA. Time will tell if they’re on point or not, but if it manages to grab the public’s attention like its Kona bigger brother has, Hyundai will have quite the 1-2 punch in the small crossover segment. 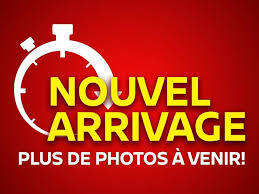 About Dan Heyman
Dan Heyman is a car guy through-and-through, ever since his first word was “Toyota”. Dan has worked as a full-time automotive journalist since 2010.
Follow me
You may also like
AdChoices
Latest Articles