The second-generation Volvo XC90 hit the road in late 2014, and quickly went on to earn numerous awards for its design, drive, features, cabin, and overall value.

With generous sizing, up to three seating rows, and a luxurious cabin that was elegantly simple and understated, the XC90 represented a fresh and appealing new face in a German-dominated segment. Notably, the new XC90 shipped with little less than Volvo’s latest in safety and communications technologies, as well as a full suite of features expected from a world-class luxury crossover.

Impressive safety scores will help add further appeal for the safety-minded shopper, too.

Consider the XC90 alongside comparable luxury crossovers from Audi, Mercedes, BMW, Lexus, Cadillac, Acura, and others.

All models ran a 2.0-litre four-cylinder engine which was enhanced by some combination of turbocharging, supercharging, and hybrid electrification, depending on the model selected. Models with the T5 designation got a turbocharged version of that engine, with 254 horsepower. Models with the T6 got a turbocharged and supercharged version of the 2.0-litre unit, with 320 horsepower. The high-performing T8 is a plug-in hybrid which uses a supercharger, turbocharger, and hybrid system to bump output to 400 horsepower while enabling emissions-free electric driving for shorter distances.

Most owners rave about the XC90’s uniquely understated and elegant design, both inside and out. A commanding driving position and relatively generous on-board space are also noted. The high-performing lighting system is a feature favourite among many owners, as is the optional stereo system upgrade, which is a must-have for audiophiles. A peaceful drive helps round out the package, and owners of T8-powered models report eight-cylinder performance and four-cylinder fuel consumption.

Some gripes include decreased ride quality on models with the larger wheels, and owners of the PHEV-powered XC90 T8 have reported that this model can take some time to heat up its cabin on colder winter days. Driving enthusiasts, further, wish for a more meaningful sound from the XC90’s engine.

If possible, seek out a used XC90 from a Certified Pre-owned (CPO) program at a Volvo dealership. This may cost a few bucks more than a privately sold unit, but CPO models must meet more stringent requirements for condition and care. Buying through a CPO program typically means the vehicle has been subjected to a higher level of reconditioning and inspection than a privately sold unit, and many owners find this worth the extra cost, in exchange for added peace of mind.

If you’re set on a T8-powered XC90, don’t forget to carefully check the charging provisions out before you buy. If the unit you’re considering comes with a charging kit or charging cable, carefully check for signs of damage, splits or cracks in the wiring, bent or damaged electrical prongs, sings of burning or melting, and any other damage. Using a charger that’s in less-than-perfect shape can be a safety hazard, so budget for a new one if you have any concerns.

XC90 models of this vintage may still be covered by some portion of remaining factory warranty. Confirm that all servicing is up to date, and that the past owner(s) have never skipped or stretched any maintenance intervals, as outlined in the owner’s manual. If any maintenance has been skipped or stretched (or if proof of its completion is not available), remaining warranty coverage may be compromised. Buying a used luxury SUV like this one without full service records is not advised.

According to this thread, test-drivers should plan to spend some portion of their drive at highway speeds, and be on the lookout for unwanted vibrations. Numerous owners have reported vibration problems that may cause the seats, steering wheel, or entire vehicle to shake, typically within a certain range of speeds or engine revs. The owner’s community has documented this problem, and at present, hasn’t identified a solution – though some owners have had luck solving the problem through an alignment, or wheel balancing, often after more than one attempt. Owners report mixed results at best in having dealers remedy the problem.

If you’re buying through a dealer CPO program and notice this issue on a test drive, do not take delivery of the vehicle until the problem has been rectified.

Some owners have reported water leaks into the XC90’s cabin, which may have more than cause. Here’s some more reading. On your test drive, pull the floor mats out of the XC90 (if equipped) and use your hand to feel for signs of dampness and moisture in the carpeting. The carpeting at the outer edges and corners of the vehicle’s floor are most suspect, and in some cases, water staining may be visible on the headliner, near the front overhead console.

Thankfully, a recall was issued to address this problem, as it may affect vehicle safety. Ask your local dealer to check the vehicle’s VIN number to see if the recall work was completed (if applicable). If not, dealers will inspect and replace a sunroof drainage tube on affected models, free of charge.

The XC90’s central command system allows drivers to manipulate hundreds of functions from a single, centrally mounted screen. Though owner reports of issues are rare, test drivers are advised to work their way through all system functions, ideally several times, to confirm proper operation. If the system exhibits signs of crashing, lagging, or stalling; a hard reset of the system, ignition-cycling the vehicle, or a software update may be the solution. If not, the entire head-unit may need to be replaced. Owners suggest there’s little to worry about, but now’s the time to make sure this possibly pricey-to-repair part is working properly.

On your test drive, be sure to drive the XC90 at light, moderate, and full throttle (where appropriate), while taking note of the gearshift quality. Anything less than smooth, solid, and precise shifting could indicate a sign of software trouble within the transmission’s computer brain. If you notice the transmission having any trouble shifting smoothly and consistently, a dealer-installed software re-flash is the likely fix.

On any used vehicle with a power tailgate, be sure to open and close the tailgate several times over the course of your test drive, operating it from the buttons on the tailgate, the dashboard, and the remote keyfob. If the tailgate fails to respond, suddenly reverses direction, or fails to open or close fully, some additional investigation is required. In some cases, a software update, or an adjustment to the tailgate latch or striker is the fix. Note that a weak or dying battery may cause issues with this component as well.

Though most XC90 owners report few if any issues, the owner’s community has started a discussion here about commonly reported problems. As you read it, note that the reports of issues are small in comparison to overall sales volumes.

Still, there are two takeaways. First, many owners recommend buying a 2017 or 2018 model where possible, citing a smoother and more trouble-free ownership experience. Second, the XC90 may make a great candidate for add-on warranty coverage, if applicable.

Here’s a list of recalls. You can look up if any recalls apply to the vehicle you’re considering by entering its VIN on the Volvo website.

Though some owners have reported several issues to be aware of, buying a healthy used XC90 from this generation is largely a function of taking a thorough and observant test drive, and having a Volvo dealer give the vehicle a full inspection before you buy. If there are no signs of water leaks or unwanted vibrations, a properly maintained XC90 will put you at the helm of one of the most award-winning SUVs on the road today. 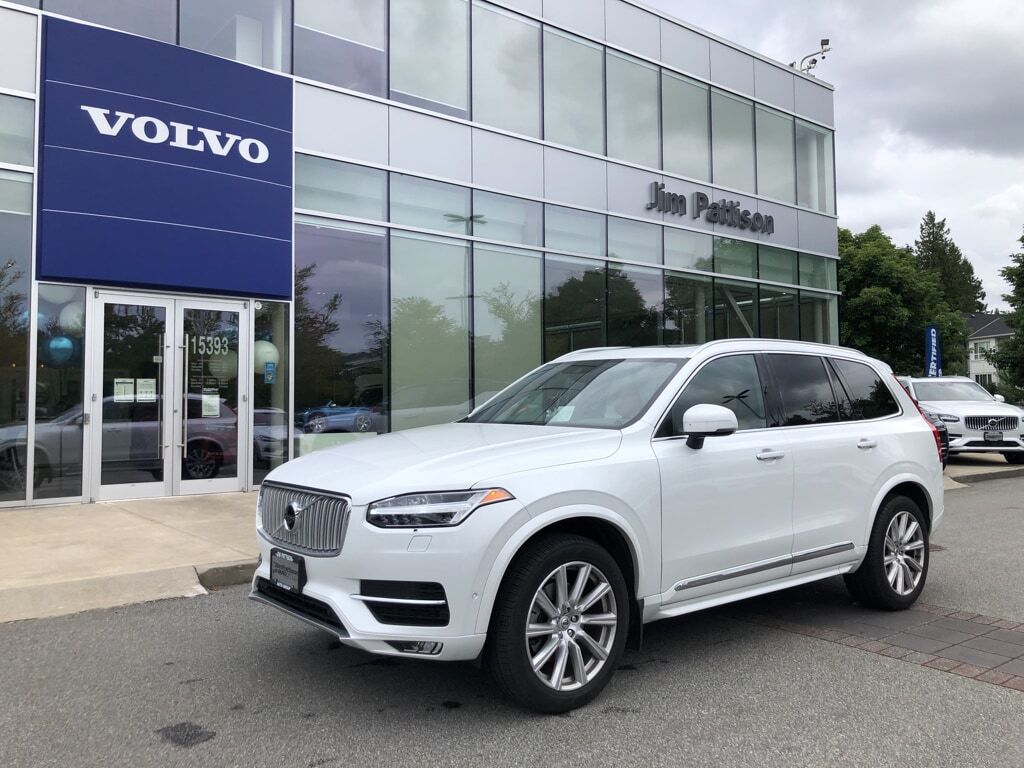