It’s not hard to spend upwards of $60,000 on a premium four-cylinder sedan as autoTRADER.ca’s recent comparison of compact luxury sedans showed.

It’s that test, and in particular, the Mercedes-Benz C300, that had me thinking the 2019 Honda Accord Touring is such a stunning automotive value. In fact, the Accord is so good, it’s probably all the car any of us really need. Given the level of refinement and luxury, it’s probably also all the car many of us would ever want.

The majority of current-generation (2018+) Honda Accords I see driving around the Toronto-area are either mid-tier Sport trim, or top-level Touring trim cars like our tester. Both trims wear bold, 19-inch wheels that fill out the wheel arches and give the Accord a solid-looking stance.

From the front three-quarter view, the Accord looks particularly good. Its LED headlights are thin and wide and help contribute to an overall long, low, wide appearance. From this vantage point, the roofline sweeps aggressively in a single arc down the trunk lid and directly to the taillight, visually fooling the viewer into thinking it could be a fastback.

The back end also looks clean, yet sporty with the trunk lid edge forming a subtle spoiler and a pair of chromed exhaust finishers adding visual width. The C-shaped taillights resemble bigger, squashed versions of the lobster-claw lights found on the back of the Accord’s smaller Civic sibling.

The only significant misstep to the Accord’s exterior styling is the thick chrome bar across the nose that, from certain angles, makes me think of a beluga whale. That’s a lot of forehead there! On the Sport trim, the chrome is replaced with black trim and it the Accord is much better off for it.

It should also be noted that the no-charge silver paint on my test car possessed a flawless depth and clarity that the Germans would charge at least $900 for.

Inside, the Accord is a blend of contemporary function, with classical elements to create a sensible space free of frivolity – the silly push-button gear selector notwithstanding. This is an interior that should age very well over time, and even the faux wood looks pretty convincing.

The Accord Touring is very well equipped with all the usual amenities associated with full-on luxury cars, and it’s all standard fare here. There’s a 10-speaker, 452-watt audio system with satellite radio and enough USB ports to charge up a carload of passenger toys. There’s a wireless charge pad, too.

It’s got a proximity key system and doors that lock automatically when you walk away from the car. GPS navigation is standard, as is adaptive cruise control.

The best part? The Accord Touring also provides a standard head-up display, but unlike the units found on luxury cars that cost six figures and up, this one can actually be seen even when the driver wears polarized sunglasses.

When Honda introduced the current generation of its venerable Civic a few years ago, it received an earful about the lack of volume knob for the audio system. It may seem like a trivial thing – and it is – but in an otherwise great car, it was a big deal.

Honda made no such mistake with the Accord, fitting large knobs for both volume and tuning (as well as another trio of knobs for climate control). The rest of the infotainment system is simple enough to use with a very sensible menu system and a smooth integration of both Apple CarPlay and Android Auto. The image produced by the back-up camera is surprisingly low-resolution and low-contrast, however, and given the sharpness of the screen, it’s an area Honda could easily improve.

Where many modern machines require a lot of time for the user to familiarize him or herself with the operation, the Accord is as straightforward as such a high-tech car can be.

All of the Accord Touring’s seating is covered in perforated black leather. It’s surely treated for durability, but gives no luxurious leather scent to the cockpit. In fact, the “new car smell” was quite strong in the Accord, especially on warm days.

Otherwise, the front seats are quite comfortable. Broad and not aggressively bolstered, the seats should be comfortable for most body types, and the heated and ventilated feature is always welcome too. The driver’s seat is eight-way adjustable, and rear seat space is ample for a pair of large adults, plus a smaller one between them.

The Accord Touring 2.0 comes standard with an electronically adaptable suspension (unlike the $60,000 Mercedes), and in comfort mode, gives a suitably plush ride, though the mass of the 19-inch wheels, and short sidewalls of those low-profile tires do degrade the ride a bit.

Noises from the engine bay, wind, and road are all decently quelled, if not quite to luxury-car levels.

While the bulk of the car-buying population has decided they can’t possibly exist without an SUV, the reality is that a sizeable sedan like the Accord offers considerable usability and practicality. First off, its passenger space and comfort are very good, and don’t require a climb up to get in.

What’s more, the length of the Accord means that even carrying long cargo items can usually be accommodated quite easily thanks to the split-folding seats. Still, a hatchback or wagon format would enable the transport of bulkier items.

I have to admit that when Honda abolished the sweet-singing, high-revving V6 from this generation of Accord, I grumbled a bit, especially since it took a 25 horsepower hit in the process. But, the new, turbocharged 2.0-litre engine dispenses more torque than the old V6 – 273 lb-ft now, to be exact – and that twist comes with far fewer engine revs, meaning this Accord is actually a bit quicker on paper, and noticeably sprightlier in daily driving.

The 10-speed automatic keeps the engine revving in its happy place when needed, but also helps keep it smooth and quiet at low revs on the highway. In Sport mode, the shifts are pretty intuitive and the throttle response is snappier, almost making a convincing case for itself as a sport sedan.

Passing is easy in the Accord, and it’s easy to squawk the tires when starting off if the driver isn’t sensible with the throttle. That said, in either Eco or normal driving modes, the transmission can sometimes be reluctant to downshift to first, exasperating a whiff of turbo lag that exists just off-idle, when pulling away from a stop.

Throughout most generations of the Accord, it has earned praise for its driving dynamics and handling that belie its “family sedan” purpose in life. This latest generation wholeheartedly continues the tradition with a capability in the corners not shared by many of its competitors.

Still, the Accord has grown to be a large car – measuring over 4,800 mm in length – or to put it into perspective, longer than Honda’s new mid-size Passport SUV. That means it’s not exactly nimble. The electric steering is precise and light, but doesn’t provide anywhere near the feeling that Accords did in years gone by, but then, the same is true for all cars these days.

The only real complaint about driving the new Accord is that its turning circle, at 6 metres, is notably larger than other cars in this class. This means that when parking – especially backing up, I found – the Accord feels very large.

Honda is one of the few companies that set out to make active safety a widespread and standard feature set amongst its models. As such, this top-of-the-line Accord has collision-mitigation braking, brake assist, road-departure mitigation and lane-keeping assistance all standard. But then, so does the base model.

There’s also a bevy of airbags throughout and auto high-beam headlights; even traffic sign recognition with a speed limit display in the instrument panel.

The forward collision warning system tends to be hyper-active, warning (and scaring) the driver even at relatively low-speed situations, such as when approaching a stop sign and anticipating the car ahead to start moving off.

The move toward a four-cylinder Accord lineup was due to fuel efficiency, so it’s no surprise the Accord fares well in this regard. In the city, it’s rated at 10.4 L/100 km; on the highway at 7.4, and combined at 9.1. With a mixed bag of driving in city traffic and at elevated highway speeds, the trip computer on my tester stated an average of 8.7 L/100 km after a week’s driving.

The top-of-the-line Toyota Camry still has a V6 and only an eight-speed automatic (compared to the Accord’s 10), yet somehow manages slightly better mileage. What’s more, the Camry has a fuel tank larger than the Honda’s measly 56 L, which only netted around 500 km before the fuel light came on. A car this smooth and comfortable deserves a greater range for distance travel.

Powered by the smaller 1.5L turbocharged engine, the Accord LX is still well-equipped and even after freight and fees are added in, rings the register at less than $30,000. My Touring 2.0 tester starts at $39,190, and there are no options to add. It’s efficient to operate, and if Honda’s past is anything to go by, it’ll prove to be reliable and affordable to maintain for a long time to come. Add to that the Accord’s handsome styling and decent performance and Honda’s mid-size sedan becomes the very definition of good value.

The 2019 Honda Accord Touring 2.0 is a good looking, great-driving machine. It’s jam-packed with features and safety, yet delivers impressive fuel efficiency and has a reputation for long-term durability. The Accord is not only a great car amongst its direct competitors in the mid-sized mainstream sedan segment, it’s good enough to make me question why someone would spend nearly double on a fancy brand badge.

Honda Accord Sedan available on autoTRADER.ca 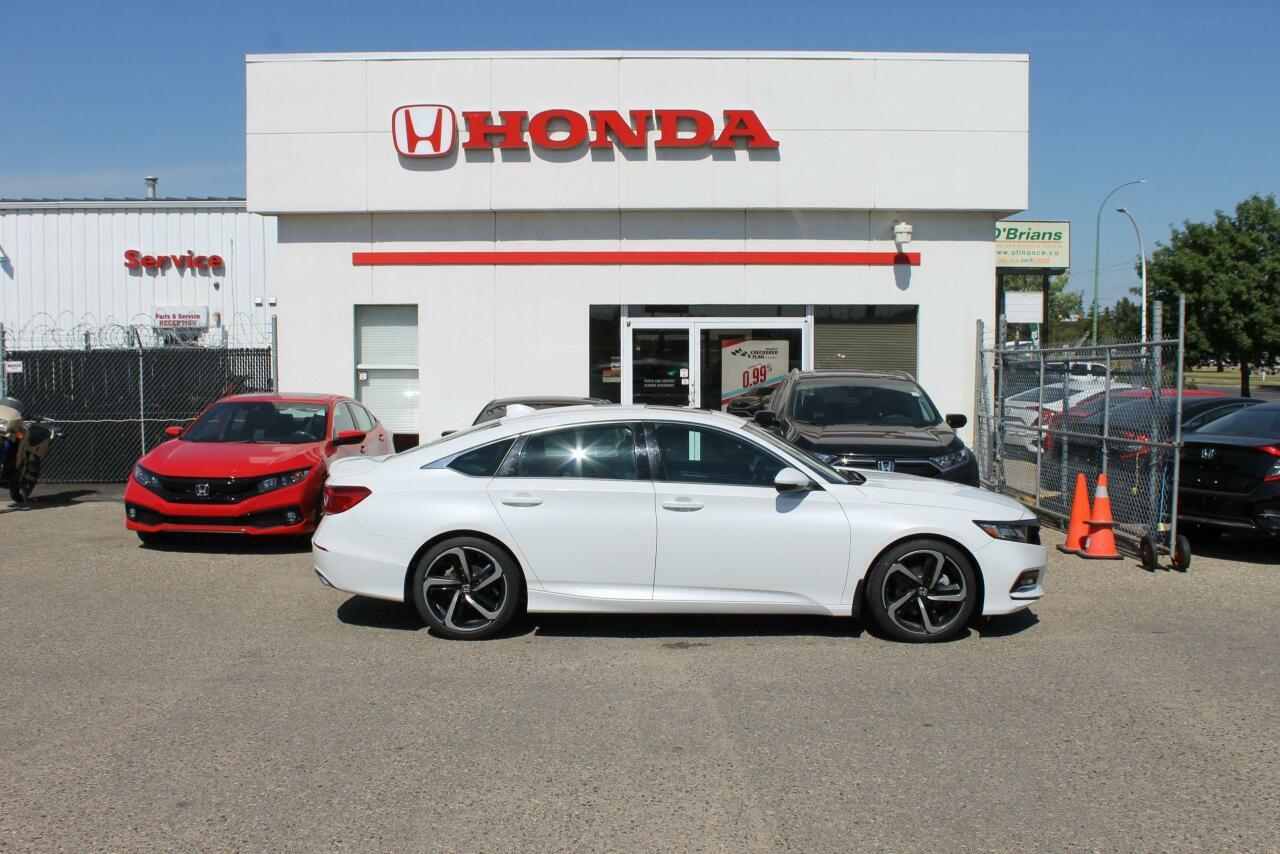 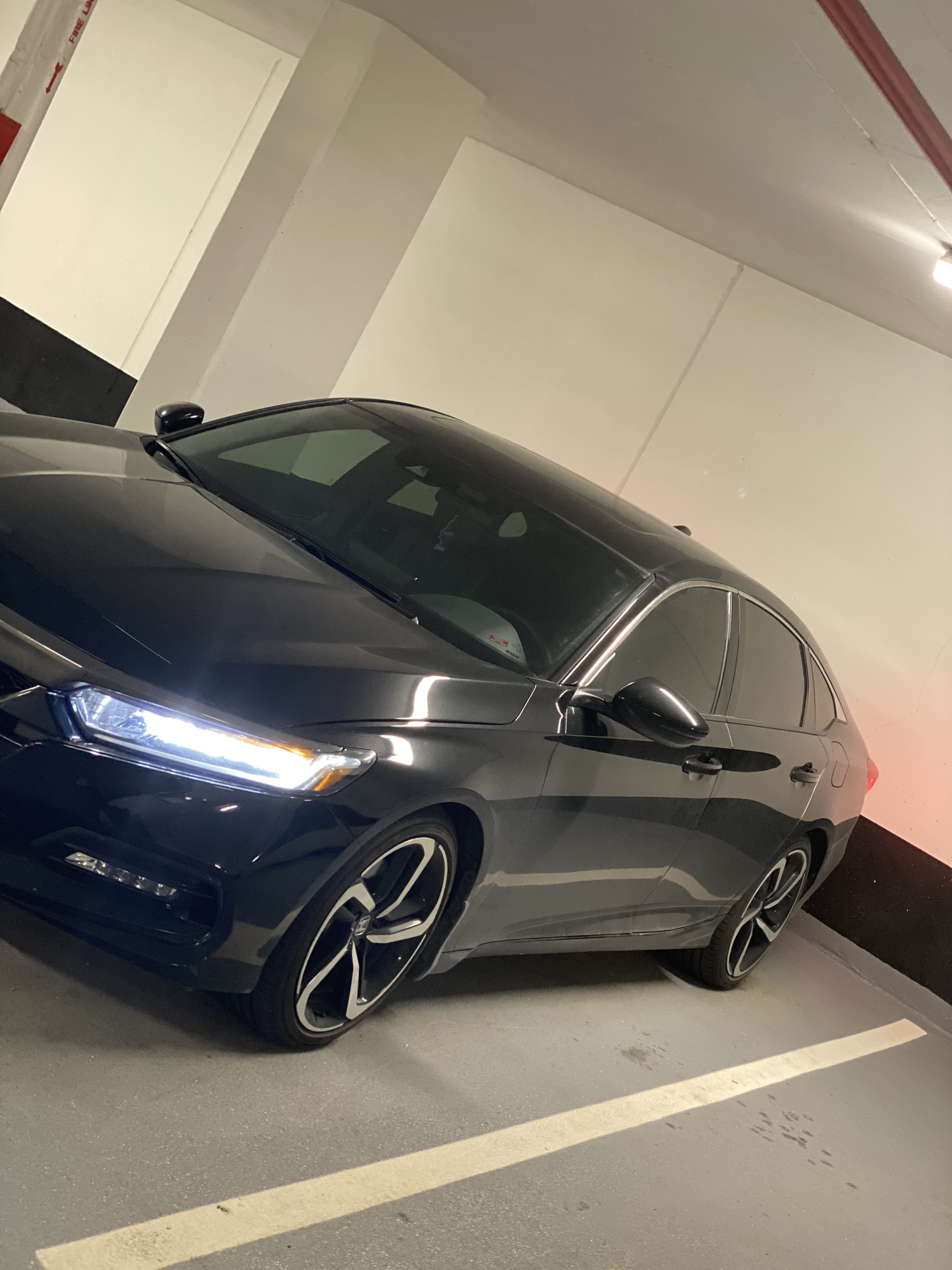 All Articles by Jeff Wilson

Jeff has been an automotive and motorcycle journalist for nearly a decade, but his passion for cars and bikes stretches back to his childhood. A member of AJAC, Jeff has also served on its board of directors, and has won multiple awards for both his writing and photography. When chasing his automotive dreams, Jeff also divides his time between being a father and a television producer with an internationally acclaimed, Emmy-nominated production team.