The newly-reincarnated Toyota GR Supra is coming online now for model-year 2020—the better part of two decades after the last Supra’s exit from the Canadian marketplace. For the sports-car enthusiast, or anyone aspiring for a taste of world-class performance without the world-class price-tag, it’s a machine immensely deserving of your attention. Based on a day driving a production GR Supra on, and around, the beautiful Circuit Mont Tremblant in Quebec, my initial impressions are below. And there are many.

Let’s first cover the numbers and specs, so we can focus on getting you up to speed with how the new Supra drives in a variety of situations. All Canadian units for model-year 2020 come just one way: fully loaded, with an asking MSRP of $65,000. It’s big bucks—but many a high-performing two-seat competitor, similarly equipped, will leave your bank account more dried out than grandma’s elbows. Look at Supra’s performance figures, equipment levels, and price-tag, and you get a good sense of what this car is all about.

So, ordering is simple. Just pick your colour, and get your chequebook ready. Sooner rather than later, ideally, since only 300 units are expected to ship to Canada this year. Neither Toyota personnel, nor several other personal sources on the sales side, could provide any information on possible wait times for purchased units to arrive.

This will be a rare car-- and interested customers are best to make contact with a dealer, to ready a deposit and stay in touch for updates. Expect the worst (but hope for the best) in terms of the arrival of the shiny new baby (or not-so-shiny new baby, if you opt for the matte-grey paint).

Power comes from a BMW-sourced 3.0L straight-six, turbocharged for a suspiciously-athletic (and serious-for-its-size) 335 horsepower, and 365 lb-ft of torque. The sole transmission option is a ZF-sourced 8-speed automatic. Regrettably, there’s no manual available. Even though a manual transmission would only slow the Supra down, this announcement felt like cancelling Christmas, Easter and my Birthday. It may be a deal-breaker for some, even many potential buyers.

All models are (naturally), rear-wheel drive, with power routed through a trick, electronically controlled differential with highly-variable lockup. Drivers can expect zero to 100 km/h in 4.3 seconds—but from the seat of the pants, that figure seems conservative. Also, it’s not as big as you may think. Approaching the Supra in real-life, the overwhelming first impression is how small it is. In fact, a Toyota 86 has a longer wheelbase. You wear the Toyota Supra, more than you sit inside of it. And, for the sports car fanatic, this is a very good thing.

Supra is one of the only $65,000 performance cars on the scene that was designed, from the get-go as a performance car. Unlike hopped-up, performance-badged versions of more mainstream commuter models, Supra engineers had no need to accommodate for a rear seat, a generous trunk, or a variety of lower-performance engine options, suspension setups, or trim grades.

This pure design has benefits to rigidity, aerodynamics, weight (or lack thereof) and more. This all shines through in the way it drives. Simply put, Supra feels immediate, feisty and above all of that, light. It’s a more authentic performance feel than is typical of bolting go-fast parts to a bigger, heavier machine. So, it’s authentic sports-car-from-the-get-go design and engineering, just like you’d find in a Corvette, Cayman or F-Type.

Supra’s shape, size, comfy snugness, and sporty driving position do not disappoint. The engineers even moved the seats as inwards as possible, to the benefit of handling.

Supra has very thick door sills, and a roof that curves downwards into the door glass. On the latter, the roof is more like an upside-down saucer, than a flat panel. So, you lose some outward visibility, and getting in and out requires a little flexibility to avoid taking some sheet metal to the dome. The benefit? The thick sills and wrap-down roof add plenty of stiffness to the Supra’s structure. This improves handling and agility, but also makes Supra more comfortable.

The ultra-stiff body resists flexing as rough roads pass beneath. This means less air being moved through the cabin compared to a less-rigid structure, which can act like a drum that pumps air through the cabin on rough surfaces, creating a dull droning sound.

Add in the slippery aerodynamics and Supra’s relatively small frontal footprint as it moves through the air, and the result is a remarkably quiet-for-a-sports-car ride. Even at speed on the circuit, it was well over 130 km/h before a raised voice was needed to chat with a passenger. This stiff structure also enables a more comfortable ride, by giving engineers the ability to more precisely tune the suspension attached to it.

Said suspension includes standard adaptive dampers, which (at the direction of numerous sensors and computer algorithms), actively fine-tune the elastokinetics as you move along—sometimes, even thinking a step ahead of the driver, and pre-loading their next move. Constantly, the shock absorbers are making high-precision decisions to give you the best ride, or the best handling, depending on the selected drive-mode.

You wince in anticipation of unavoidable bumps and potholes, then realize, you don’t really need to. The new Supra could get away with a much less comfortable drive. Thanks to slippery aerodynamics, light weight, and low cruising revs enabled by the 8-speed box, it’s also easy on fuel, while touring around. Like a Cayman or Corvette, Supra’s fuel mileage is highly reasonable if you’re just cruising around in no particular rush. It is absolutely daily-driver territory for the sports car enthusiast—though I will note that the Cayman is both easier to enter, exit and to see out of.

On a quick circuit, parts of the Supra driving experience are similar to watching a lightning-strike compilation video on YouTube: loud noises, followed by plenty of swearing.

Engage Sport mode with the push of a button next to the shifter and the engine sound grows from a tastefully-restrained hum to a lusty howl that positively drenches the cabin. Lift the throttle, or call for a redline upshift, and resulting crackle from out back may make passengers wonder if someone’s set off a handful of firecrackers off in the trunk.

Full power arrives quickly, with just a touch of boost-lag apparent if you’re really looking for it. Then, projectile-like acceleration comes on relentlessly until you lift the throttle. Though many a much-more-powerful car can be had for the money, Supra’s relatively slim waistline means the power has less to push. This. Thing. Moves.

The ZF 8-speed transmission is unfailingly smooth and precise in its rev-matching and shifting, even when worked to the ragged edge. Humans can’t shift this smoothly, quickly, or consistently. As automatic transmissions go, this ZF unit is one of the very best (and most entertaining) out there. Paddle-summoned shifts take milliseconds to activate, and only milliseconds more to complete—outstanding, given that they’re typically pulled off with no axle drag or driveline lash whatsoever, even during extreme use.

The steering in the freshly-reincarnated Supra is so quick, it took a lap or two of the Mont Tremblant Circuit to reprogram my hands and wrists not to steer it directly into the nearby foliage. Little inputs do very big things from the Supra’s helm. You steer it with your fingertips and wrists, more than your arms and shoulders.

The brakes-- big four-pot Brembos up front-- bite with a nearly-alarming urgency from even the slightest whiff of pedal pressure. They bite so fiercely you’ll temporarily loose the hearing in your right eye. They feel more precise and understanding of your intentions (which is to say, better), the harder they’re worked.  Even after four or five laps of Tremblant’s winding, twisting, undulating tarmac, brake fade was nicely controlled. Present? Yes—but only just, and once in sets it, the brake feel remains consistent thereafter.

No part of the performance overpowers anything else—the brakes are perfectly sized for the power output, the suspension feels dialled in against the Supra’s mass and steering ratio. Everything feels cross-checked against everything else-- this is what makes many a great sports car, a great sports car. It’s surprisingly stable and predictable given its short wheelbase. Stability control can be left on in Sport mode, where you’ll rarely feel it do anything, unless you muck something up severely. It’s forgiving and flattering, not frightening.

So, GR Supra is, by virtually all measures, an exceptional driver’s car—and owners planning to partake as often as possible in weekend track days can expect the best return on their investment. Like all cars, the Supra is not perfect and may not be for everyone. Horsepower-oriented folks have plenty of options if 335 ponies aren’t impressive enough in their circle. Numerous performance cars offer up at least 100 more horsepower for less money as well as the option of a manual transmission.

If the Supra left me with just one gripe, it was the cabin. Aside from very few Supra-specific cosmetics (the seating surfaces, Supra-specific digital instruments, and a Toyota badge on the BMW steering wheel), little on board carries any Toyota identity. The stalks, iDrive controller, screens, climate control system, seat adjustments, and even the window and lock switches are all straight out of the BMW parts bin.

This latest Supra might, then, may be the BMW M-Coupe that BMW is no longer selling us. Where driving feel takes precedence over cabin design, the 2020 GR Supra might be one of the most authentically thrilling and every-day usable performance machines on offer for the money right now. 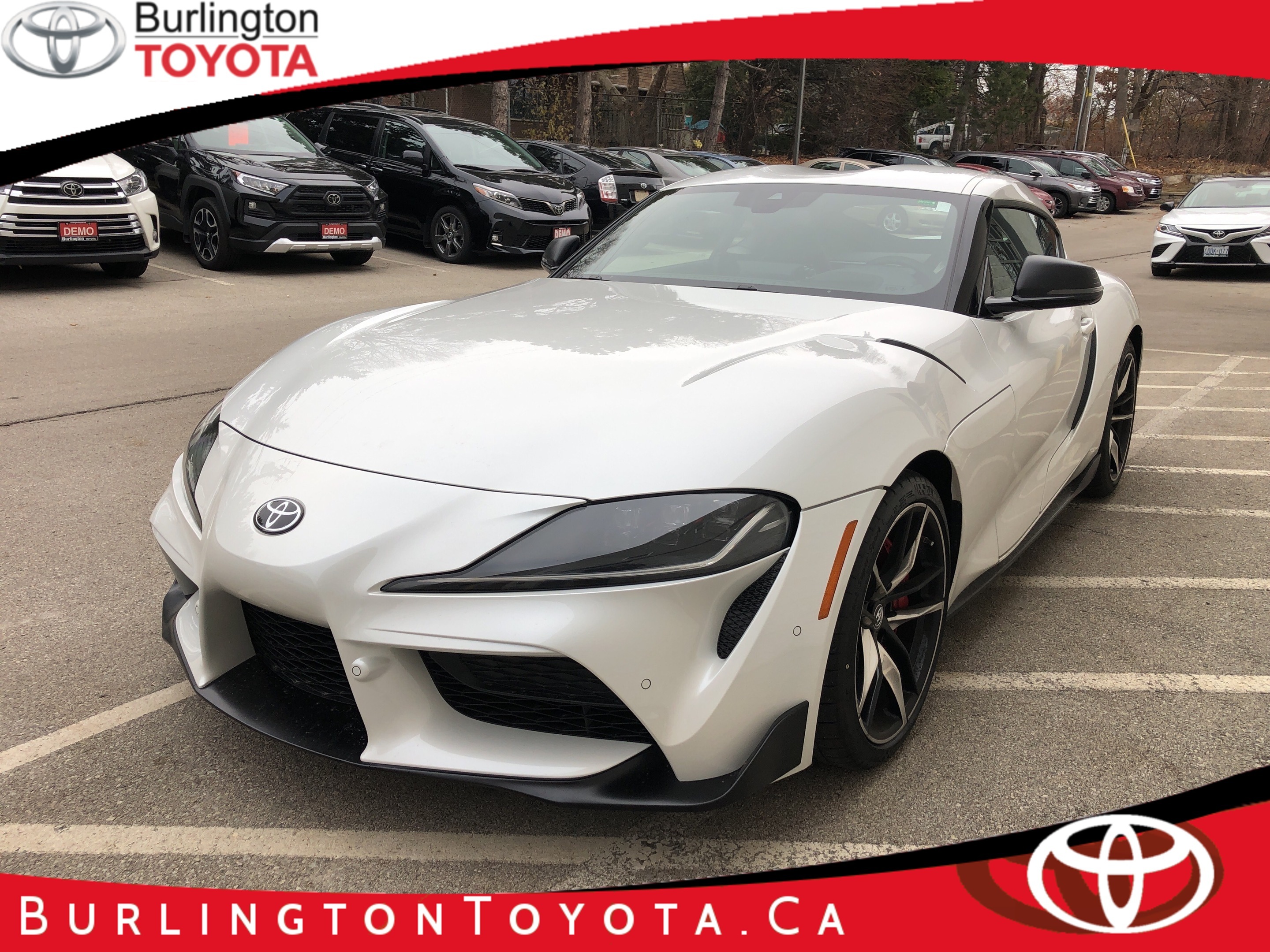