Volkswagen has an on-again, off-again relationship with the Rabbit name in North America. Its first mass-market front-drive, water-cooled car wore the bunny badge for about 10 years before VW switched to the Golf name in the mid-1980s. The Rabbit moniker wouldn’t appear again until 2007, on a short-lived fifth-generation replacement for the Golf that lasted until 2009.

However, the Rabbit has returned in 2019 for another limited engagement, as a mid-range special-edition trim package for the Golf-based GTI hot hatch.

From the base model, the Rabbit carries forward an 8.0-inch infotainment touchscreen, a great-sounding nine-speaker Fender stereo, rain-sensing wipers, and dual-zone climate control. Like all 2019 Golf models, the Rabbit gets some bonus horsepower (for a new total of 228), big brakes, and a limited slip differential, which were part of last year’s optional GTI performance package.

From a rolling start in first gear, the GTI easily squawks the front tires on dry pavement before enthusiastically hauling the car up to speed. Roll on to the accelerator in highway driving and the car smoothly surges ahead even without a downshift. There’s something to be said for a sports car whose engine doesn’t need to rev to make useful power.

My test car had the standard six-speed manual transmission. As good as it is, and even as a lifelong stick-shift devotee, I had moments of longing for the optional seven-speed dual-clutch automatic and its rapid-fire shifting in quick acceleration.

I debated a 9.0 rating in this category, but two things held me back. One is the significant amount of tire noise that gets into the GTI’s cabin at highway speeds. Yes, this is a sports car, and hearing the road can be as important as feeling it through the steering wheel, but it quickly became tiresome.

The other is the artificial engine noise the GTI pumps through the speakers. I appreciate the fact that this keeps the car quiet on the outside and preserves its Q-ship status, but I’d rather it make more real engine and exhaust sounds and less road noise.

In the dynamic chassis control system’s comfort mode, the car wafts over rough pavement like a luxury cruiser, which is great when you’ve got passengers on board who don’t share your appreciation for sports cars. The sport setting firms the ride up to the point of being uncomfortable on Ottawa’s awful roads, but also amps up the car’s cornering responsiveness. Naturally, the normal setting is a happy medium, and the “individual” option lets you choose your preferences for suspension firmness along with steering assist and throttle response.

Whether you find the GTI comfortable will depend on your body type. I’m slim and fit quite nicely in the heavily bolstered front seats and found them perfectly supportive. However, anyone much wider in the hips or back will find themselves sitting on the hard side bolsters instead of between them. Why shouldn’t larger people be able to enjoy a sporty car too, especially one that’s otherwise so practical?

Inside, the GTI Rabbit Edition’s standout features are the Clark plaid seat upholstery and golf-ball-inspired manual shift knob, both nods to similar treatments in the original 1970s GTI.

But if you want more flash in a hot hatch, try the Hyundai Veloster N or a Mini Cooper S.

I’m old-school about visibility, so I like cars that are easy to see out of from the driver’s seat without high-tech driving aids.

The GTI has big blind spots at its wide C-pillars, and the position of the B-pillar combined with a front-seat passenger conspired to partly block my view to the right-hand side of the car when backing out of parking spots or making a left turn. The side mirrors are small, too.

One thing I’ll pick on here (sorry, VW) is that the GTI is one of many cars that puts the volume knob to the left of the infotainment screen. That’s typically a long reach for the front passenger who is most likely to use it, given that virtually all cars now give the driver a volume control on the steering wheel. This makes a good case for the way Audi and Mazda place the volume dial on the console for easy access by a passenger.

The GTI has a large cargo area and head- and legroom all around that belie the car’s compact footprint. There’s lots of small-item storage in here too, including a cubby in the front of the shifter large enough to accommodate a couple of smartphones with the lid closed.

Volkswagen estimates the GTI’s fuel consumption at 9.8/7.3 L/100 km (city/highway) when fitted with my tester’s six-speed manual transmission. That’s not much of a penalty compared to the Golf and its little 1.4L turbo mill, whose estimates are 8.2/6.3 with the stickshift.

My test car averaged a little better than the GTI’s city rating, which is impressive given how thoroughly I enjoyed the car’s turbo-generated torque every time a traffic light turned green.

At $33,995 as tested, the GTI Rabbit Edition is a pretty compelling package, the adjustable suspension in particular making it feel richer than it is as a driver’s car.

The sportiest versions of the Hyundai Elantra (GT N Line hatch and Sport sedan) and Honda Civic (Si) pack in more high-tech safety kit, but give up some power to the GTI.

Subaru’s WRX puts more power through standard AWD, which is a considerable value-add at the car’s $30,000 base price. It’s also an easy car to live with day-to-day.

If you tend to feel sorry for orphans, you can scoop up a $34,000 Ford Focus ST before it goes out of production. It’s fun, but feels cheaper inside than the less-expensive GTI.

Volkswagen is selling just 900 GTI Rabbit Editions in Canada for the 2019 model year, so this package’s main appeal will be its rarity, if you’re concerned with such things. If not, save yourself a few thousand bucks and get a base GTI. The mechanical tweaks it inherits from last year’s Performance package are all you really need to have a good time. 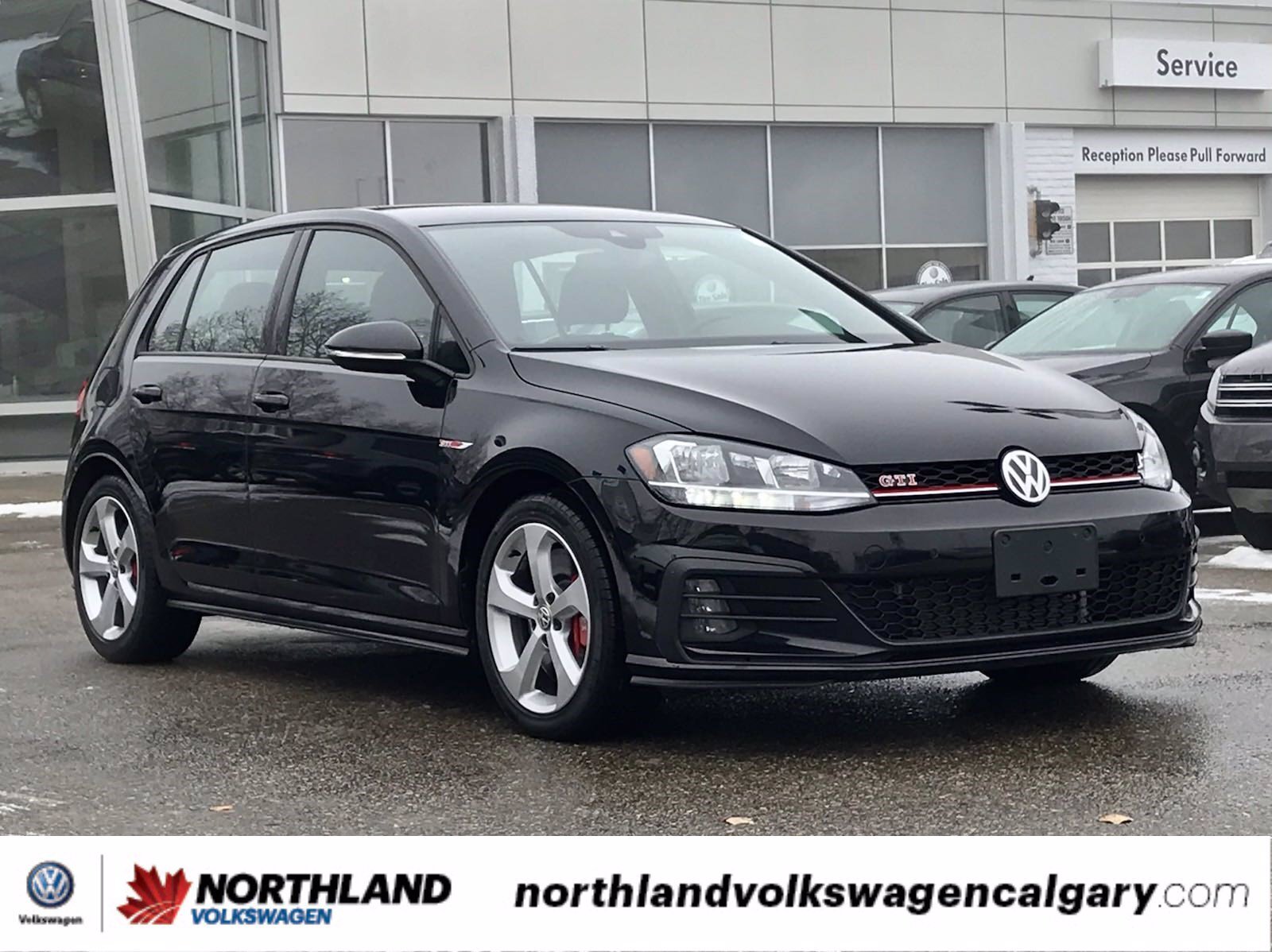 About Chris Chase
As a child, Chris spent most of his time playing with toy cars in his parents’ basement or making car sounds while riding his bicycle. Now he's an award-winning Algonquin College Journalism grad who has been playing with real cars that make their own noises since the early 2000s.
Follow me
You may also like
7.3