EcoRun is an annual event put on by the Automobile Journalists Association of Canada (AJAC) to showcase a variety of fuel-efficient vehicles, to inform consumers of these alternative options, and to provide accurate road-testing of their fuel economy by driving them in real-world road conditions.

At this year’s EcoRun, I was able to test the new 2019 Toyota RAV4 Hybrid and the 2019 Mitsubishi Outlander PHEV (plug-in hybrid electric vehicle) – two crossovers that are remarkably similar in many ways and completely different in many ways. While they both offer an alternative to purely gasoline-powered driving, they both go about it in different ways, and, of course, the base vehicles themselves are very different from each other. Let’s have a closer look.

The Outlander’s exterior is starting to feel dated but somehow, after all these years, still manages to look pretty good. I don’t like the large rear overhang, which gives it a bubble butt appearance.

The new RAV4's styling is subjective. I find it a bit overdone, and overall, it’s the less handsome of the two here. I have heard of a number of people hunting down previous-generation RAV4s at dealerships because they do not like the new styling, and most of those folks have said they find the new one too aggressive. If you think this Limited trim looks aggressive, you may find the even-bolder Trail trim too much.

Again, the Outlander feels dated when you step inside. Keeping in mind that the Outlander has been around for a number of years, the contrast between it and the RAV4’s interior is understandably stark. The Outlander’s materials are lower on the scale – sure, there are lots of soft plastics but they don’t look or feel nearly as good as the Toyota's surfaces. However, the heated seats are comfortable and there’s a dual-zone climate control. I did find the gear selector quite finicky.

The new RAV4 boasts a beautifully finished cabin, with lots of stitched, soft-touch panels. The fact that you can get it in a light tan interior makes an enormous difference in brightening things up, and it simply feels much more modern than the Outlander, with touches like the configurable digital speedometer. The heated and ventilated seats are comfortable and supportive.

Unfortunately, the Outlander’s cabin just feels less refined – the doors sound tinny when you shut them and during my test drives, there was an incessant rattling in the cabin. In contrast, the RAV4’s felt solid and rigid.

Although the Outlander’s 7-inch screen isn’t tiny, it feels small and the interface is starting to show its age. The 710-watt Rockford sound system is great.

The 8-inch screen in the RAV4 feels much larger, but that’s partially because it juts up out of the dash. Its JBL system also sounds good, and there’s the added convenience of wireless phone charging .

The Outlander gets a big battery, allowing for a significant all-EV range of 35 km under ideal circumstances. Charging times are as follows: Level 1 charging 8 hours, Level 2 takes 3.5 hours, and Level 3 will fully charge it in 25 minutes. I like that the Outlander also adds the flexibility of deciding when you want to use your battery power. For example, you can choose to save it for later when you’re driving around town versus “wasting” your battery on highway mileage. And the paddles on the steering wheel allow you to access six levels of regenerative braking if you want to get involved in trying to recoup as much energy from your momentum as possible.

The RAV4 keeps things much simpler, where you just drive and take advantage of greatly increased fuel efficiency thanks to a traditional hybrid powertrain. No plugging in, and no additional EV driving.

Mitsubishi pairs a 2.0L gas engine with two electric motors – one in the front and one in the back. While Mitsubishi doesn’t commit to telling us what the combined system horsepower rating is, that number in hybrids is always a bit weird anyway. The EV electric power is silky smooth off the line – I found the Outlander to be very quiet, almost serene, and very rewarding during EV mode. Once the gas engine comes on, it adds noticeable amounts of noise to the equation.

Toyota couples its 2.5L inline-four engine with an electric motor for a combined system horsepower rating of 219 hp. It feels much more traditional in terms of the driving experience – it lets you choose between drive modes (Eco, Sport, and Trail) and the transmission has a sport mode. It is an excellent drivetrain although its pure electric mode is definitely louder than the Outlander. Conversely, when the gas engine kicks in, the combination is quieter than the Outlander.

Ride and handling for both are quite good considering what they are. The RAV4 rides slightly better, but the Outlander has surprisingly engaging steering.

I’m 5'10" – sitting behind my own driving position in both vehicles left me with plenty of leg- and headroom. Rear passengers in the Outlander get USB and household plugs. There is a terrible multi-step mechanism for folding the rear seats down. The RAV4’s rear seats are heated and there are two USB charging ports. Both vehicles have adjustable air vents in the back.

The Outlander’s 861 L trunk immediately feels smaller than the RAV4’s but is large enough to be useful, though it does feel a bit clunky with the wheel well intrusions. The RAV4’s trunk is more than 200 L bigger with a more useful shape. Its size advantage drops to only 90 L when the second rows are folded down, where the Outlander has 1,886 L to the RAV4’s 1,976 L.

Both vehicles have power liftgates and show off their subwoofers in the trunk. The Outlander’s trunk has a convenient household plug.

This is a tough one. On paper, the RAV4 looks to be a decent deal at around $44,000 all-in. That includes a loaded-up Limited trim package with all the bells and whistles, and a truly outstanding fuel economy rating.

At well over $53,000, the Outlander feels pricey in comparison – particularly because it also looks and feels dated in real-life. What you do get for that money is a true EV range. While the range is only up to 35 km, that would be enough for many people to commute to and from work – if the driver has the ability to top up the battery at work, they could ostensibly commute consistently without using gasoline. I certainly could. And that adds up to a very significant difference in fuel economy between the two vehicles. Mitsubishi’s 10-year powertrain warranty is also nothing to sneeze at.

While I’d be tempted by the EV range and flexibility of the Outlander, if I was shopping in this category and had to choose between these two vehicles, my money would be on the RAV4. The price difference would outweigh the fuel savings in my usage case, and the RAV4’s interior and build quality, as well as increased cargo capacity, were more to my liking. Resale value for RAV4s is also spectacular and that would be part of my decision. 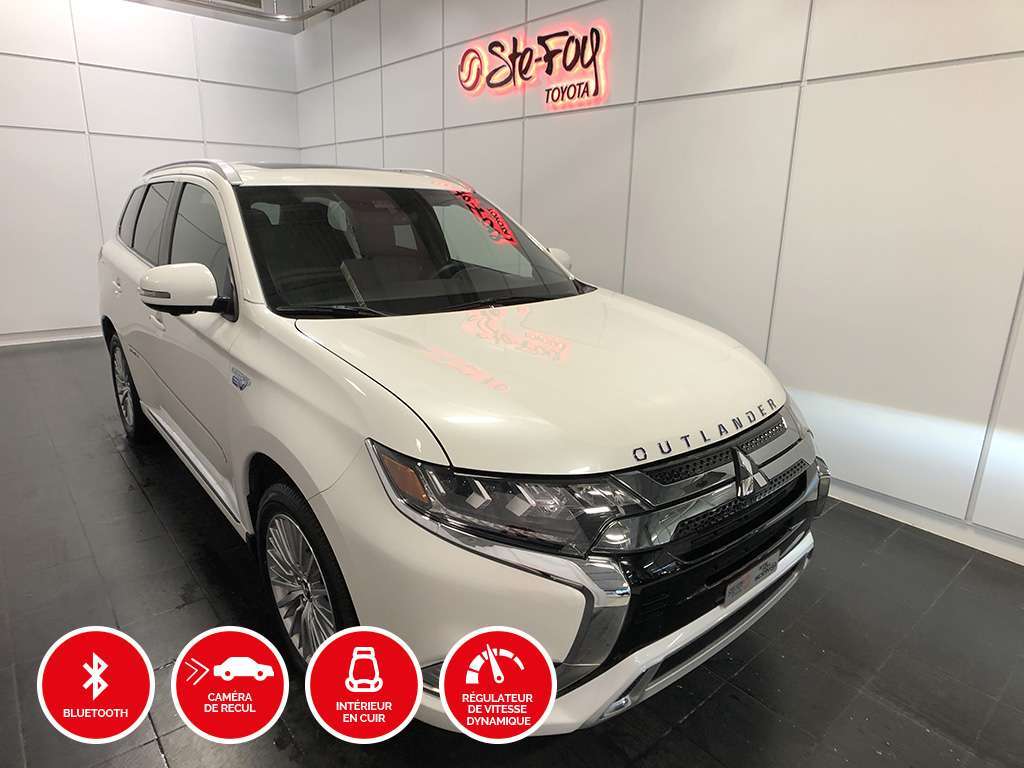 About Tom Sedens
Tom Sedens is an Edmonton-based automobile journalist and driving enthusiast, an accredited member of AJAC, husband, and dad. He is also a part-time pie evangelist.
Follow me
You may also like
AdChoices
Latest Articles