This machine is capable of delivering serious performance figures, and it looks (and sounds) great doing it.

With 102 horsepower per litre, Ford launched the Shelby GT350 Mustang in 2015, for the following model year. This rip-snorting, track-focussed model featured an exotic V8 engine, track-tuned chassis enhancements and aerodynamics, unique visual cues, and an exhaust note that could liquify nearby eardrums with ease.

We’ve covered other used Mustang variants from this generation previously, though the GT350 features enough of its own model-specific equipment to give this rev-monster its own used buyer’s guide.

Listings are popping up in the used market nowadays, and people (your writer included) have been browsing the ads.

If you’re considering an investment in this uniquely thrilling Mustang, read on for some useful information to take with you into the test drive and buying process.

The GT350 came with a sole driveline. Up front was a 5.2-litre V8, complete with a flat-plane crankshaft that helped enable its uniquely exotic tone and screaming redline pegged at 8,250 rpm. That makes the so-called Voodoo powerplant the fastest-revving production V8 engine Ford has ever built.

Output was rated at 526 horsepower, and 429 lb-ft of torque. A six-speed manual gearbox was the only transmission option, and all models were, of course, rear-wheel drive.

No surprises here. Owners rate the GT350 highly on all aspects of performance, noise, grip, handling, braking, and go-fast styling. This machine is capable of delivering serious performance figures, and it looks (and sounds) great doing it. Owners also say the GT350 packs a compelling array of high-tech features that are easy to use and interface with. Notably, the central-command system is logical, easily operated, and straightforward.

Few owners have many complaints about the way their GT350 drives and functions, though many report thirsty fuel consumption, a harsh ride on rougher surfaces, and back seats that are basically useless for human beings with legs. Par for the course.

Test drivers are advised to confirm seat comfort in their ideal driving position – the extra-grippy Recaro seats have proven too snug for some drivers.

If you’ll use your new-to-you GT350 for weekend track days (as many owners do), the owner’s community recommends skipping the first year of this generation. The reason? Well-documented issues with overheating when driving on a track setting, which even prompted a class-action lawsuit from owners, who claimed the cars were defective – that is – advertised and marketed for race track use, despite their tendency to overheat and enter a limited-performance “limp” mode in that setting.

Some owners of 2016 model-year units have added aftermarket cooling provisions to the driveline to keep temperatures down – though this may void remaining warranty coverage.

Solution? Opt for a 2017 or newer model if you’ll be weekend racing your new Shelby – these machines had enhanced cooling components installed from the factory, by way of a standard “Track Package”.

On the other hand, those shoppers who will not partake in track events may find more compelling pricing on an earlier unit, from 2016. The racetrack overheating issue makes these units slightly less desirable, which may be reflected in the pricing.

If buying a used Shelby GT350 that’s still within its factory powertrain warranty period, take steps to confirm that the warranty is still in good standing. Note that a past owner may have compromised the warranty, or voided it outright, by installing non-factory parts or software, or by failing to have the vehicle inspected and maintained to the letter, as outlined in the owner’s manual.

Note that dealers can detect the presence of non-factory parts or software, even if they’re removed before a visit for a warranty claim. Proceed with caution, or check with a Ford service advisor, if you have any concerns.

Relative to total sales volume, a small portion of owners online have complained of excessive oil consumption from the GT350, resulting in the need to frequently top up the engine’s oil level. In a long-term test of the GT350 by Car and Driver, heavy oil consumption was also reported. Note that the GT350 owner’s manual advises that oil consumption may be expected, when the vehicle is driven under “severe use”.

In this discussion, several members of the owner’s community suggest that this issue is overblown – perhaps affecting a few dozen owners, out of many thousands.

Check the oil level in your GT350 regularly, ideally at each fill-up. If still under warranty, be sure to notify your local dealer of any oil consumption issues you detect as soon as possible, for documentation and inspection. This may help speed future warranty claims, should one be required.

In your writer’s opinion, this issue is one worth being aware of, but not one worth worrying about.

In a car like the GT350, parts like tires, brake system components, and even clutches, are often referred to as “consumable” or “disposable”. To prevent unpleasant surprises, approach every used GT350 you’re considering with the assumption that it needs a new set of tires, brakes, and a clutch – until you have confirmation to the contrary. Ask a professional technician for help if you’re unsure how to check.

A pre-purchase inspection (PPI) at a Ford dealer is highly advised, as it will reveal excessive wear to these parts, and numerous other issues, if present. The gist? Assume you’ll need to spend thousands on tires, brakes, and a clutch for your new-to-you GT350, until you have confirmation to the contrary.

The high-performing Shelby GT350R was an enhanced version of the standard GT350, which (among other upgrades) is fitted with wheels made of exotic carbon-fibre, not metal. This has benefits to handling and performance, but the wheels come with a hefty replacement cost if they’re damaged.

In this discussion, one owner damaged one such wheel while loading his car onto a trailer, and reports the replacement cost of a single carbon-fibre wheel at some US$1,400. Further, carbon-fibre wheels may be difficult or impossible to repair in the event of more minor damage, unlike conventional wheels.

Shop accordingly, understanding that the carbon fibre wheels will make a negligible difference to performance for most drivers in most situations.

Start by reading this discussion, and then plan to test the air conditioner on the GT350 you’re considering on your test drive.

After a few minutes of driving (with the engine at operating temperature), switch the air conditioner on, turn up the fan, and apply full throttle (where appropriate) for the duration of one or more gears.

In this situation, it’s normal for the A/C to “pause” for a moment, and re-engage when the throttle is released. The (acceptable) result is a momentary reduction or interruption in the flow of cold air into the cabin. This occurs when the vehicle temporarily pauses the air conditioner, which is normal during full-throttle operation.

Let’s conclude with two final notes. First, be sure to spend a few minutes going through all of the GT350’s on-board electronics, confirming that the instrument cluster display, central touchscreen interface, and all steering-wheel-mounted controls work as expected. Owner reports of issues here are few and far between, but given possible repair costs and headaches, a full check to confirm proper operation is advised.

Second, we’ll touch on tires, one more time. Confirm that the unit you’re considering is riding on a set of quality high-performance tires, of the correct size (check the owner’s manual), from a reputable brand. Sometimes, because of replacement costs, owners “cheap out” on replacement tires, which can compromise safety and performance in a car like this. Driving a GT350 without a factory-recommended tire, or equivalent, is not advised.

The issues above have been reported by numerous members of the GT350 owner’s community, though that same community also advises (generally) that many of the issues are “overblown”. One forum user mentions that for every person posting a complaint online, hundreds do not report the flawless operation from their machines. Translation? It’s safe to assume that most GT350 owners have had few if any issues with their machines (save for the overheating issues mentioned earlier).

Your best defence against headaches is to confirm that the warranty (if applicable) is still intact, and that the vehicle has been flawlessly maintained and never modified. From that basis, contact a Ford dealer to arrange a pre-purchase inspection (PPI) before you buy.

If everything checks out, you’re well on your way to driving one of the most thrilling (and absurdly loud!) Mustangs of all time. 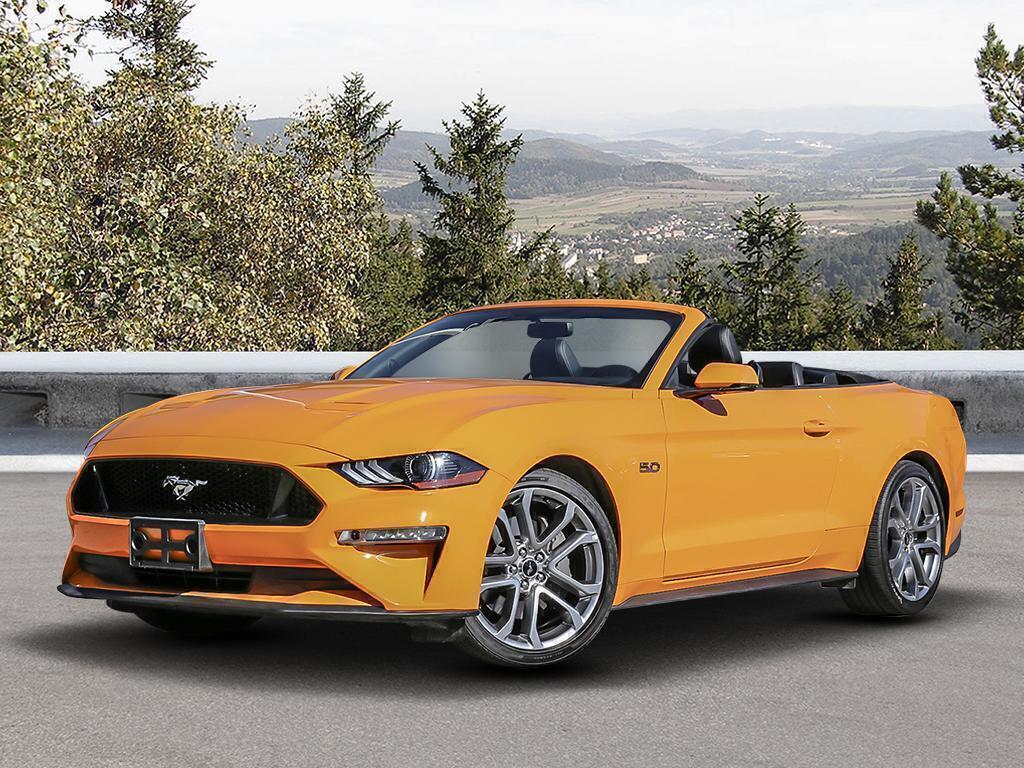