Dodge updates its big-power Charger models with the Widebody, which blows out the track so you can better conquer the track. It’s a refinement of a deliciously deranged formula, and one that is sure to please fans of the world’s last living muscle sedan.

A safe description of the 2020 Dodge Charger Widebody’s guiding philosophy when it comes to design would be “more is more.” As hinted at by the name, the Widebody puffs out the family sedan by 3.5 inches at each of its four corners in order to accommodate the significant increase in footprint offered by the Charger’s significantly stretched rubber contact patch (305/35ZR20 Pirellis). It also features numerous tweaks intended to ensure stability at the near-320 km/h speeds that certain models are capable of achieving.

There are more than mechanical (and aerodynamic) reasons for the snarling visages and extroverted sheet metal associated with the Widebody cars. In the words of SRT’s head of design Mark Trostle, Dodge wants to be in the business of “building badass cars,” and a big part of that includes a visual attitude that, on top of their startling performance, further separates these Chargers from the rest of the thinning full-size sedan pack. For SRT Hellcat Widebody buyers, there’s also the Daytona 50th Anniversary Edition package, which adds a unique rear stripe and colour-matched spoiler along with the availability of B5 Blue paint.

It’s worth noting, too, that the Hellcat is now Widebody-only, while the standard-body Scat Pack 392 remains available.

Advanced driver’s aides are a bit of a mixed bag for the Charger Widebody. While the Scat Pack 392 has access to a full complement of gear including blind spot monitoring, adaptive cruise control, forward collision warning with active emergency braking, and lane-departure warning and assistance, the Hellcat is available exclusively with blind spot monitoring. The crux of the issue appears to be cooling, with no appetite from SRT to position a forward-looking camera or radar array in the way of the cubic metres of air that the supercharged car must gulp into its gaping maw. This is perhaps the only aspect of the SRT Hellcat Widebody where more (money) is actually less (features).

Despite its gnarly appearance and over-muscled performance stats, the Widebody remains a Dodge Charger everywhere it counts. This ensures a roomy rear seat, an equally accommodating trunk, and a smaller-than-SUV form factor that is easier to park and doesn’t require a stepladder to climb into. In other words, once you get past the bluster (and the higher costs associated with maintenance and replacement of items such as its enormous 20-inch tires, bulging six-piston Brembo brake calipers, and over-size pads and rotors), the Charger is delivering what full-size cars have brought the table since time immemorial.

Chrysler’s Uconnect infotainment system is among the best in the industry when it comes to easy-to-understand menus and commands that touch on almost every aspect of a vehicle’s operations. Standard in both the Scat Pack 392 and SRT Hellcat Widebody models, it’s joined by a reasonably expressive gauge cluster and a set of redundant hard buttons on the centre console to access most-used systems such as climate control, stereo volume, and quick-launching the car’s various drive modes. You’ll still have to use the touchscreen to turn on the heating and cooling for the front seats – which really should be a console toggle – but other than that it’s smooth sailing in the 2020 Charger.

In addition to Uconnect, both versions of the Widebody Charger are loaded when it comes to equipment. Everything from the previously mentioned climate-controlled seats to high-end leather upholstery to an Internet hotspot can be had in either vehicle, and you can add items such as a louder Harman Kardon audio system, navigation, and power seats to the package. It’s not quite a luxury car, but the gap between the Widebody and a traditional premium model can be narrowed to almost nothing, which is only fair given its hefty price point.

The SRT edition also comes with the Performance Pages app, which offers myriad ways to track your in-vehicle achievements. It includes a lap timer, additional gauges, engine output displays, and acceleration timers for you to ogle while you’re laying down a patch of rubber.

Barrels of digital ink have already been spilled over the 707 horsepower and 650 lb-ft of torque offered by the Dodge SRT Hellcat’s 6.2-litre supercharged V8, and rightly so: it offers an unstoppable tsunami of acceleration that is even more potent with the Widebody’s additional grip, reaching 100 km/h in a scant 3.6 seconds, and devouring the quarter-mile in just under 11 seconds. Each of these are phenomenal achievements for a street car, to the point where it doesn’t matter that the widebody’s higher drag coefficient has lowered its Vmax by a few kilometres per hour.

Lest you think that the Scat Pack 392 rests eternally in the Hellcat’s shadow, I’m happy to report that this isn’t the case. With 485 horsepower on tap from a 6.4-litre, naturally aspirated eight-cylinder engine, the more affordable Widebody is still a blast to blast around in, even if it is a half second or so slower out of the blocks.

Each version of the car comes with an eight-speed automatic transmission sending output to the rear wheels.

Comfort comes with an asterisk in the 2020 Dodge Charger Widebody. Even with its adaptive dampers (standard with the package) set to Street, there’s still some bounce to be had inside the sedan over rough roads. Then there’s the whine – most drivers will dig the sounds of the supercharger in the Hellcat, but if you’re expecting a whisper-quiet experience from a 707 horsepower car, you’d be better of picking up a Toyota Avalon. Even the Scat Pack is fairly loud, as each car comes with a multi-mode exhaust to temper or trumpet the concerto of combustion found under the hood.

Sonoma Raceway presents a particular challenge for a large and heavy car like the Charger. There are very few elements of the track that offer enough real estate to truly unleash the full potential of either the Hellcat or Scat Pack 392 power plants, with most of a lap spent moving seamlessly from one corner to the next – typically with a fair bit of elevation change thrown in for flavour.

It’s not an environment that particularly favours a reckless right foot, and so the differences between the supercharged car and its more modestly gifted sibling were readily apparent. Driving the SRT Hellcat Widebody is as much an exercise in managing the car as it is piloting the track, with throttle discipline paramount and respect for the vehicle’s ponderous mass also near the top of the list. That being said, the Hellcat was perfectly willing to flow through Sonoma’s curves when set to Track driving mode, which works alongside a larger front and rear sway bar as well as stiffer front springs to provide better control than the older, standard-body model. Purists may lament the death of hydraulic power steering in favour of a new electric assist, but it was difficult to pinpoint any negatives when sampling the revised system in a performance environment.

The Scat Pack 392 required no such kid gloves when tossed through the Northern California track’s corners. Lacking the earth-shearing torque of its stablemate, it was easier to simply dial-in and drive the 6.4-litre car without having to worry about tipping its balance one way or the other with a less-than-judicious stab at the loud pedal. The Scat Pack also receives similar suspension upgrades front and rear, and of course its wider track further contributes to stability that goes above and beyond that of the (still available) standard-body version.

On the street, all bets are off. Each of these cars is a hooligan’s wet dream, able to light up the tires at will, and offering the kind of soundtrack that kills lawns and wilts trees from 500 metres distance. You definitely won’t need the standard Line Lock braking feature to be a hero at whatever self-declared burnout competition you decide to enter.

Efficiency numbers for either car have yet to be released, but if you check out the 2019 narrow-body numbers, they should be a close match. Be prepared to essentially light your wallet on fire and then watch as the flames consume the annual fuel budget on a monthly basis. No, that is not hyperbole. That’s the price you pay to drive the most powerful V8 production sedan on the market.

Both the Scat Pack 392 Widebody (MSRP $59,945) and the SRT Hellcat Widebody (MSRP $83,495) are expensive automobiles when compared to more modestly equipped versions of the Charger. The Scat Pack upcharges $8K for the pleasure of going Widebody, while the Daytona package adds $5K on top of the Hellcat’s ask.

Still, each car represents an apex predator at its price point that truly has no real competitor. You’re not going to find all that many rear-wheel-drive V8 sedans outside of the pure luxury segment, and certainly none that offer the Hellcat’s 707 horsepower. How much is that worth to you?

The Widebody is a better car overall than the model it replaces, and remains a singular achievement among full-size family cars. Who knows how much longer Dodge can keep flying a red flag in the face of an industry increasingly focussed on efficiency and environmental ethics? Better pick one up while you still can, because you won’t find anything like the Charger anywhere else. 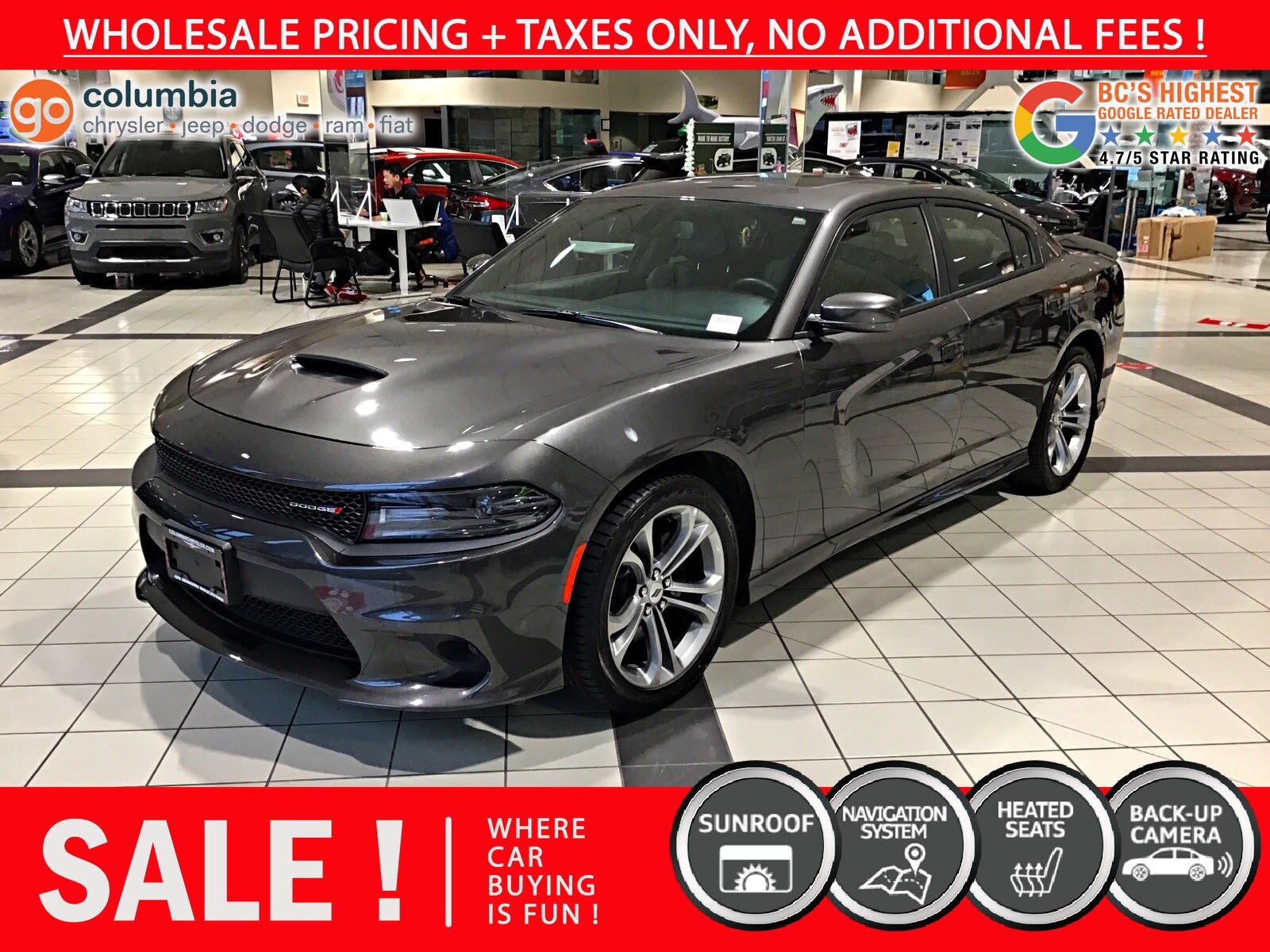 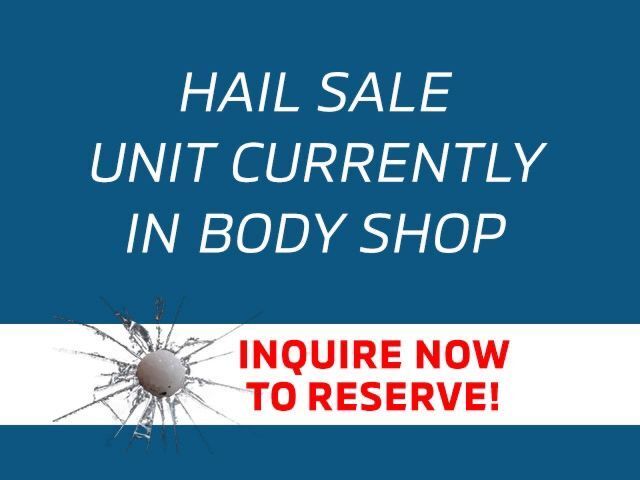 All Articles by Benjamin Hunting

Benjamin Hunting is a freelance writer who enjoys keeping the shiny side up during track days. He is also an avid musician and a friend to vinyl.