Introduced for the 2018 model year, Volkswagen’s Atlas may be a recent entry in the mid-size three-row SUV market but it hits the mark squarely, offering well-packaged blend of roomy practicality, comfort, ease-of-use, and all-weather capability that families and adventure-minded buyers are looking for. The Atlas features some of the best driving dynamics in the segment, and in my test vehicle’s Execline trim it also offers an impressive amount of luxury, with a feature list rivalling its more expensive Audi Q7 cousin.

The Atlas’s brawny looks won’t appeal to everybody but they have a refreshing honesty to them, and the boxy profile does allow for a maximum of usable interior space. Pronounced fender arches help break up what might otherwise be a slab-sided appearance, and give the Atlas a distinctly muscular stance. LED character lights and a striking grille design add visual interest.

Inside, the Atlas has a clean, upscale look typical of Volkswagen. I liked my tester’s dark Birch Brown dash and door trim, but I wasn’t so keen on the hard-plastic console and door lowers, which are entirely in line with what one would expect of the $36,740 base model but look a little cheap in the $53,590 Execline trim.

My test vehicle added to the list of features with a $625 captain’s package (replacing the second-row bench with a pair of heated captain’s seats) and $760 R-Line appearance package (featuring unique 20-inch alloys, exterior detailing, and R-Line badging).

My one complaint was that I found I couldn’t set the power seat memory. This may have simply been due to an incorrect setting in the Vehicle Customization menu, or possibly due to a system fault. My brother, who owns a 2018 Atlas, notes that the power seats in his vehicle can sometimes behave erratically, and a search in the Atlas forums indicates this isn’t an uncommon issue.

Lots of interior space and amenities, fold-flat seats for easy cargo carrying, and all-wheel drive for winter confidence all combine to make the Atlas an eminently practical family vehicle. My test vehicle’s Captain’s Package reduced the total seating capacity from seven to six, but with the advantages of better separation and comfort for second row passengers, and a bit of leg-stretching room in the aisle for third-row passengers. The one real practical knock against the Atlas is its rather thirsty fuel consumption, which may put a dent in family budgets.

An engine auto-stop/start feature aims to reduce fuel used waiting at traffic lights, but I found it was easily tripped up by Vancouver’s typical pause-creep-stop traffic patterns at traffic lights: the engine would shut down the moment I came to an initial halt and then restart and not shut down again if I crept forward afterwards to match the car ahead.

The front and second-row captain’s seats in the Atlas are properly comfortable, with good support, plenty of room to stretch out, and seat-heaters for all positions (the front seats get cooling, too). The third-row seats are some of the roomiest and most comfortable in the mid-size segment, offering decent room for adults, with good legroom (especially if you nudge the second-row seats a little forward) and usable toe space under the second-row seats. The only strike against the third-row seats are the clamshell headrests, which, depending on your height and posture, can tend to push your head forward (especially, my wife noted, if you wear your hair in a pony-tail).

With its abundant interior space, power liftgate, around-view back-up camera, and logical control systems, the Atlas is a well thought-out and easy-to-live-with family conveyance. The second-row seat-tilting mechanisms can take a little getting used to, as can some of the more advanced infotainment features, but the only real ergonomic fault I noted was that some of the touch points of the touchscreen were too close to the physical controls. This meant that almost every time I reached to adjust the volume, I ended up changing radio stations (a problem I solved by using the steering-wheel controls instead).

With 276 hp and 266 lb-ft of torque on tap from its narrow-angle V6, the Execline-trim Atlas accelerates with decent authority and offers up a pleasingly burbly soundtrack. The eight-speed automatic transmission does tend to dull performance a bit around town in its attempts to maximize fuel economy, because it quickly upshifts to the highest gear possible and takes a second or two to shift down again when you press into the throttle. Switching to Sport mode sharpens things up (although at the cost of efficiency), and if you keep the engine in its sweet spot the Atlas rarely feels underpowered. The sprint from zero to 100 km/h is dispatched in about 8 seconds, and Volkswagen’s well-regarded 4Motion all-wheel drive system ensures confidence in low-traction driving situations.

The Atlas is based on Volkswagen’s MQB platform, which is shared across a wide range of vehicles including the Golf, Jetta, Arteon, and Tiguan – as well as Audi’s Q3, A3, and TT. As a result, the Atlas has remarkably good driving dynamics for such a big SUV. It feels reasonably light on its feet, with crisp steering and confident cornering.

Ride comfort is generally good, although my test vehicle’s massive 20-inch alloys and low-profile tires transmitted a certain amount of harshness and road noise into the cabin when driving over less-than-ideal surfaces. The 18-inch wheels on the lower-trim models may be a better match for those living in regions with rough or potholed roads.

The Atlas earns mostly excellent safety scores, with a five-star overall rating from the NHSTA and Good ratings in all IIHS crash tests. The only thing holding it back from an IIHS Top Safety pick award are its headlights, which the strict new IIHS headlight tests rank as marginal due to poor illumination to the sides and around curves.

Active safety technology on my Execline tester included lane-keeping assist, low-speed collision avoidance system, and pedestrian and cyclist detection with auto-braking. I didn’t experience any false alerts or interventions, but others (including my brother in his 2018 Atlas) have complained the systems can be too sensitive in city traffic (my brother also expressed frustration that he needs to disable the auto-braking system when backing up with bicycles on a hitch-mounted rack, but this action also disables the back-up camera).

With a starting price of $36,740, and my well-equipped Execline tester checking in at $54,975 before taxes and destination, Volkswagen’s Atlas offers solid value in the three-row SUV marketplace. In terms of performance, handling and features it stacks up well against the closely related Audi Q7, which starts at $66,300, and the Ford Explorer Platinum, which starts at $64,599. City-based buyers might want to consider the more miserly Toyota Highlander Hybrid ($50,959 in XLE trim or $57,260 in Limited trim), but this option doesn’t offer nearly such a dynamic driving experience as the Atlas.

There’s no shortage of choice these days when it comes to mid-size three-row SUVs. Volkswagen’s Atlas strikes a nice balance with a pair of powertrain options, better-than-average of interior space, lots of standard and available features, and, together with the Mazda CX-9, some of the best chassis dynamics in the segment. For those seeking a family hauler with a healthy dose of driving enjoyment, the Atlas is definitely worth checking out. 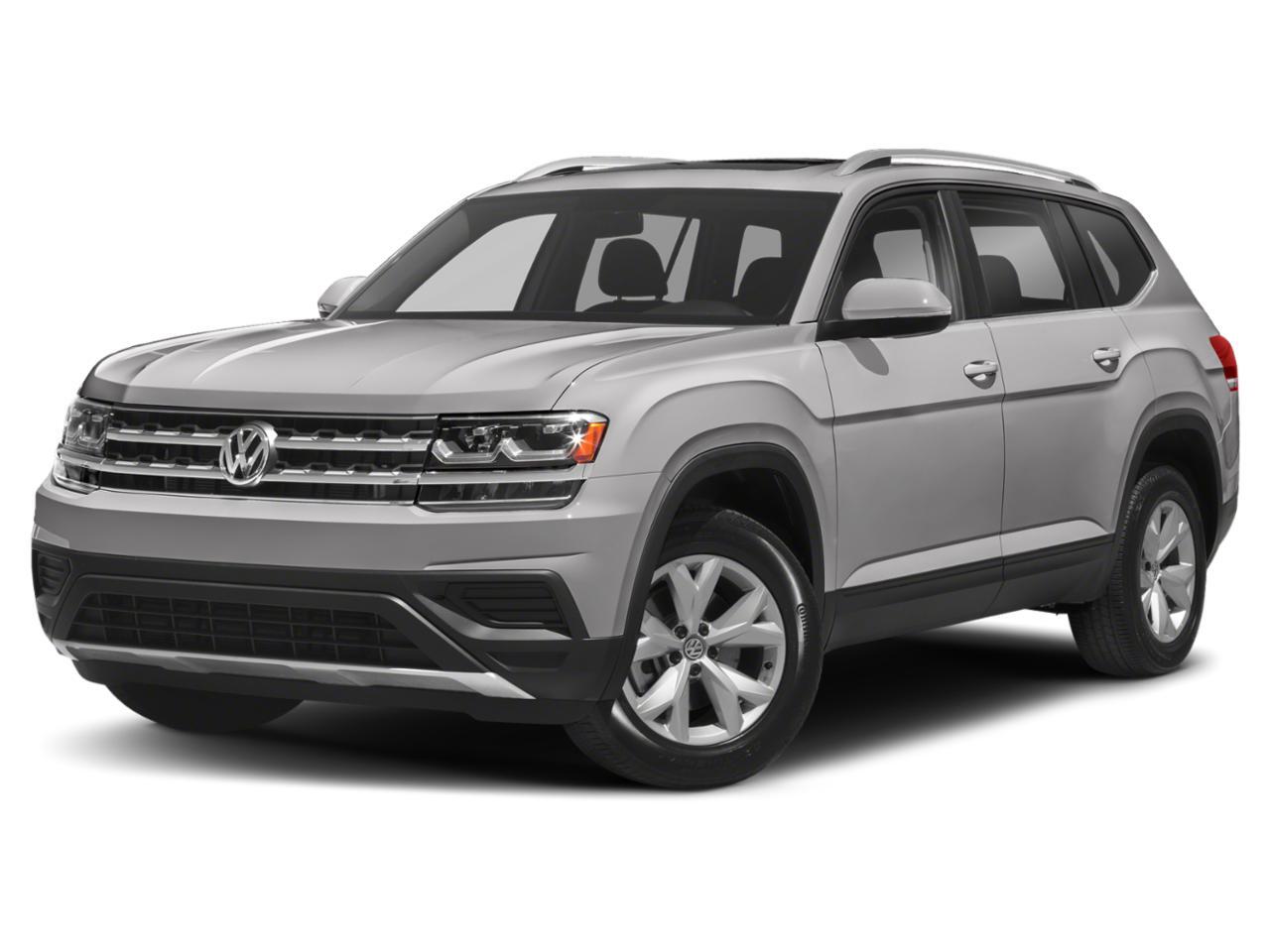 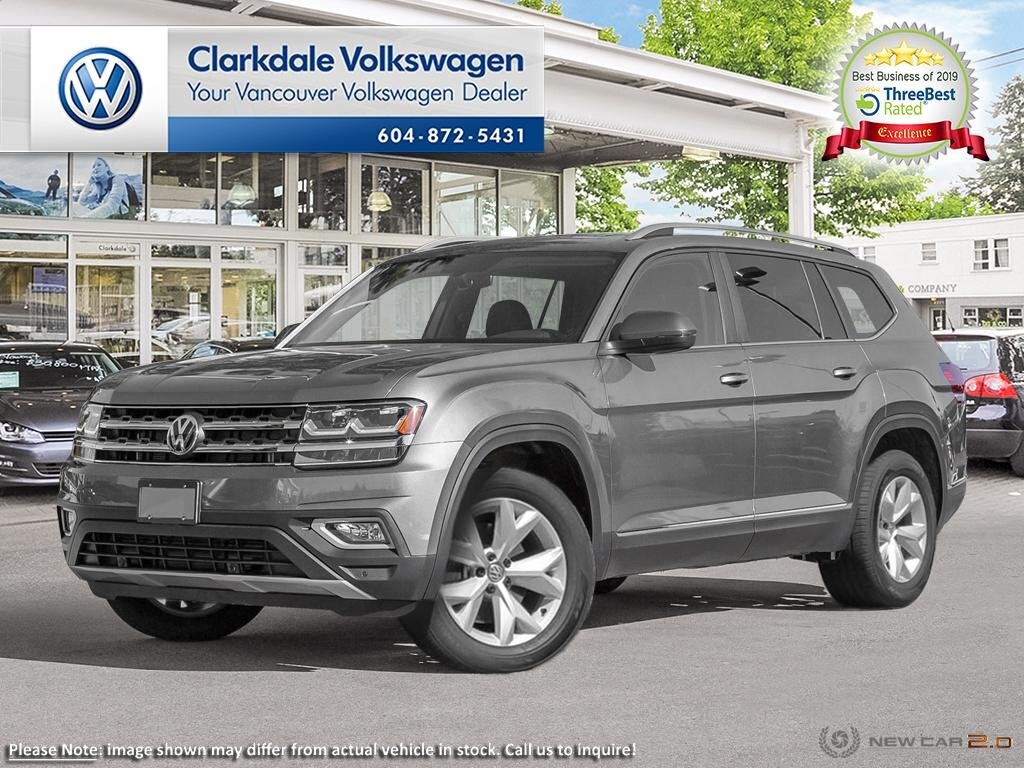 All Articles by Simon Hill

Simon Hill rebuilt his first engine, an air-cooled Volkswagen, at 14. He started writing professionally about cars in 2009 and was also the editor of Boat Journal magazine. He lives in Vancouver, BC.