The 2020 Genesis G70 really is the underdog of all underdogs.

After all, the smallest sedan in the Genesis lineup exists in a segment that has some incredibly big players. The BMW 3 Series, Mercedes-Benz C-Class, and Audi A4 tend to be the go-to small luxury sedans, while entries from Lexus, Infiniti, and Cadillac have had varying degrees of success.

By comparison, the G70 is a newcomer with a lot to prove. Parent company Hyundai has plenty of clout behind it, but brand equity is a big deal in this business, and Genesis has some work to do in that regard. And boy, has the brand been working.

The work starts here. When seen from the front three-quarter angle, the G70 is all business, with its massive grille and glaring headlights and fog lights – whose triangular housing helps give the impression that the G70 is straining against its leash, ready to spring forth in a fury of turbo power. And this isn’t even the most performance-oriented model; this is the Prestige, which is the posh alternative to the Sport model. It’s all-new for this year, with the intention of providing the G70 with an amenity-packed trim that’s had its performance pared back compared to the Sport model.

It doesn’t feature the Sport’s dark wheels, smoked headlights, and dark chrome trim. Instead, that stuff’s replaced by two-tone wheels and chrome brightwork for a slightly more grown-up look. Indeed, even though the G70 is the “baby” of the Genesis lineup – it’s both the smallest and the newest model – it seems there’s still room for a more adult take on the proceedings.

Inside, it’s an exercise in smart accents – around the gear selector and on the window controls and centre console – contrasted with supple brown leather on the seats and door inserts, and atop the transmission tunnel. The fact that the cabin boasts some diamond embossing in areas is a testament to just how seriously Genesis is focusing on the luxury aspects of the G70 Prestige.

The Prestige comes with all the amenities found in the Sport but ditches the performance equipment. There’s no limited-slip differential, adaptive suspension, or high-performance Michelin rubber, but everything else remains. That means heated and ventilated front seats, heated rear seats, a heated steering wheel with power tilt and telescope, Nappa leather upholstery, and outstanding front seat adjustability (16-way driver’s; 14-way passenger). That’s a lot of kit – and we haven’t even touched on the onboard electronics.

An eight-inch touchscreen display is standard on all G70 models, with the Prestige getting navigation as an add-on. The screen itself is crisp, clear, and responsive to inputs, but the way it appears to sit atop the dash seems like a bit of an afterthought. A better integration with the dash would be welcome here. Apple CarPlay and Android Auto come standard, and my experience pairing my iPhone to the system was a flawless one. The connection is quick and easy, and not once during my time with the car was the connection dropped. (Yes, even though CarPlay is usually a wired system, it’s been known to disconnect occasionally. [Especially when using third-party cables. – Ed.])

Where the Prestige model diverges from others is the sound system. Instead of the six-speaker unit that comes standard in other G70s, the Prestige gets a premium 16-speaker stereo that boasts crystal-clear, distortion-free audio, even at higher volumes. There’s wireless charging, too, which saves unsightly cables from snaking their way around the cabin (unless you want to use CarPlay) while also providing a perfect storage spot for your mobile device.

Finding fault with the G70 is a challenge; it’s well-equipped, looks the part, and features top-notch interior accoutrements. Interior space, however, is limited. It’s snug inside to be sure, and the cabin features some odd accommodations. For example, the transmission tunnel seems to rise unnaturally high, especially if the seat has been lowered in order to improve headroom. It makes the G70 feel just a little more cramped than it might otherwise. You may not feel the same way if you sit a little higher, but taller occupants may find this challenging.

It’s a shame, because the front seating position is a good one otherwise, with comfortable, supportive seats, and a good angle from which to reach the wheel. The back seats are going to feel cramped for taller folks, but that tends to be the case across the board in this segment, and the G70 doesn’t really feel much different from the competition in this regard.

While it loses a few points on the occupant space department, it gains them back in its attitude once you start moving. The chassis is crafted in such a way that it takes a mighty bump to unsettle the sedan, and the wind passes over and around the sleek body with very little drama. Genesis isn’t messing around here – this is some proper luxury motoring.

The roughly 300 L of cargo space offered by the G70 is standard for the segment, and the way the seats fold flat against the rear seat cushions is great for longer items. Since there’s a convenient spot for your mobile device up front, there’s no need to sacrifice one of the two front cupholders to accommodate it. Rear-seat passengers, meanwhile, get two full-size cupholders that fold out of the centre seat.

Two engines are available at the Prestige level: a 2.0L turbocharged four-cylinder good for 252 hp and 260 lb-ft of torque, or a 3.3L twin-turbo V6 good for 365 hp and 376 lb-ft of torque. My tester had the latter, and it is an impressive powerplant. For starters, there’s more horsepower and torque on tap than you’ll find in an Audi S4, and there’s more torque than a BMW M340i. (The Mercedes-AMG C 43 manages to eclipse it in both departments, but only by 20 hp and 9 lb-ft.) That’s already a big win for the G70, and it’s driven home as soon as you dip into the throttle pedal.

Fed to all four wheels through an eight-speed automatic transmission, power comes swiftly and smoothly from launch as you’re spirited down the road on a generous serving of torque. There’s even a bit of a growly exhaust note to punctuate the proceedings. When I really opened it up – especially in sport mode – I was moving at a fevered clip before I knew it. It absolutely has what it takes under the hood to not just keep up with its German rivals, but to give them a genuine run for their money whether accelerating from a standing start or at highway speeds. Both scenarios get some extra help from the fast-acting paddle shifters which, considering the nature of the G70, I made use of quite regularly.

There’s just enough of a performance bias here that as a driver, you’re encouraged to shift the gears on your own. In the Prestige, the only way to do that is via the paddles, because unlike the Sport, there’s no manual transmission offered. (It’s also noteworthy that the manual transmission is only offered with rear-wheel drive.)

The Genesis G70’s dynamics are equalled by its driving feel. In addition to ride quality, the handling is spot-on, exhibiting a nice rear-wheel bias that helps rotate the car through corners as speeds increase. In terms of steering, it takes very little input to have the nose turning in. It may be a little heavy as speeds decrease, though, so you’ll want to keep an eye out for that during test drives.

As you’ll note from the photos, my test week involved some pretty deep snow (and winter tires to match), which provided an excellent opportunity to see how well the car’s all-wheel drive system handled adverse conditions. When tossed into some pretty deep stuff, the G70 managed to claw its way out no matter what, the all-wheel drive system shuffling power around to whichever wheel needed it most. I could not get it stuck – not high-centred, and never completely bereft of traction, just grip, grip, grip. It’s proof that with the levels of technology displayed by today’s all-wheel drive systems, a CUV doesn’t always have to be the answer.

Like the infotainment and comfort features, the Prestige designation means a full suite of driver assistance systems including active lane-keep assist, forward-collision avoidance assist (which displayed an overly sensitive attitude during my test, activating when I could tell there was still plenty of time for me to react), blind-spot warning, rear cross-traffic alert, and seven airbags.

The G70’s performance does come with a bit of a penalty at the pump. The 12.0 L/100 km combined rating it gets makes it thirstier than the C 43, S4, and M340i, according to Natural Resources Canada (NRCan). Making matters worse, the only way to achieve peak output is with premium fuel, adding to the penalty at the pumps.

This is where the G70 is truly aces. Undercutting its competition by almost $10,000 in some cases (the M340i), this is the value option of the group. At $56,000 for this Prestige model, you’re getting a lot of luxury for the money. Even if you opt for the Sport that costs an additional $2,000 or so, the G70 is a fantastic car for the price. Not to mention that Genesis will come to your house to get your car for maintenance (and leave a car behind for you) when the time comes, and freight is included in the overall pricing. Nothing really comes close in this department, the G70 losing marks mainly because of its fuel economy and its need for premium fuel.

Brand equity be darned, there is a whole heck of a lot to like about the G70. It looks the part of a luxury car, it performs like one, and it’s equipped like one, too. The only aspect of it that isn’t quite on par with other luxury offerings is the pricing, and that’s a feather in the cap for Genesis no matter which way you slice it. 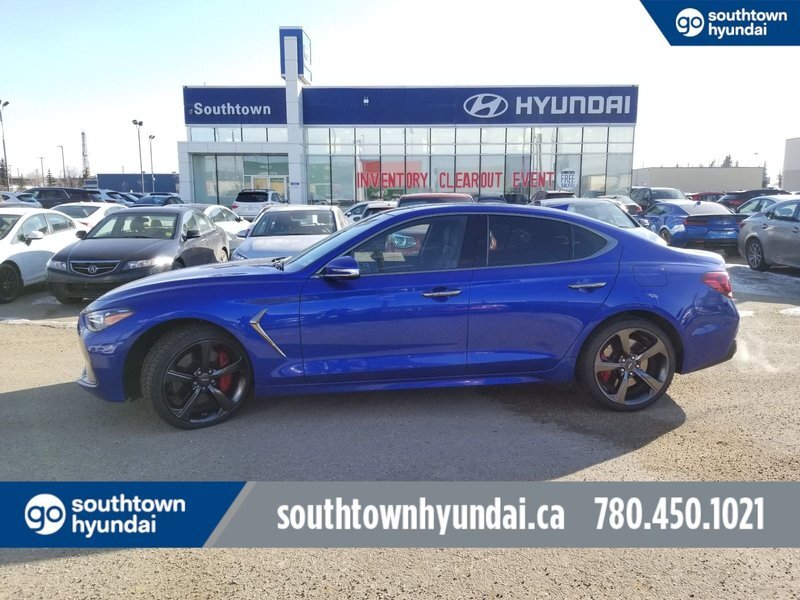 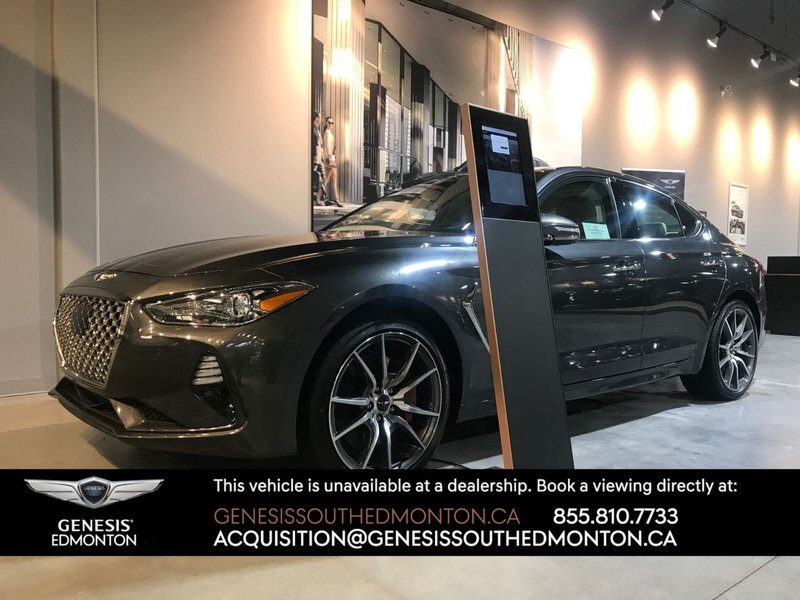 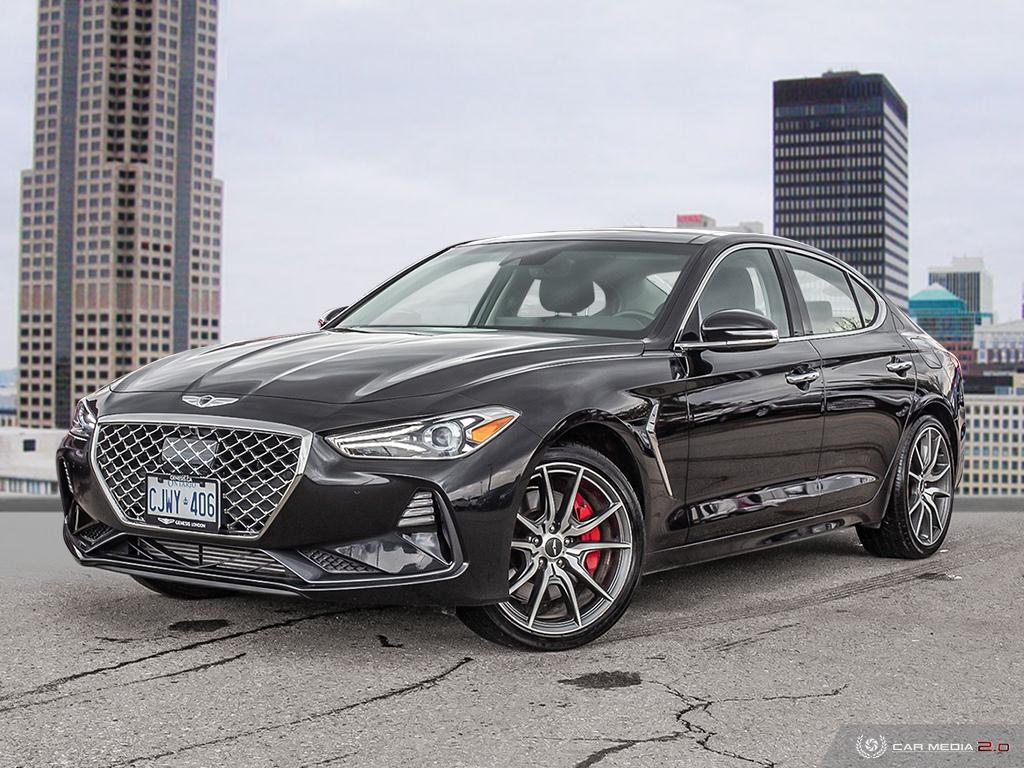