More Canadians than ever are turning away from cars and looking to crossovers for their next family vehicles – but affordability remains top of mind.

The redesigned 2020 Kia Soul is likely to attract more interest than ever: the diminutive box-on-wheels that blurs the line between car and crossover was ahead of its time when it launched a little more than a decade ago, but the third generation is here in time to capitalize on subcompact crossovers having their moment.

There will be several camps on this, but I’m a fan of the Soul’s redesign. It nips and tucks in all the right places, and the unified LED headlamps and all-around taillights modernize its look. The interior had plenty of room for improvement, and while the design itself hasn’t ended up being especially exciting – it’s black on black on gloss piano black in the higher trims – it’s definitely a few notches higher in terms of quality, especially in the Limited grade’s leather seats with contrast stitching.

The GT-Line designation is an appearance package that adds a few sporty touches like a slightly different grille and side sill accents, roof rails, a flat-bottom steering wheel, and lots of badging. It’s nice, but it certainly isn’t necessary.

Despite how boxy the Soul looks, visibility from the rear isn’t quite as excellent as one might think since the rear window is on the smaller side.

A quick anecdote spells this aspect out perfectly: my daughter and I had a camping trip planned with friends during our time with this car, and we’d planned to take two cars for the six of us. Two people cancelled, and we lost our second car – so we lowered the cargo floor to add some space in the back, and we managed to fit in the other two friends and all their gear with no issues at all. In a small vehicle, that kind of flexibility is golden. [This review was conducted prior to the COVID-19 pandemic and subsequent stay-at-home orders. – Ed.]

Some people might consider the lack of available all-wheel drive a knock on the Soul’s practicality. For the vast majority of folks considering this car for urban settings, though, a quality set of winter tires will be money better spent.

From the flexible cargo space to the simple button layout and the cup holders that keep beverages out of the way, the Soul is well-considered from a usability standpoint.

The 10.25-inch infotainment screen that’s added from the EX Premium trim is an excellent size for a car in this price category, and Android Auto and Apple CarPlay are included regardless of whether you end up with this or the standard smaller seven-inch screen.

The only downside of the larger screen is that the graphics aren’t tweaked to make better use of the space; the radio screen still displays only five presets, for example, while there would be room for more if that space was used in a tiled layout rather than horizontal.

Heated front seats are standard equipment, and a heated steering wheel and wireless phone charger are included from the EX grade. It should be noted that satellite radio is only available from EX Premium, and oddly, a heated windshield and heated washer nozzles are excluded from the Limited grade.

For just over $30,000, this GT-Line Limited model comes with some great features: two-stage heated rear seats, heated and ventilated front seats, adaptive cruise control, a head-up display, and rain-sensing wipers are among the highlights. Combined with the long list of standard amenities and safety features listed above, the Soul presents an excellent value proposition.

If there’s anywhere the Soul disappoints, it’s in the power figures. There’s no optioning your way out of the 147 hp naturally aspirated 2.0L four-cylinder, and it feels anemic at best, especially at lower speeds. On paper, this isn’t completely out of line with other small, affordable crossovers: the Nissan Kicks, for example, makes only 122 hp and 114 lb-ft from its 1.6L engine, but it also only weighs a maximum of 1,215 kg (2,679 lb), while the Soul tops out at 1,393 kg (3,071 lb). That weight difference outpaces the output difference, and as a result the Soul’s performance doesn’t live up to the promise of the looks.

While a turbocharged motor is offered in the Soul south of the border – the same 1.6L motor found in the Forte GT that generates 201 hp and 195 lb-ft of torque – Kia Canada has opted to keep it off the build sheet this time around. (A turbocharged version of the second-generation Soul was offered in Canada.)

For being as small as it is, the Soul does well on the comfort front. The leather seats are supportive, and there’s a respectable amount of legroom – even in the second row.

Here’s an interesting discovery: I happened to drive the Soul EV back-to-back with this car, with the all-electric version first in line. By the time I got to the gas-powered Soul, I noticed a harsher ride and handling quality that wasn’t present in the EV.

It turns out that while both cars have independent MacPherson struts on the front axle, the EV has a multi-link rear suspension with twin-tube shock absorbers on the rear, while the gas-powered Soul rides on a torsion beam. The difference is significant, and not to this model’s benefit: its ride is a lot rougher, and it handles like a sheet of plywood. Of course, the EV’s base price is more than $10,000 more than the cost of this top-grade gas-powered model, so this is a case of getting what you pay for. [At a similar price point within the Kia lineup, the turbocharged Kia Forte5 GT benefits from an improved multi-link rear suspension, too. –Ed.]

The Soul’s fuel consumption is good in general terms, but just average within its segment: it’s rated by Natural Resources Canada (NRCan) for 8.6 L/100 km in city driving, 7.1 on the highway, and 7.9 combined – the latter figure being the one I matched after a week of mixed-roads testing. That’s not bad, but there are several competitors that do better.

While it’s true that the power and handling leave some room for improvement, the Kia Soul hits a lot of the marks that frugal-minded Canadians will be looking for: it’s very well-equipped at every price point, and it has the quality in design, build, and materials, plus the technology features, to appeal to the younger and/or more eccentric buyer. Soul fans are going to love it, and it should attract some new converts, too. 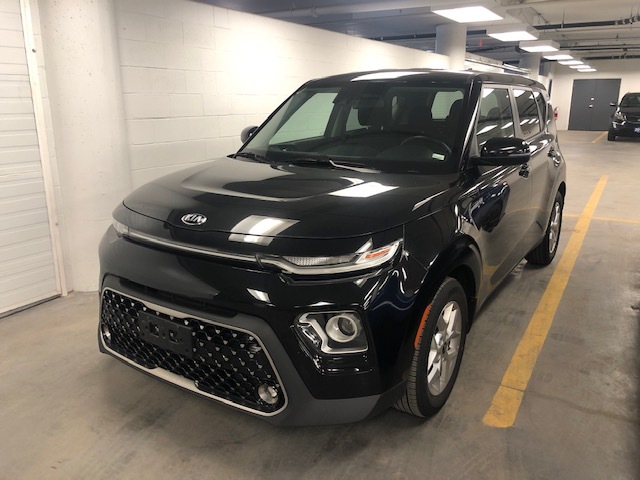 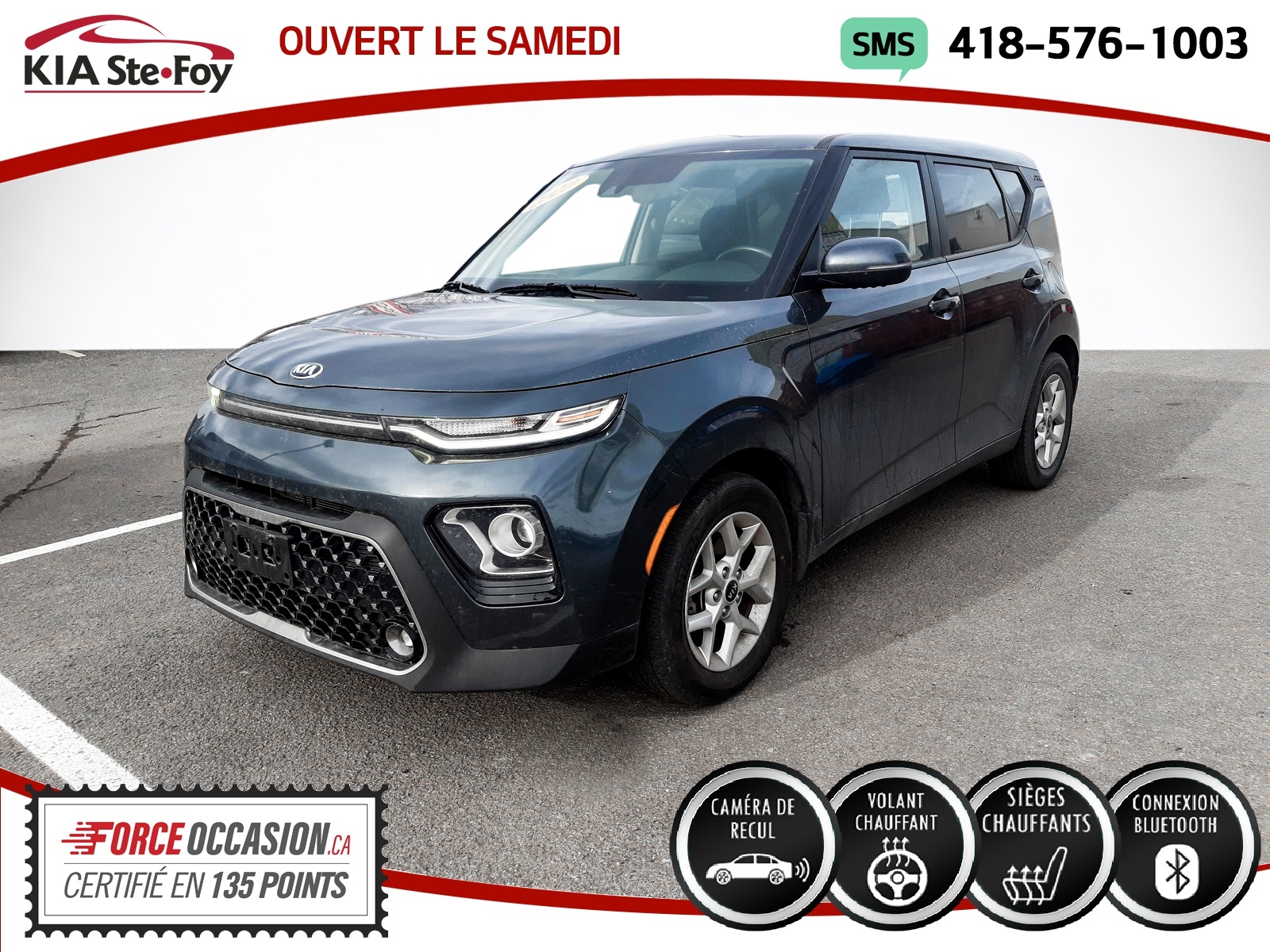 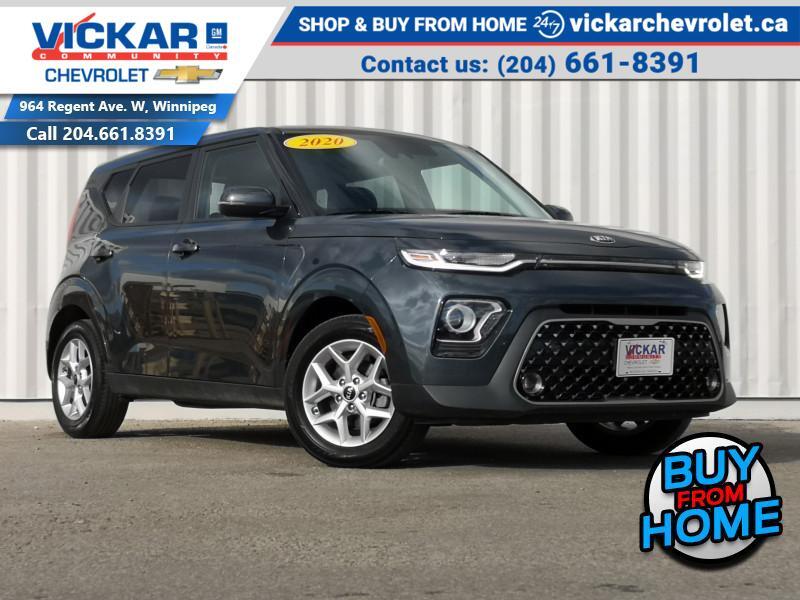