It’s not hard to understand why crossovers have become some of the best-selling vehicles in Canada in recent years.

Not only are they preferred for their higher driving positions, but they also boast softer suspension for traversing pothole-filled streets and unpaved gravel roads, and the vast majority are available with all-wheel drive for improved confidence in winter conditions.

The 2020 Jeep Compass remains true to that mission, offering up the kind of go-anywhere capability that draws shoppers to Jeep dealers in the first place.

Under the hood of the 2020 Compass is a naturally aspirated 2.4L four-cylinder, which produces 180 hp and 175 lb-ft of torque. The engine feels like it’s lacking output in this 1,509-kg (3,327-lb) crossover and is fairly loud and unrefined as well. The nine-speed automatic transmission isn’t doing the four-cylinder any favours either, constantly flipping back and forth between gears as the software attempts to maximize the vehicle’s fuel economy.

While the engine/transmission combo leaves something to be desired, the Compass does have a decently refined ride that soaks up bumps in the road with ease. The electronic power steering rack feels heavily boosted and doesn’t provide much feel or feedback, but this makes the vehicle easy to manoeuvre around town and park, which is probably more important in this segment. A commanding driving position makes it easy to see out of and minimizes blind spots.

What really sets the Compass apart from other crossovers are its drive modes for snow, sand, and mud. These off-road modes allow the user to tailor the traction control for a specific driving situation and provide superior traction in slippery conditions. For customers who actually plan on using their crossovers to do some light off-roading – or those who live particularly snowy areas – this will be a very welcome feature that is absent on many other crossovers these days, though the aforementioned RAV4 also includes similar settings.

The tidy, straightforward exterior styling of the Compass is very welcome in an age of massive front grilles, sporty intake vents, and narrow LED headlights. This is a no-nonsense crossover and it looks the part with Jeep’s iconic seven-slat grille sitting out front, which is joined by chunky headlights and taillights. The contrasting black roof also looks great on our tester and gives it a bit of a premium look.

Improving the appearance of our tester was the $1,295 package that added the gloss black roof along with matching gloss black exterior trim, black Jeep badges, 18-inch gloss black wheels, and a bright chrome exhaust tip. The rather attractive Laser Blue Pearl paint, a $100 option, also contributed to the stylish look.

Our tester came very well equipped and thus wasn’t hurting for features or amenities. The so-called cold weather package, a $995 option, added items like heated front seats, a windshield wiper de-icer, remote engine start, and a heated steering wheel, while a $895 safety pack brought with it rain-sensing wipers, front and rear parking sensors, rear cross-path detection, and a security alarm. The $795 Popular Equipment Group includes some features we’d rather see standard at this price point, though, such as a 115-volt outlet, seven-inch driver’s display, and power driver’s seat with lumbar support.

Some of the more notable standard features on the Compass Altitude trim tested include the selectable traction management system, keyless entry with push-button start, dual-zone automatic climate control, Apple CarPlay and Android Auto, and front one-touch up and down windows.

Like many Jeep vehicles, the Compass is straightforward and easy to use thanks to its big, chunky interior knobs and buttons, which are clearly marked with large, easy-to-read font. The automaker’s Uconnect infotainment system is as good as ever in the Compass, too, with sharp responsiveness to touch inputs and a straightforward menu layout.

Our tester also came with the upgraded 8.4-inch touchscreen that also adds built-in navigation. The system proved itself accurate and easy to use during our week spent with the Compass, never lagging, freezing, or putting us down the wrong path.

While the Compass gets some practicality points for its impressive ground clearance, lack of blind, spots and easy-to-use technology; we have to dock it some for its cargo space. The Compass has a cargo capacity of 770 L with the rear seats upright and 1,693 L with them folded. Compared to the RAV4, which has 1,065 L behind the back seat and 1,977 L with the bench folded down, the Compass certainly comes up short. Potential buyers that plan on using the back seats often or have lots of cargo to carry should ensure the Compass is spacious enough for their needs before they pull the trigger.

The Compass has a soft, compliant ride and a quiet cabin. While some of the interior materials are a bit downmarket and cheap-feeling, the front seats are well bolstered and comfortable. Rear headroom leaves something to be desired, however, and we wouldn’t suggest sticking taller adults back there for any significant amount of time.

Also taking some points away here is the steering wheel. While the chunky, leather-wrapped wheel looks okay, the massive spokes at ten o’clock and two o’clock make it all but impossible to hold properly unless you have hands the size of Andre the Giant. This same steering wheel also appears in other Fiat Chrysler Automobiles (FCA) products, where trying to figure out how to properly hold it in your hands is equally as infuriating.

The 2020 Jeep Compass has an overall rating of “Good” in most of its crash-testing conducted by the Insurance Institute for Highway Safety (IIHS). It received the highest possible rating in most of the agency’s crash-worthiness evaluations, though its overall structure was only rated “Average” due to some footwell intrusion in certain front-end crashes. Its headlights also received a rating of “Moderate” due to the straightaway visibility in certain conditions.

Standard safety features on the 2020 Jeep Compass include electronic traction and stability control, hill-start assist, electronic roll mitigation, and front, side curtain, and knee airbags. Our tester also came with the advanced safety pack that adds items like advanced cruise control with stop-and-go, advanced brake assist, lane-departure warning with lane-keep assist, automatic high-beam control, forward collision warning, and an auto-dimming rearview mirror. Some of these active safety items should be standard, but this equipment group is a great deal at $995. If Compass buyers skip over all the other available options, we’d still suggest they go for the advanced safety group due to its undeniable value.

Prices for the 2020 Jeep Compass start at a reasonable $26,800, but that’s for the bare-bones Sport model with front-wheel drive and a six-speed manual transmission. The North trim – on which our Altitude tester is based – comes in as the cheapest available with four-wheel drive, starting at $32,145. It’s on par with similarly equipped competing models like the RAV4 and represents decent overall value for the segment.

The 2020 Jeep Compass is a solid crossover that focuses on the core tenets of the segment: practicality, capability, and convenience. The unrefined powertrain leaves room for improvement, however, and the ever-important issue of cargo space puts it at a disadvantage to well-packaged rivals like the RAV4. There are better options out there for the money, but not all of them have the rugged, go-anywhere attitude of a Jeep. 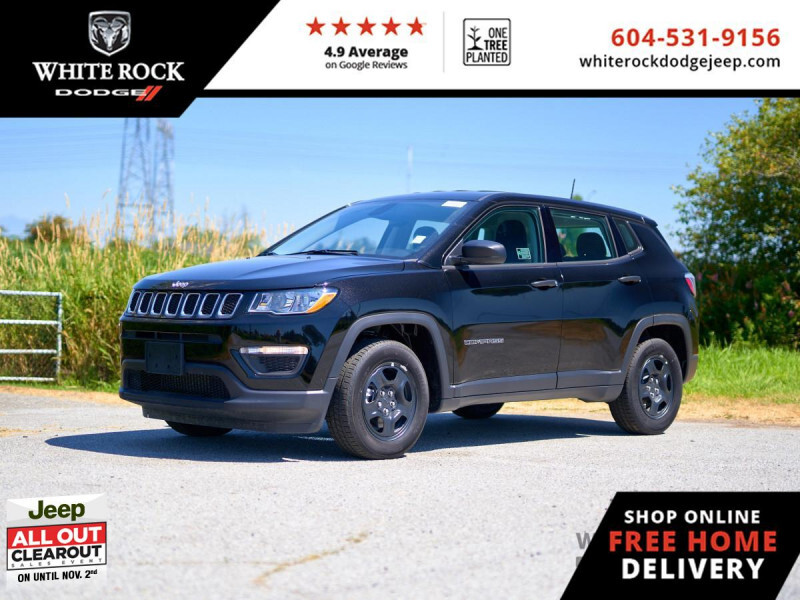