They call them icons for a reason. These cars have legions of followers, and sometimes can carry an entire company's reputation by themselves. Fans of both brand and breed await anxiously to see what the next generation looks like – and sometimes the consensus is, new might not necessarily be improved.

Here are five picks of the best generations for cars that have speed and capability built into their bloodline. You've always thought about getting one, but maybe finding the best one doesn't have to mean scraping together every penny to go new. 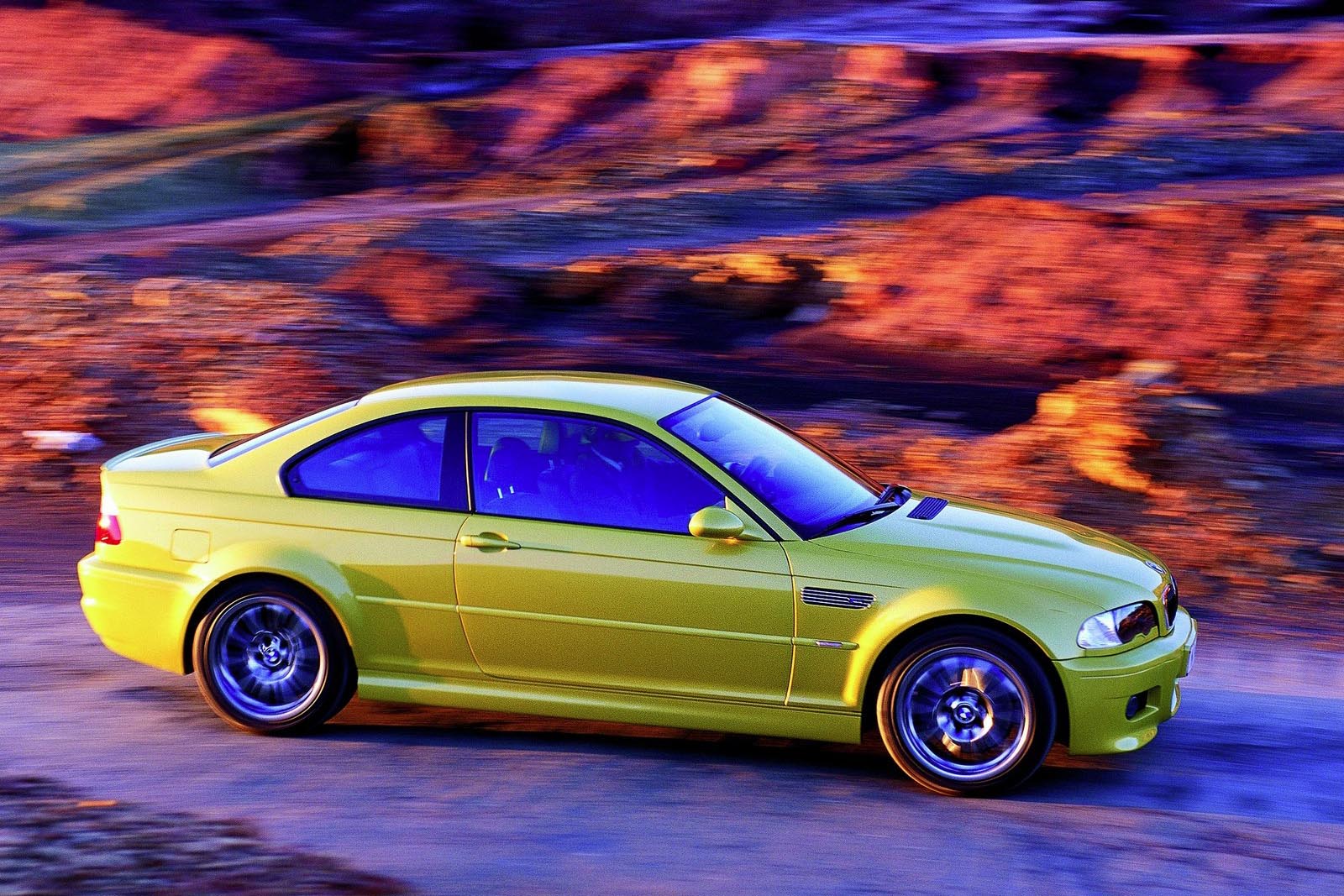 The first M3 was a stellar little box-flared tyke of a thing, a homologated racing special with a screaming four-cylinder engine and nimble handling. Unfortunately, it's almost impossible to find somebody willing to part with theirs these days, and even if you could, prices are through the roof.

Then, at the nearly-new end of the scale, there's the big V8 cars, which have a lovely engine, but are also fairly heavy. That's not quite right either, Goldilocks.

Instead, it's the middle of the range where you find M3 perfection, specifically with the 2001-2006 third-generation cars. Dubbed the E46 by those who memorize chassis codes, the third-gen M3 has a smooth and thrilling 3.2L straight-six good for 333 hp, dimensions still small enough to feel light and nimble, and a classic shape.

There are a few things to watch for, including a connecting rod recall and subframe issues, but if you have the car properly inspected before purchase, you should be fine. Moreover, if you manage to find a later stick-shift version with the very rare competition package, you might find that the thing actually appreciates in value.

We'd also be remiss if we didn't mention the second-gen M3 as an affordable alternative. They can be fragile, but are oft-overlooked, particularly the useful four-door sedan version. 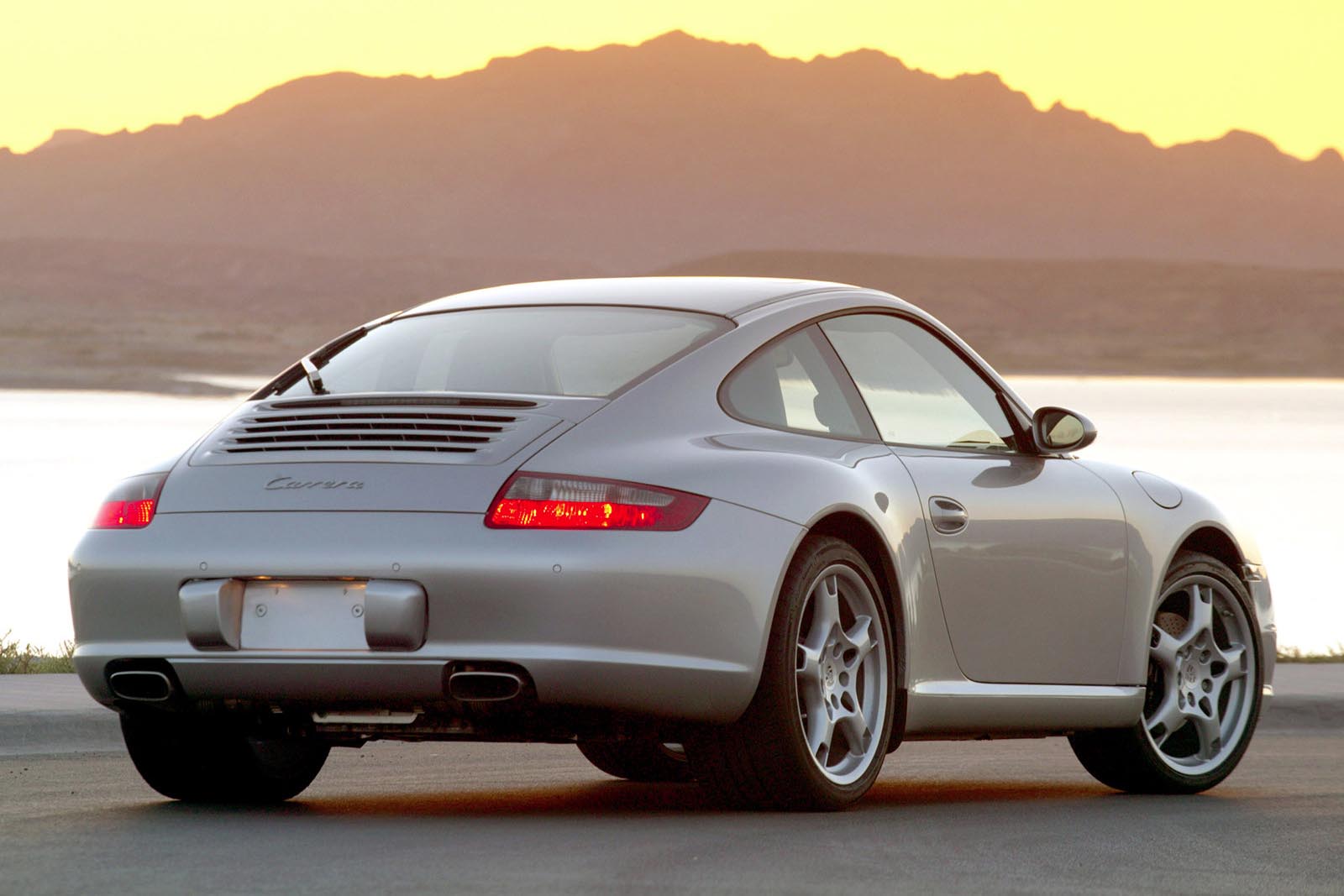 Everyone's favourite 2+2, a used 911 is always going to come up as competition for almost any new car. Unlike the air-cooled versions, where prices are shooting into the stratosphere, the water-cooled 911s are actually becoming affordable. Sometimes, where the first-generation of wasser-boxer 911s are concerned, they're actually a little too affordable.

However, with the 997 and better 997.2 variant cars, you've got a pretty safe bet. They're both fairly loud on the highway in terms of road noise, but other than that, the 997 is an entirely streetable car that looks like a proper Porsche and is very fast indeed. While most people imagine they want an S or GTS version, sometimes the standard car can be the best buy here, as many of them have been carefully preserved.

As to transmissions, friends don't let friends buy Tiptronic – unless you're looking for a convertible cruiser with that flat-six sound, wait until the later models with their PDK double-clutch gearbox for a better blend of track competence and daily driveability.

Five minutes of research will dredge up the two main problems with this series of 911: the tendency for the large rear main seal to start leaking, and the infamous intermediate shaft bearing failure. The former can be fixed without too much problem, and there are aftermarket solutions for the latter. Beware of car with mileage too low, as sitting around for long periods of time isn't great for a 911; if you do find the right one, make sure you drive it! 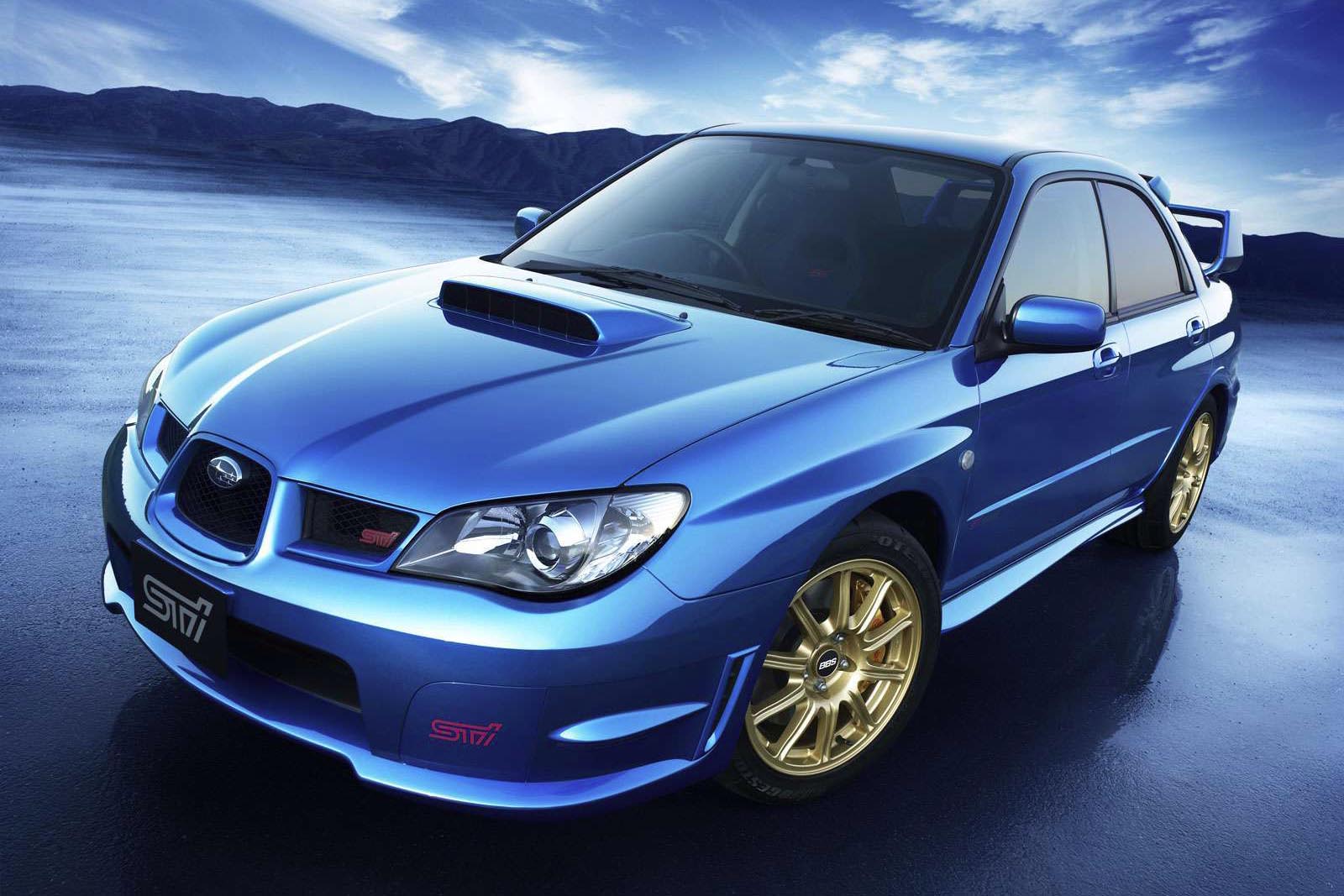 Nothing says practical speed like a Subaru WRX. You've got your all-wheel drive for poor weather conditions, your four doors for schlepping around the kids, a usefully sized trunk for cargo duty, and decent visibility. Also, giant wing and hood scoop. Because race car.

The STI first came to Canada in 2004, but these early models are perhaps not recommended. They don't have immobilizers from the factory, so be prepared to invest in a little extra aftermarket security as they forever top the most-stolen list.

Later cars are better, but when the STI hatchback debuted as a 2008 model, many people felt that the car had grown a little soft. It wasn't as much of a drop-off as the WRX of the same year, but it wasn't quite as raw either.

Once again, perfection can be found in the middle ground with the 2006 and 2007 STI. The Limited model is particularly nice for those who'd rather fly under the radar, as you ditch the giant rear spoiler, and the 2007 model has very slightly better gearing for everyday use; really, any are excellent here. As they've been around for a long while, there's also a huge amount of aftermarket support to help you beat up on the current-model STI with ease. 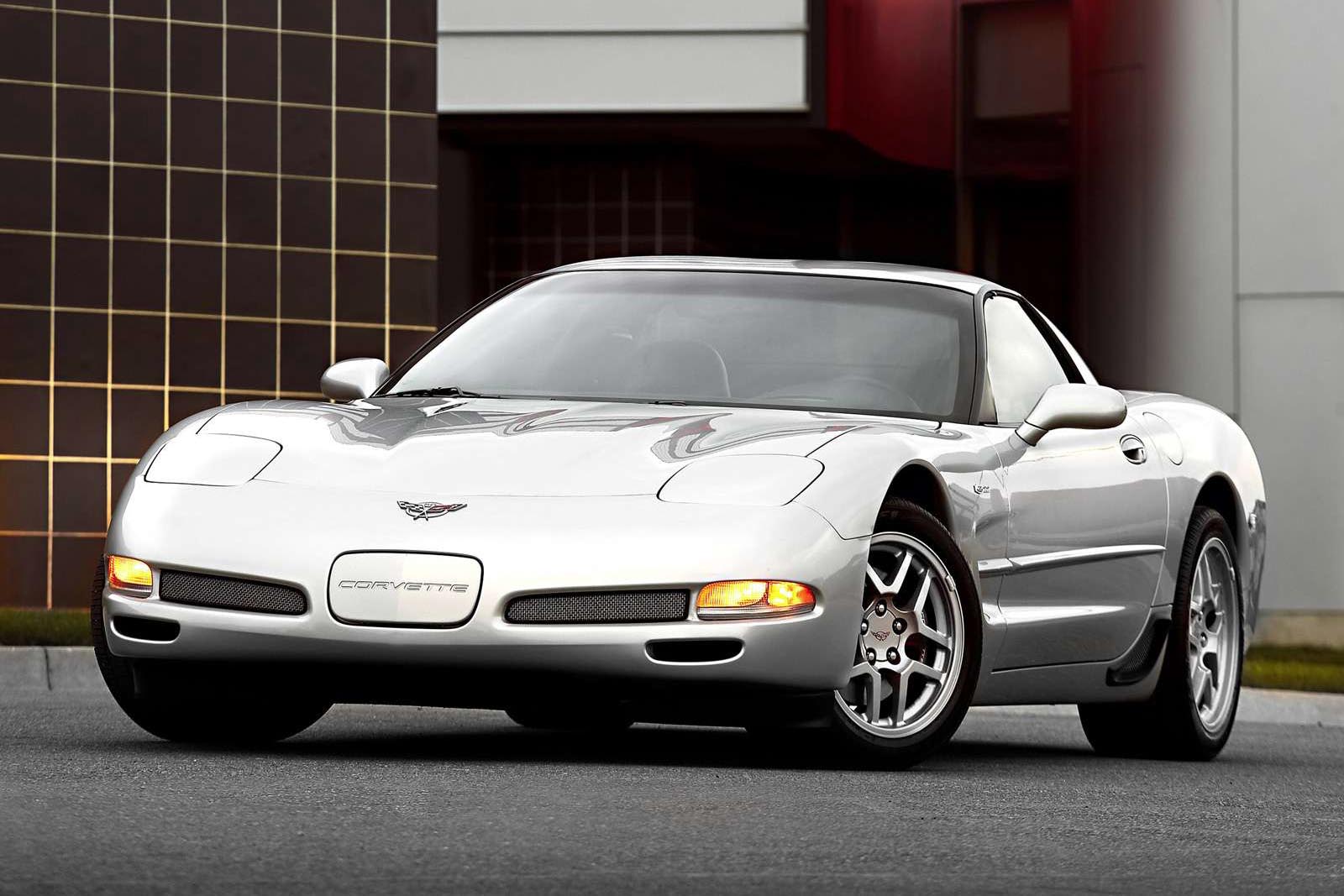 You'd never buy a Corvette for refinement or subtlety, but in terms of raw speed and surprising durability, the Vette's the one. It's capable of making mincemeat out of high-strung Italian machinery on the track, and is far less likely to come home on a flatbed.

Both the fifth and sixth generation Corvettes are great buys, as there doesn't seem to be a great deal of collector-based nostalgia in the market. A little searching found a pristine Z06 with just 30-odd thousand kilometres on the clock, for about the same price as a lightly used Civic Si. You just can't beat that kind of bang-for-the-buck.

The Z06 is the package to have, by the way, with later C5 'Vettes getting a healthy 405 hp from their aluminum LS6 V8. The suspension is also stiffened, and with a strong fixed-roof setup and beefy brakes, the Z06 is a track monster.

C6 cars have even more power, a 7.0L, 505 hp V8 called the LS7. You also get an aluminum chassis, six-piston brakes, carbon-fibre fenders and hood – the list of improvements is endless, but the cars remain relatively inexpensive. 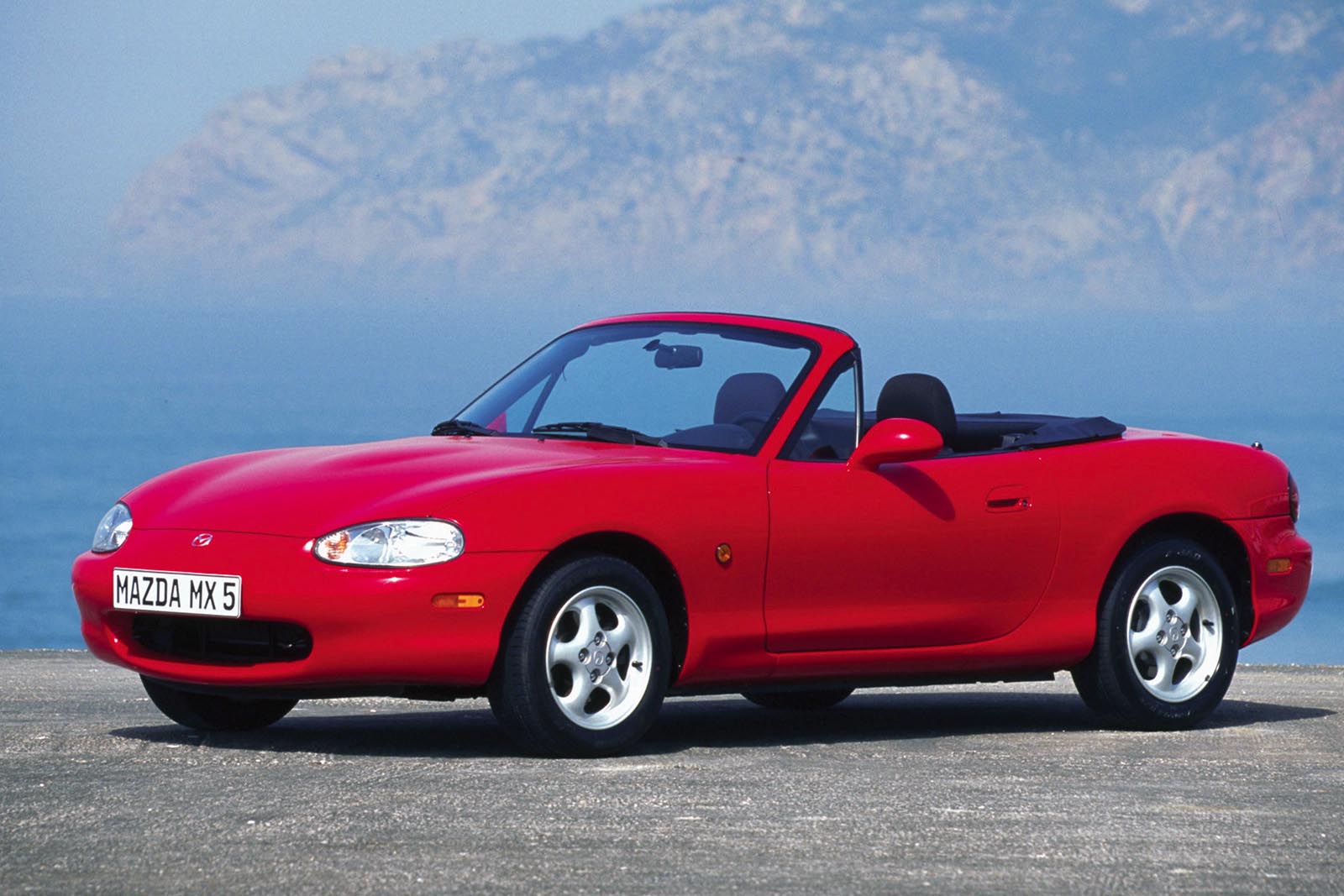 I know what you're thinking – what's a little four-cylinder roadster doing in a list with M3s, 911s, and monster Corvettes?

If you want to learn to become a better driver, Mazda's MX-5 is simply the only way to go. It's small and light, making it easy to place on the apex; it's low-powered enough that you really need to polish your control inputs to keep speed up; it's forgiving if you mess something up and very cheap to run.

And then you get it off the racecourse and find that the MX-5 is a delight at reasonable speeds on the public road. There's a good reason this thing's far and away the best-selling roadster of all time.

The first generation Miatas are delightful cars, but we're going to recommend the second-generation version, simply for its better handling and power delivery. The first is a purer roadster, the second is more of a sports car.

If you can find one, the Mazdaspeed version available in 2005 and 2006 is the one to have. Yes, the light-pressure turbo doesn't provide much punch, but the combination of upgraded transmission, stiffer suspension, and lightweight forged alloys makes for a really beautifully driving little car. More power is easily available should you want it, but the MX-5 is excellent as is.