Can't get enough of the Wasteland? Mad Max: Fury Road arrives on Blu-Ray and digital media on Tuesday, September 1, a day that also sees the launch of the Mad Max videogame for Playstation 4, Xbox One, Windows and SteamOS. But if you find yourself at the PAX Prime gaming convention in Seattle, you could channel your inner War Boy and summon an Uber chariot taxi to convey you unto Valhalla to a destination within the city limits.

While the street-legal modifications are nowhere as extreme as the ones seen in the movie (where's the two-storey-tall tower of speakers?), we'd like to take this opportunity to remind you that dangling off the hood of a car is ill-advised in the extreme – no matter how Shiny and Chrome you are. 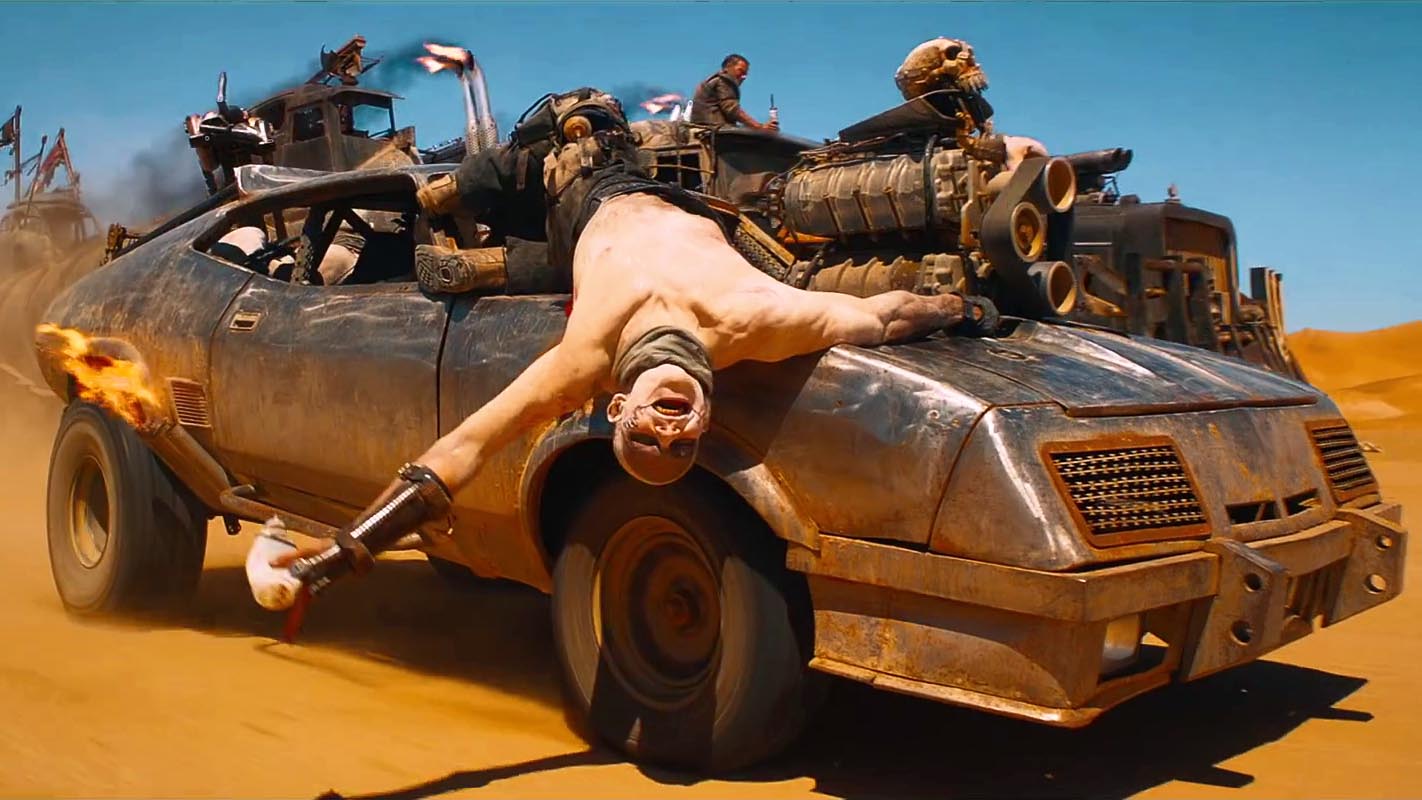 Don't do this at home, kids.

If you're on your way to Seattle this very moment, might we suggest also picking up a can of silver spray?