He’s a former OPP Sergeant who traded in his badge for a gig as a traffic and safety specialist on CP24, Toronto’s breaking news channel. But Cam Woolley isn’t just a car safety reporter, he’s also an avid car collector. During his 30-year career with the OPP, he also ran a film business, supplying cars for movie sets and growing his collection to nearly 35 vehicles at one time. Even though Woolley dumped that business, he still collects cars. His garage north of Toronto is filled with classic and modern gems including a 1969 Chevrolet Corvette, a 2002 Chevrolet Corvette C5, a 1975 Chevrolet Convertible, a 2010 Cadillac Escalade, and a 2010 BMW X5.

PG: “What sparked your interest in cars?

CW: “I’ve been a car nut since I was a little kid. I remember waiting and waiting Thursday to get the new Auto Trader magazine and it was the greatest thing to read, going through those pages over and over again and looking at all the different cars I would dream about owning. Over the years, I have bought and sold quite a few cars out of Auto Trader. I’m pretty fussy about cars. I found some of the best deals and some of the best cars. I found a great Corvette last year on autoTRADER.ca and I was super happy.”

“My hobby is the elusive barn find. The hunt is great fun. I’ve barn-found everything from a World War II tank to all kinds of cars and trucks. Sometimes they’ve been the proverbial money pit where they would have been better left to return to the soil from whence they came.” 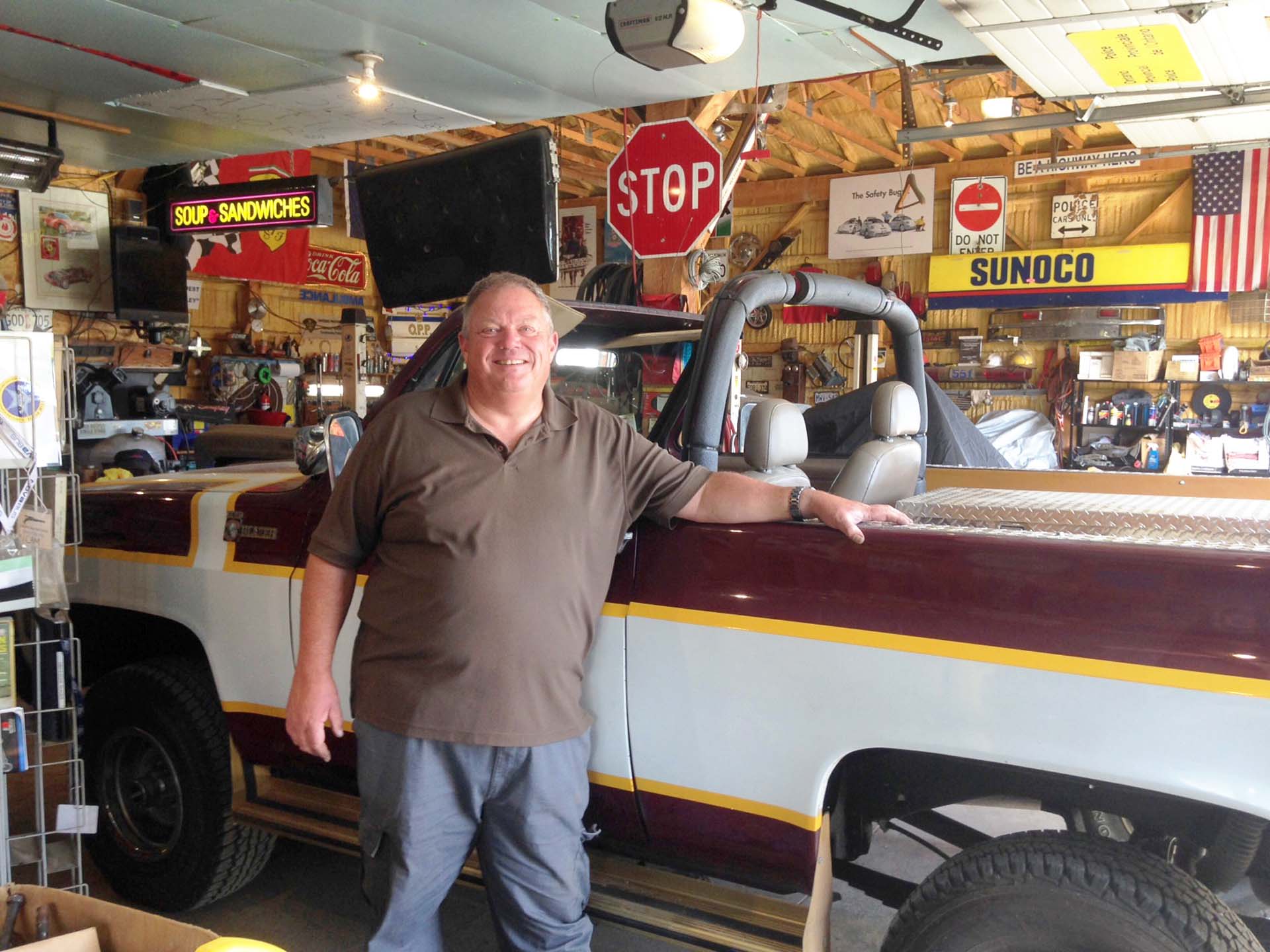 “I just went junk-yard shopping and I found some power leather bucket seats to put in my ’75 Chevy Convertible, which is really rare. It’s a pickup-truck type convertible. That was also a barn-yard find, not far from my house. It was like the Corvette – my ’69 Corvette had been restored about 15 years ago and ended up in the hands of a very eccentric collector I know. He put it in one of his barns and forgot about it. I was at his place trying to get rid of a V12 Jag and he was the only one who was interested. He wanted a trade. I thought I wouldn’t mind an old Vette to tinker with in the shop. I didn’t like it that much, but it was a way to get rid of the Jag. I spent the winter rebuilding it. It was sound, but it hadn’t run in 15 years so it had all of the associated problems with the brakes, the electrical system, and the fuel system.”

PG: “Are you mechanically handy?”

CW: “Yeah. Besides being an OPP officer for 30 years a lot of people didn’t know I was in the film business for about 20 of those 30 years. I was a partner in one of the largest businesses in Canada that supplied the cars for movies. I used to build them all of the time. At my home, I have a heated and air conditioned fully-equipped shop with absolutely everything in it – it’s equipped better than some independent garages.”

PG: “What type of auto renovations have you done?”

CW: “I’ve built cars just from frames. For movies, I’ve taken ambulances that have rolled or hit a train and put them back together. I’ve done frame-off restorations on a World War II tank that had trees growing through it and the armour cut off. I still have a full shop and I still really enjoy it. It was a nice stress break from policing and breaking news. Sometimes you get those really hectic days and it’s nice to go to the shop.” 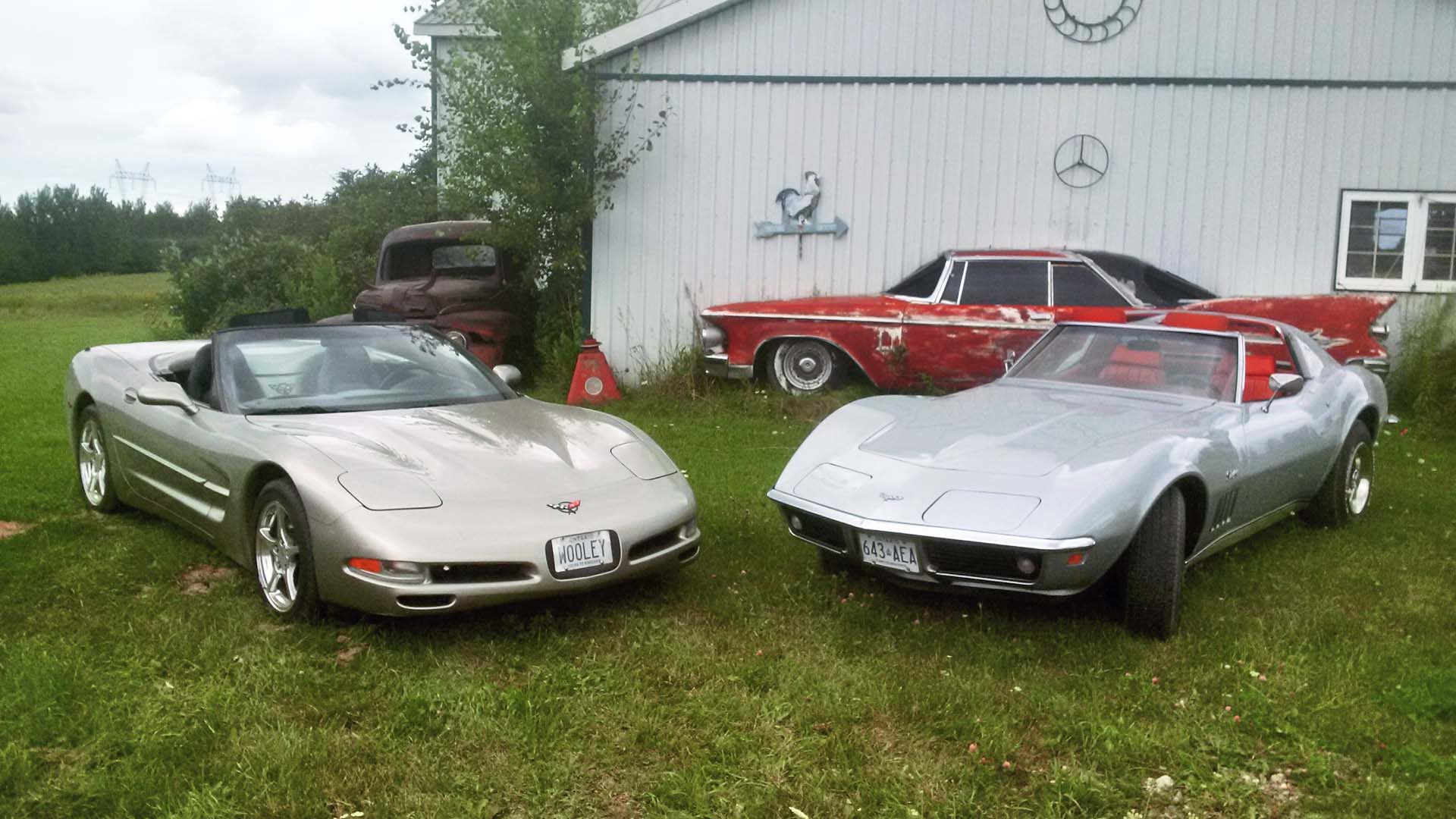 PG: “What else have you owned?”

CW: “I’ve had three Corvettes. I’ve had Ferraris, three Rolls-Royces, lots of Mercedes, Jags, Land Rovers and BMWs. I’ve had a bunch of World War II Jeeps. I’ve had just about everything. No Japanese stuff – it’s just not my thing. At home now, we have an Escalade that I found on autoTRADER.ca, a BMW X5 that my wife drives, and we each have a Corvette. I’ve had up to 35 cars here when I was doing the films. We just sold some of our stuff – we had some military vehicles including a 1954 Ferret armoured car.”

CW: “No. No. Friends say investments, but if you kept the money in the bank you would have been far better off. There have been cars I’ve owned over the years that have suddenly gone nuts or I should have kept like an Aston Martin. Back in the ‘80s, they were $5-6,000 and a few years later add a 0. I remember having a Jag E-Type – a piece of junk that I didn’t even try to fix. I just flipped it and made $500 bucks. I thought I was a really sharp guy. It was a fairly rare one and within a couple of years the same piece of junk would have been worth way more – again, add a 0 and that’s not even fixing it.”

“I’ve made some money on the military vehicles I’ve owned. A World War II Jeep is now $25,000. I kept the Ferrari for six years and got my money back, which was neat. There’s no way you’re going to get your money back on some cars. Now, you see crazy money for Camaros and Barracudas. I never really liked the ‘Cudas anyway, but the price looks like a phone number.”

PG: “What’s the most amount of money you’ve invested in a car?” 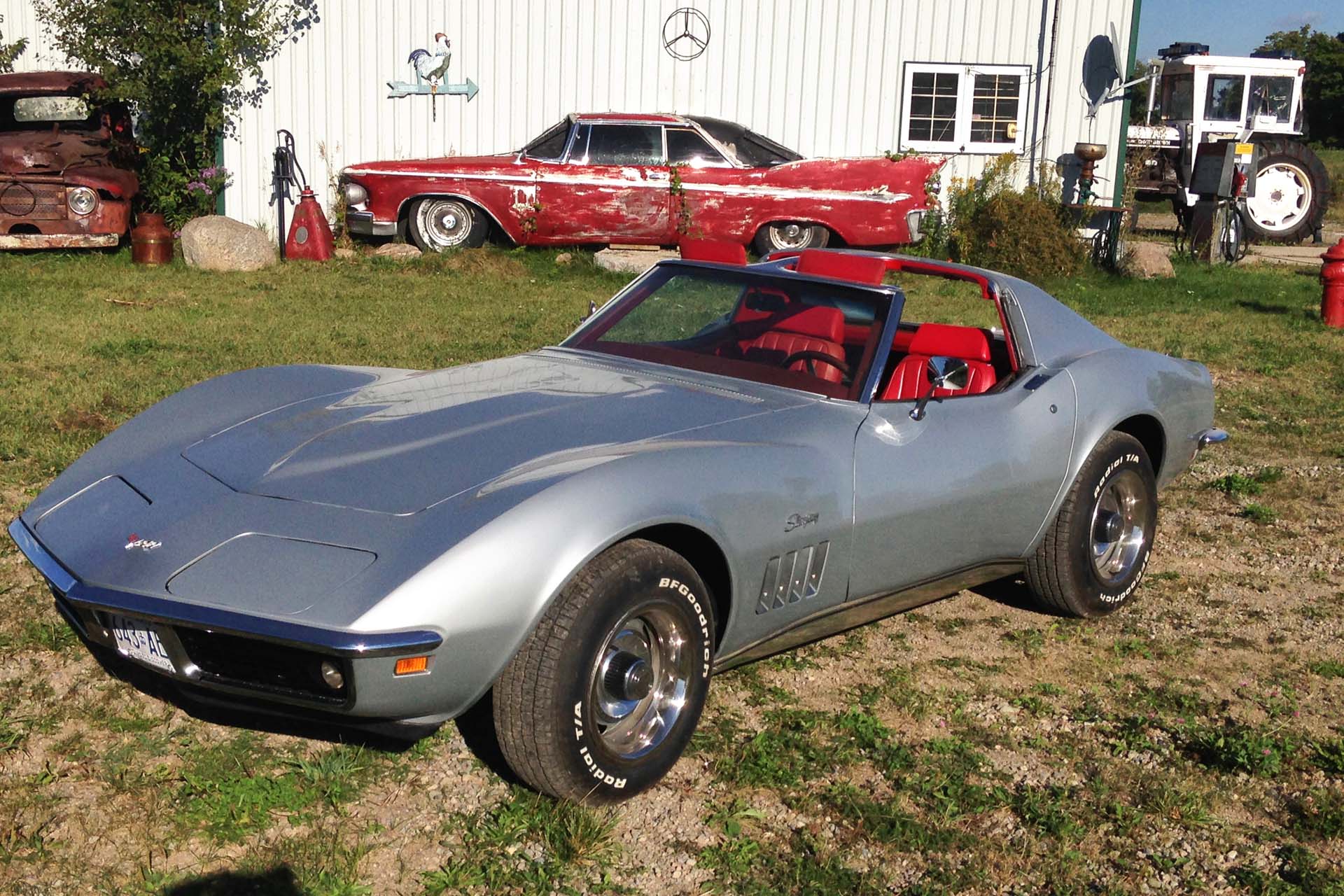 PG: “What advice do you give people who want to start collecting cars?”

CW: “Buy what you like and do your homework. If you want to get into this hobby, no matter what your budget there’s a car out there for you. You can pick up a decent ‘80s Corvette for $5,000–$7,000. A lot of these cars, if you maintain them, you can pretty much get your money back. You won’t lose much and depending on the car you may even gain. I’ve already gained significant value in the Corvette – it’s worth about $30K now.”

PG: “Is there anything you want to add to your garage?”

RA: “I’m still looking for one of the last big block Corvettes – a 1974. They weren’t particularly stylish or cool, but I like them. I remember a few years ago a friend said you gotta try a Corvette. I’d giggle and say ‘Oh, I need gold chains and more chest hair for that.’ I remember them as a youngster. Then I tried that C5 and it’s just lovely… You go back to your youth. A guy in his 50s is often driving the car he wanted when he was 16, but couldn’t afford. I remember the big block Corvettes and I remember driving the last one – brand new. For a while they were just used cars. They weren’t very good on gas. But now, I’d really like to find one and a lot of them are gone. I like to have a winter project since the shop is fully equipped and it’s fun on a blustery winter day to head into the shop. It’s got the big music, big TV, old highway signs, advertising, a Pepsi machine, and stoplights that work. It’s a typical man cave. Well, maybe not so typical.”

Notable achievements:
• 2005: OPP Officer of the Year
• Official traffic spokesman for the OPP
• Film business provided vehicles for movies such as Exit Wounds, 16 Blocks, and Angel Eyes
• Appeared as a judge in the TV series Canada’s Worst Driver
• Retired from the OPP in 2008 to launch his broadcasting career
• 2012: received the York Region Labour Award for reporting on the 2011 York Region Transit strike
• 2012: recognized for his support of the St. John’s Ambulance; the award was endorsed by the Governor General of Canada

All Articles by Petrina Gentile

My world revolves around cars! I'm an award-winning automotive journalist who covers cars for the newspaper, online, and TV.