Alfa Romeo kicked off the Los Angeles Auto Show on November 18 with what the company's North American head Reid Bigland dubbed Alfa Romeo's "triumphant return to the North American sedan market": the Giulia. Alfa Romeo only showed the high-performance Quadrifoglio version at the show, which will sell for around US$70,000, but when the car goes into production next summer the lineup will include a base model starting around US$40,000 powered by a 276-hp all-aluminum four-cylinder twin-scroll turbo engine with direct injection and MultiAir2 technology. 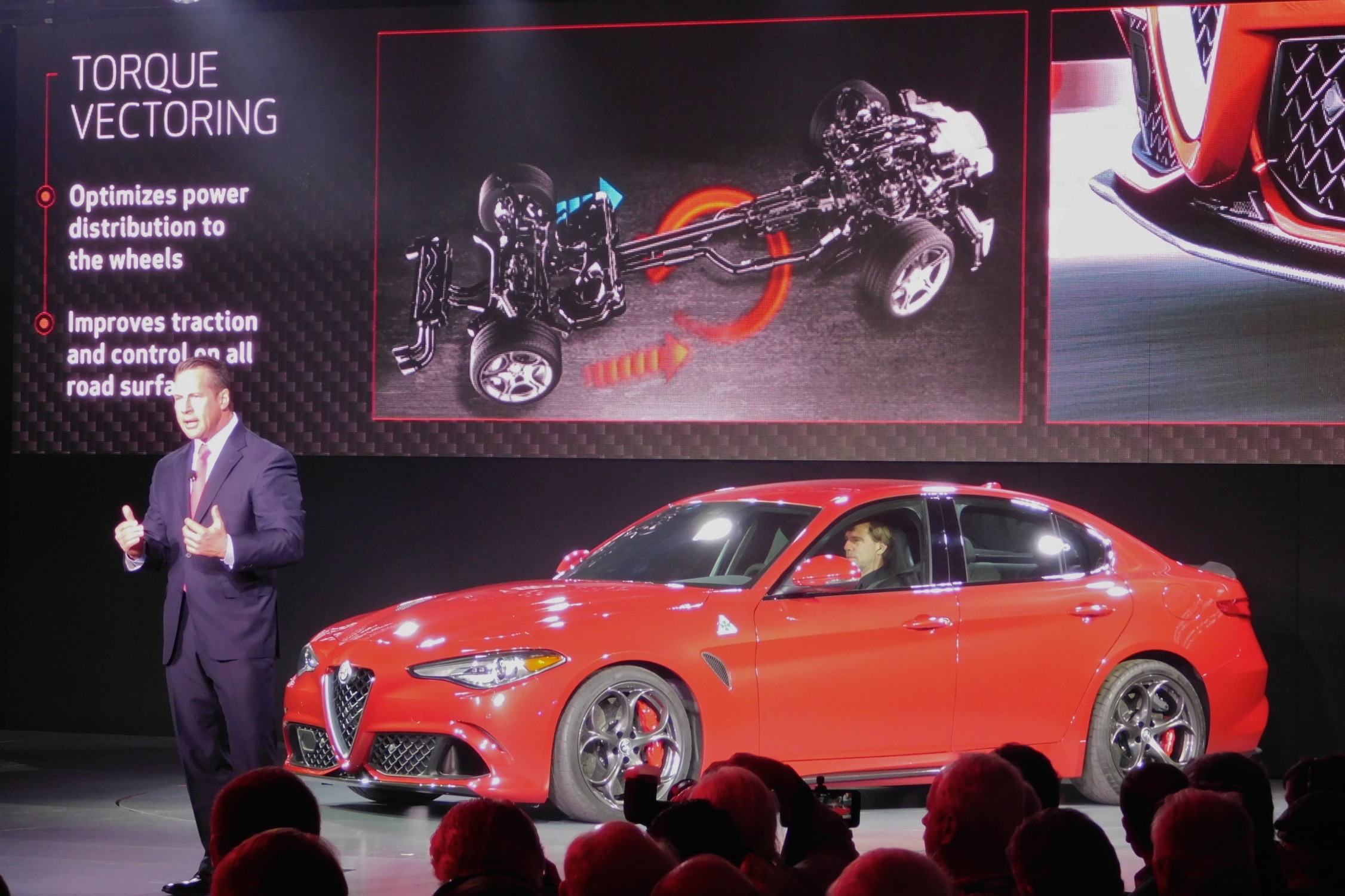 With a pair Ferrari engineers leading the Giulia's development, the Quadrifoglio edition produces 505 hp from a 2.9L biturbo V6, delivered to the rear wheels via a six-speed Getrag manual gearbox, although Bigland hinted that an automatic with paddle shifters would also be made available.

Joking that "The Germans make, but the Italians create," Bigland said that the Quadrifoglio has proven to be the fastest four-door production car ever tested on the Nurburgring, coming in a full 13 seconds ahead of its nearest rival and boasting a top speed of 305 km/h and 0-100 time around 4 seconds. And then there's the style: yes, the Giulia looks like an Alfa Romeo should. "Most of today's cars have no emotion," said Bigland. "Alfa Romeo means to change that with the Giulia."