Hot Fuzz in a Hot Mustang?

Every police force in the world likes to have some fast police cars. We've already looked at the Bugatti's of Dubai, Holden and Falcon interceptors in Australia, 911's in Germany, even Alfa Romeos in Italy. In the UK, they have been Mitsubishi Evos and Subaru WRX's for years. Now Ford is hoping that police in the UK will take a long hard look at the new Mustang. They've actually brought a prototype done up in checkerboard police livery to the Police Fleet Managers trade show in Telford England this week, and an unmarked car has been undergoing technical evaluation by police fleet managers. 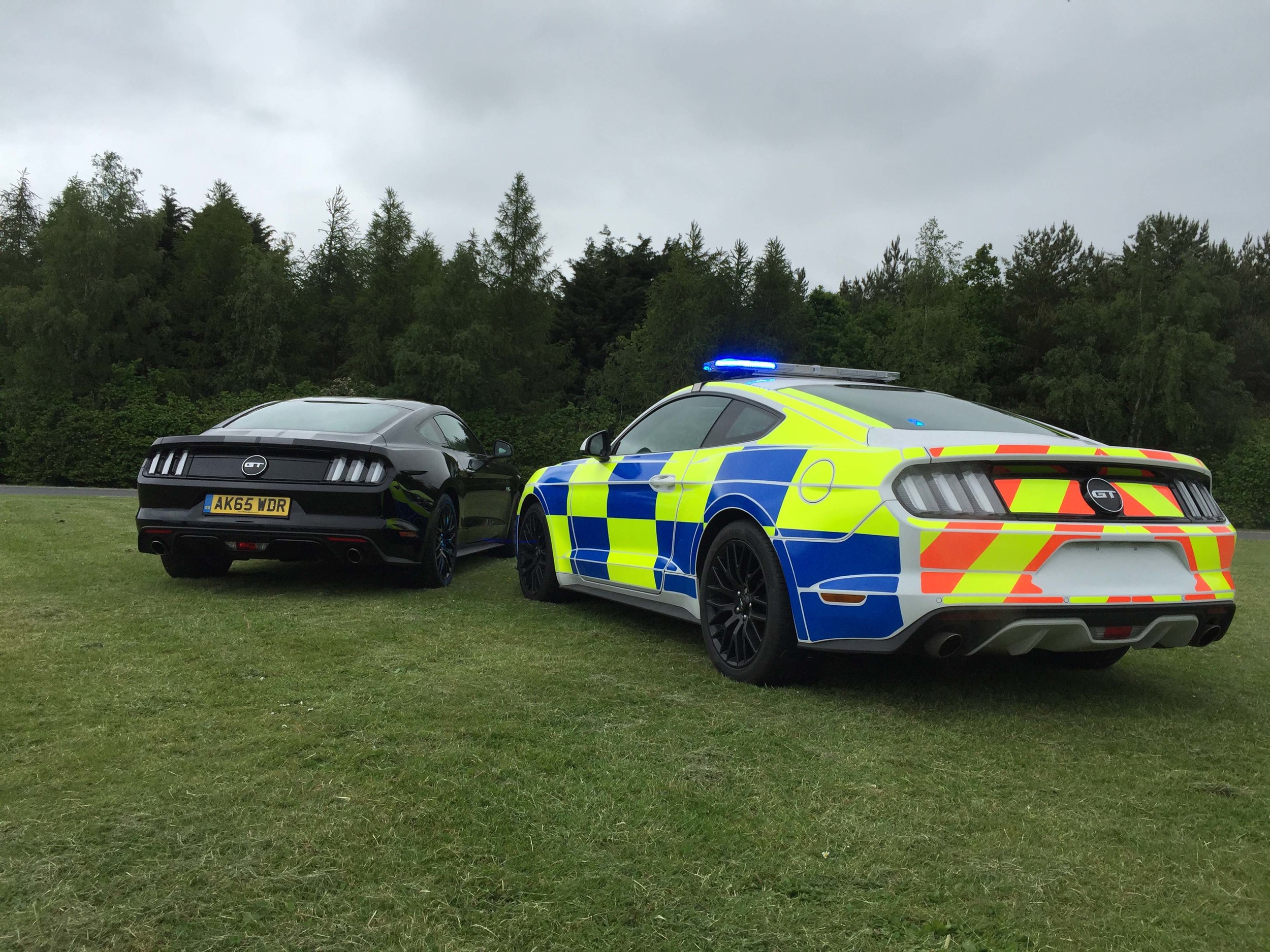 The idea of a Mustang for quick response isn't that unusual either. Police in the United States have been using Mustangs for years. Most notably, the California Highway Patrol Special Service Mustangs of the '80s. Now that Ford is selling the Mustang in right-hand drive for the UK market, it's a natural choice to at least have a look. The Focus, Kuga (Escape), and Mondeo (Fusion) are all already common in UK fleets, and there is a definite advantage to keeping a fleet all the same make. An MSRP for the Mustang of £34,995 undercuts most of the other cars that could keep pace and takes it easy on tight fleet budgets.

Unexpectedly, the Mustang that's being evaluated isn't a fuel-sipping EcoBoost, or even the V6. The Mustang in question is a full-fat 410 hp 5.0L Coyote V8–powered GT. The coupe looks mean in police livery and the idea sounds pretty good, even if "hitch up the Mustang" doesn't have quite the same ring to it as "fire up the quattro".