The much-anticipated new 2017 Fiat 124 Spider, which is slated to arrive in dealerships this summer, is both indisputably Italian and undeniably Japanese. It's based on the same platform as the 2016 Mazda MX-5 and is built for Fiat-Chrysler Automobiles in Mazda's Hiroshima factory, with engines supplied by Fiat-Chrysler. But it's far from the same car as the MX-5, and features hundreds of changes throughout to give it a distinctive look, feel, and driving experience. 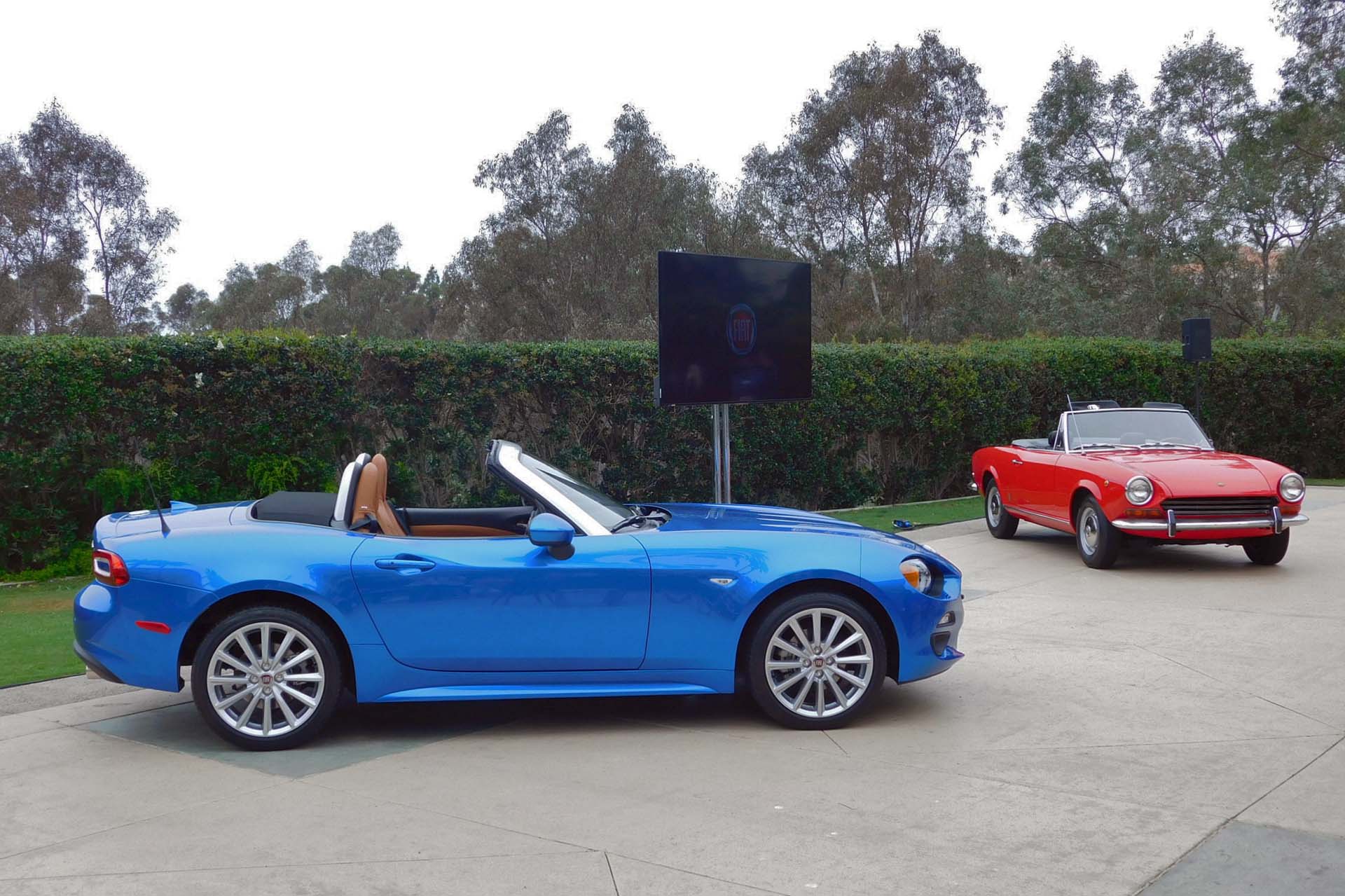 The reborn, 2017 Fiat 124 Spider was designed by Centro Stile in Turin, Italy, and recalls the original 124 of 1966 without slavishly copying it. Up front there's an expressive fascia with a trapezoidal grille, just like in the original, and it has the same distinctive character line running from the front fenders and kicking up over the door handle to emphasize the rear haunches. It doesn't share any sheetmetal at all with the MX-5, and is both a little longer (140 mm) and a fraction wider (5 mm) than Mazda's roadster, with just over half the extra length at the front to accommodate Fiat's slightly larger engine, and the remainder at the back, giving the 124 a longer deck reminiscent of the original, and a slightly larger trunk (140 L versus 130 L in the MX-5). 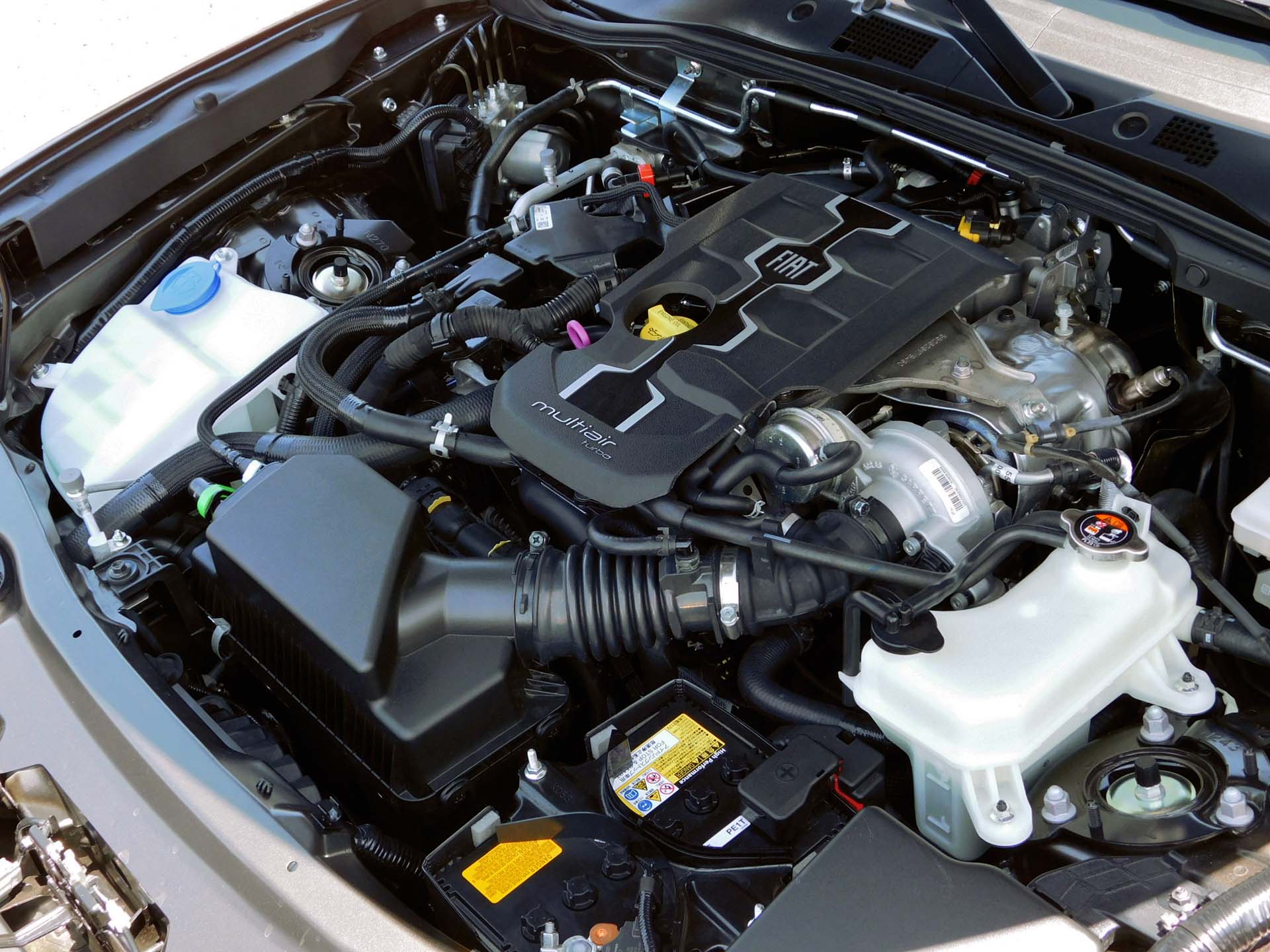 Under the hood, instead of Mazda's naturally aspirated 2.0L SkyActiv four-cylinder (an engine that's good for 155 hp and 148 lb-ft of torque) the Fiat 124 gets the same turbocharged 1.4L Multiair four-cylinder engine as used in the Fiat 500 Abarth. In the 124 Spider Classico and Lusso trims the engine is tuned to crank out 160 hp and 184 lb-ft of torque (in the 500 Abarth it nets 160 hp and 170 lb-ft of torque), while in the 124 Spider Abarth it's pushed even further to add an extra four horsepower, for a total of 164 hp.

Even in regular trim it's a real cracker of an engine – quintessentially Italian with an eager, free-revving character, lots of torque down low, and a nice exhaust note (it's more subdued than the 500 Abarth's snap-crackle-pop exhaust note, but still nice). The 124's extra power means acceleration is about the same as the MX-5 (about six seconds to 100 km/h) despite the Fiat's 53 kg of additional weight compared to the 1,058 kg MX-5. Fuel economy is roughly the same too, at up to 6.5 L/100km on the highway. 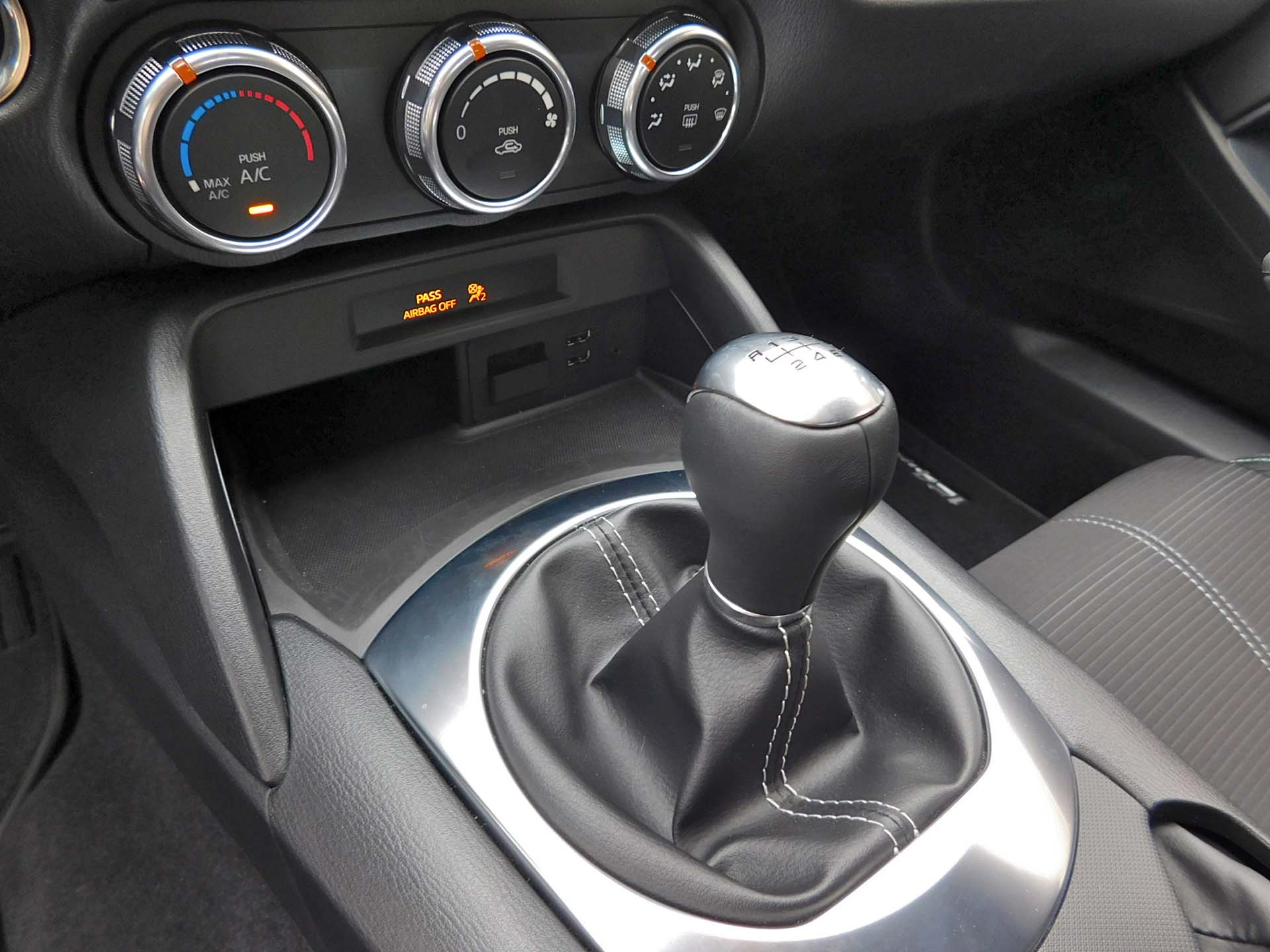 The 124 Spider's engine can be hooked up to either a Mazda-sourced six-speed manual transmission (not the same as the MX-5's apparently, but one more suited to the higher torque produced by the turbocharged motor) or a Fiat/Chrysler-sourced six-speed automatic, as used in the Fiat 500L. The manual transmission shifts quickly and easily, has a light clutch and is a proper joy to operate. The automatic likes to upshift for economy, so unless you get the Abarth with its Sport mode button you'll frequently be tempted into using the console-mounted shifter to gear down and keep the fun on tap. 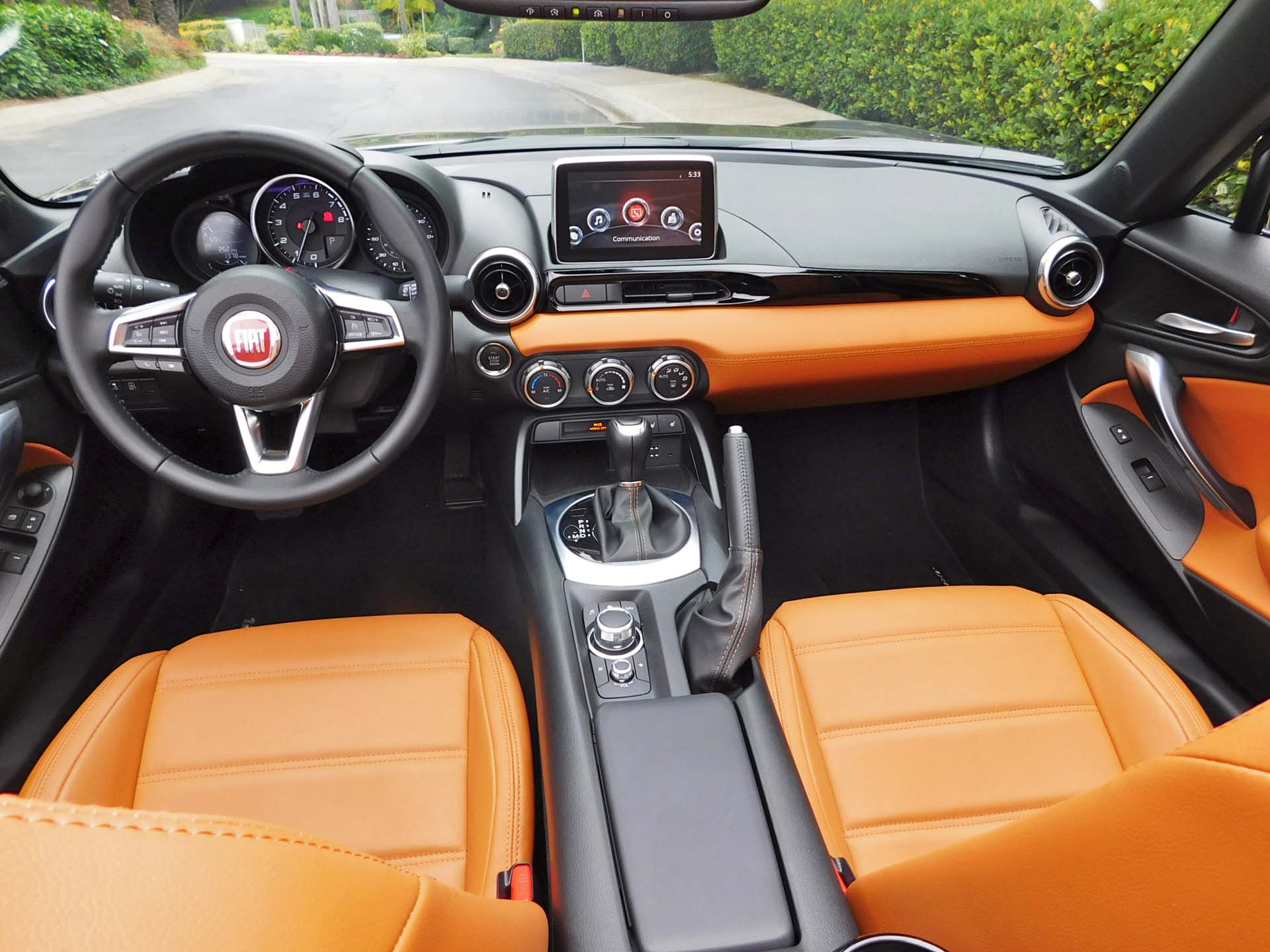 The 124 Spider may be completely different from the MX-5 on the outside and under the hood, but inside it's entirely familiar inside to anyone who's sat in Mazda's latest-generation roadster. It's not merely got the same basic two-seat layout, it's also got the same big, clear and easy-to-read gauges (except the Abarth, which gets a red-faced tachometer), the same awkwardly placed but moveable cupholders, the same lockable cubby between the seats instead of a glovebox, the same easy-to-operate soft top, the same Mazda-sourced infotainment system, and the same fits-like-a-glove seating.

Differences include a reconfigured seat structure, increased use of soft-touch materials, and increased insulation (including an acoustic glass windshield) for a quieter ride. The suspension is also tuned to be more supple (no, not softer, just more supple). Headroom is unlimited with the top down, but drivers over about 6'1" will definitely want to check for fit with the top up. 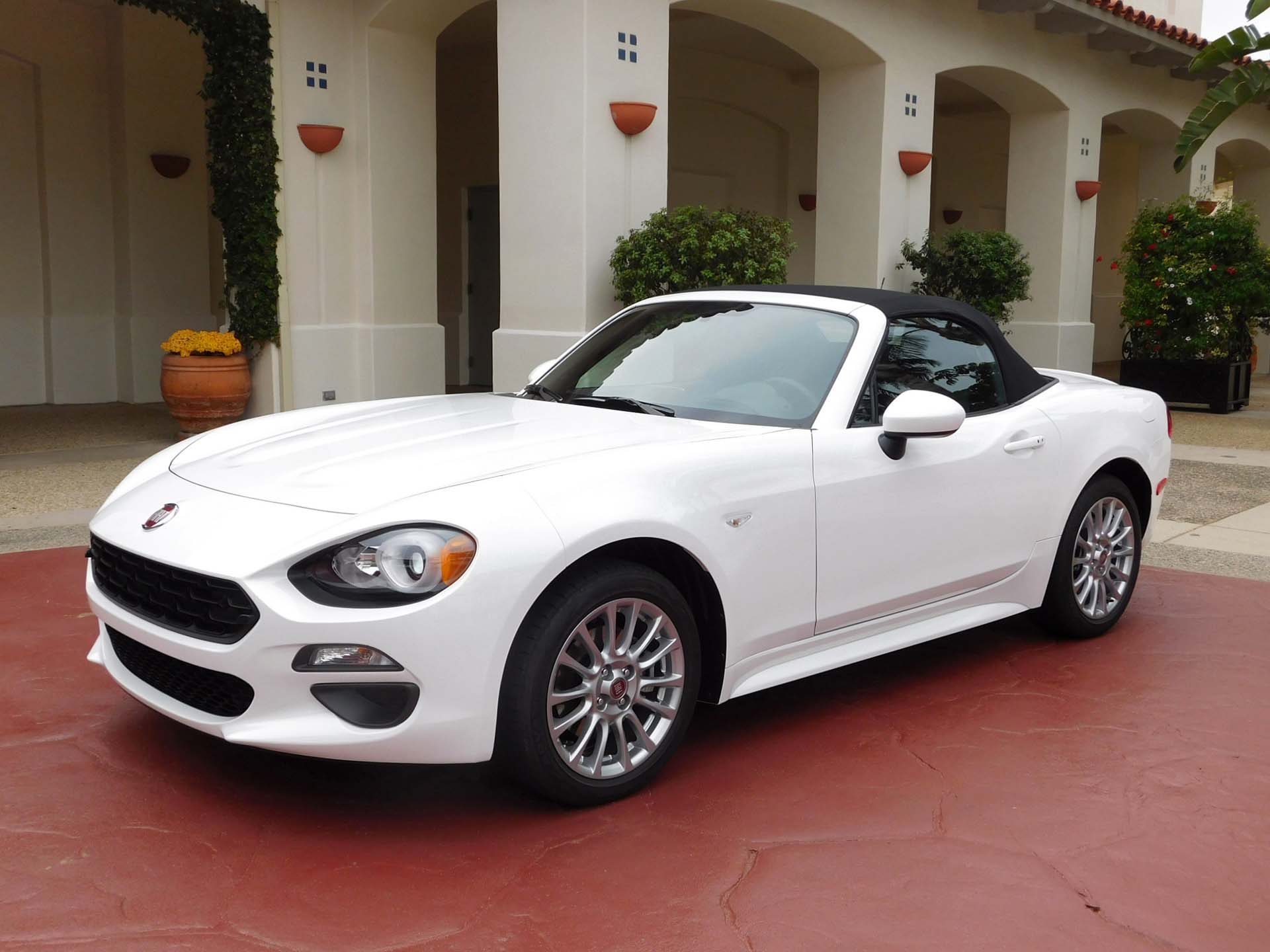 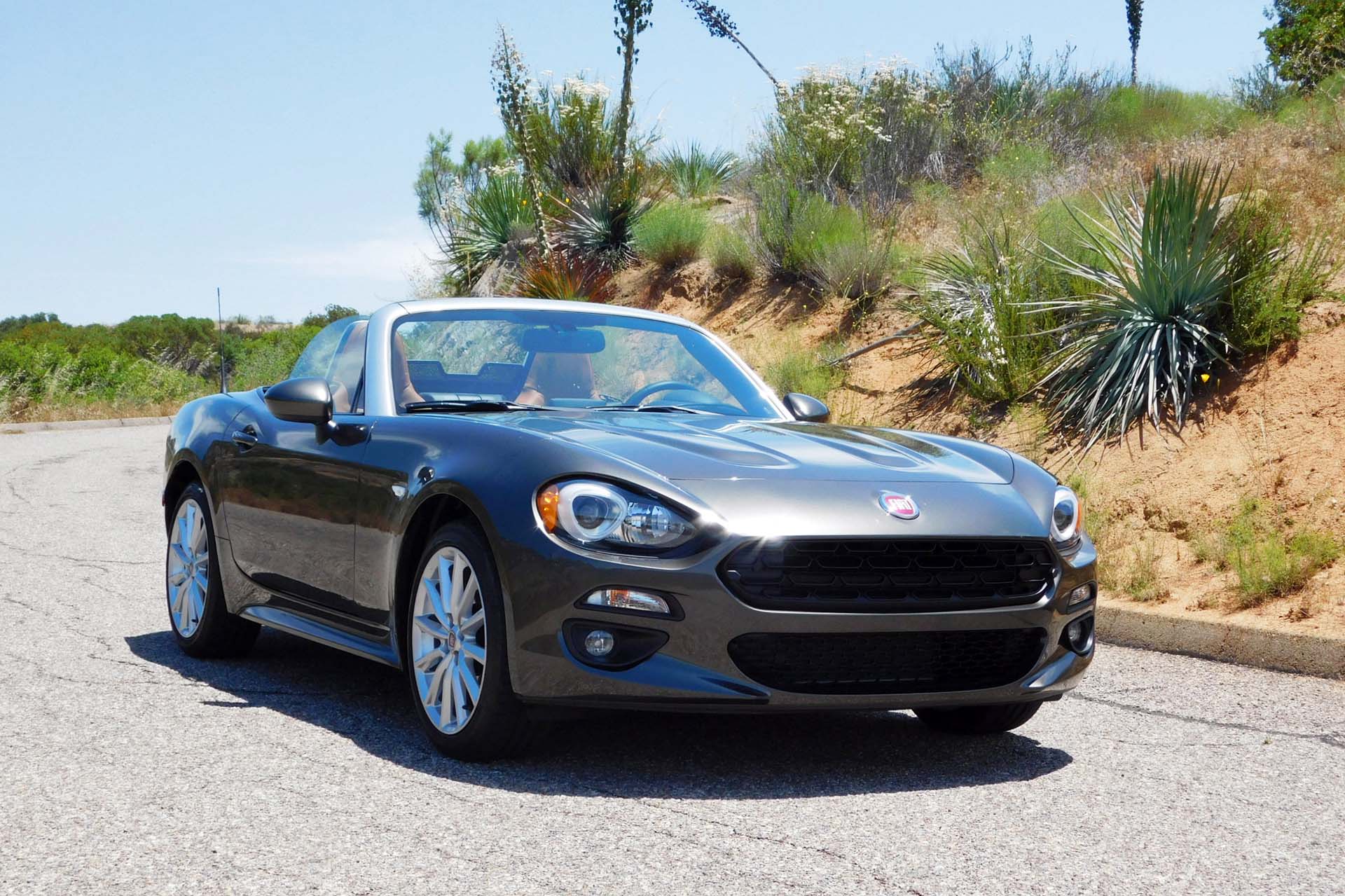 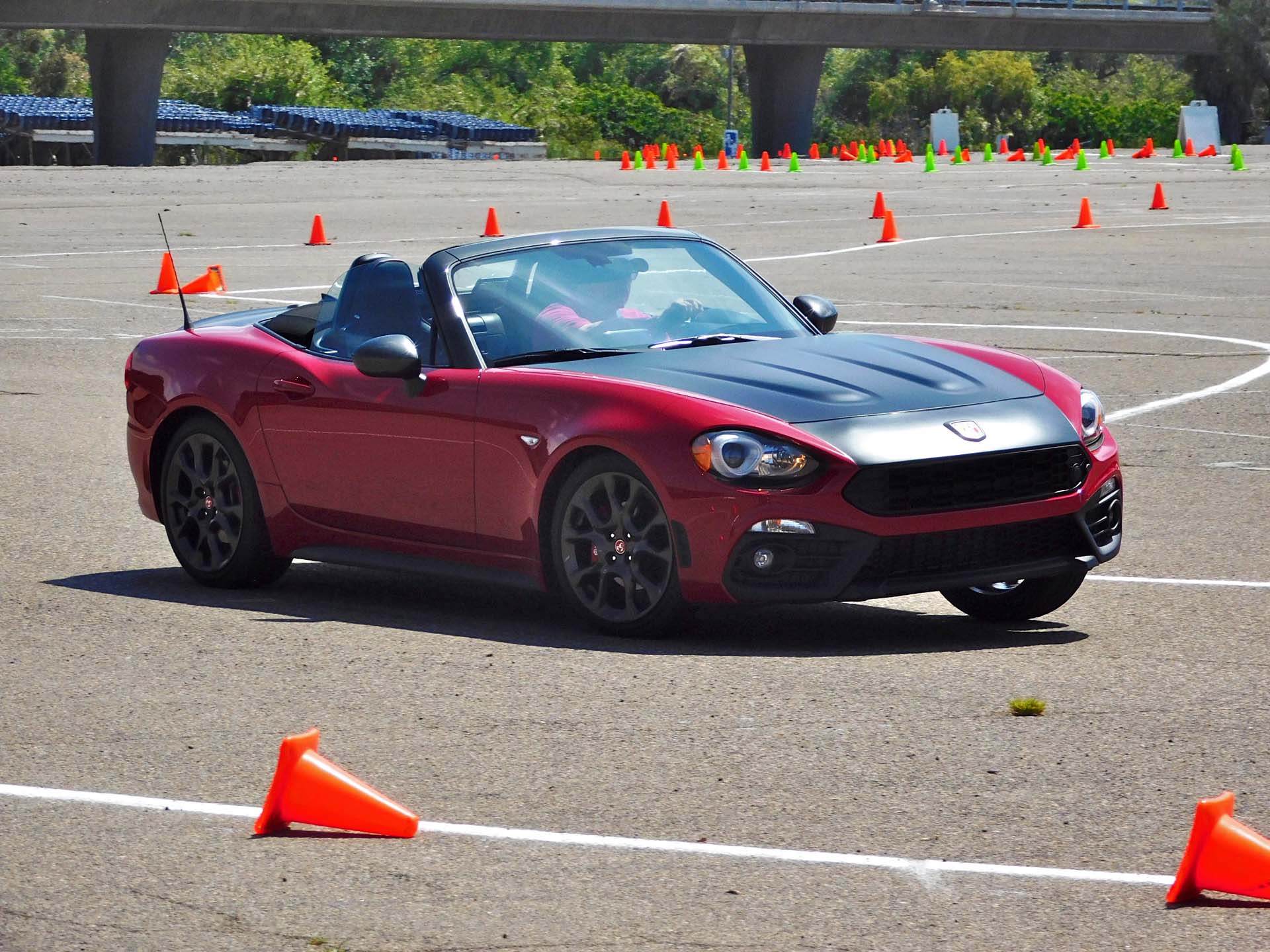 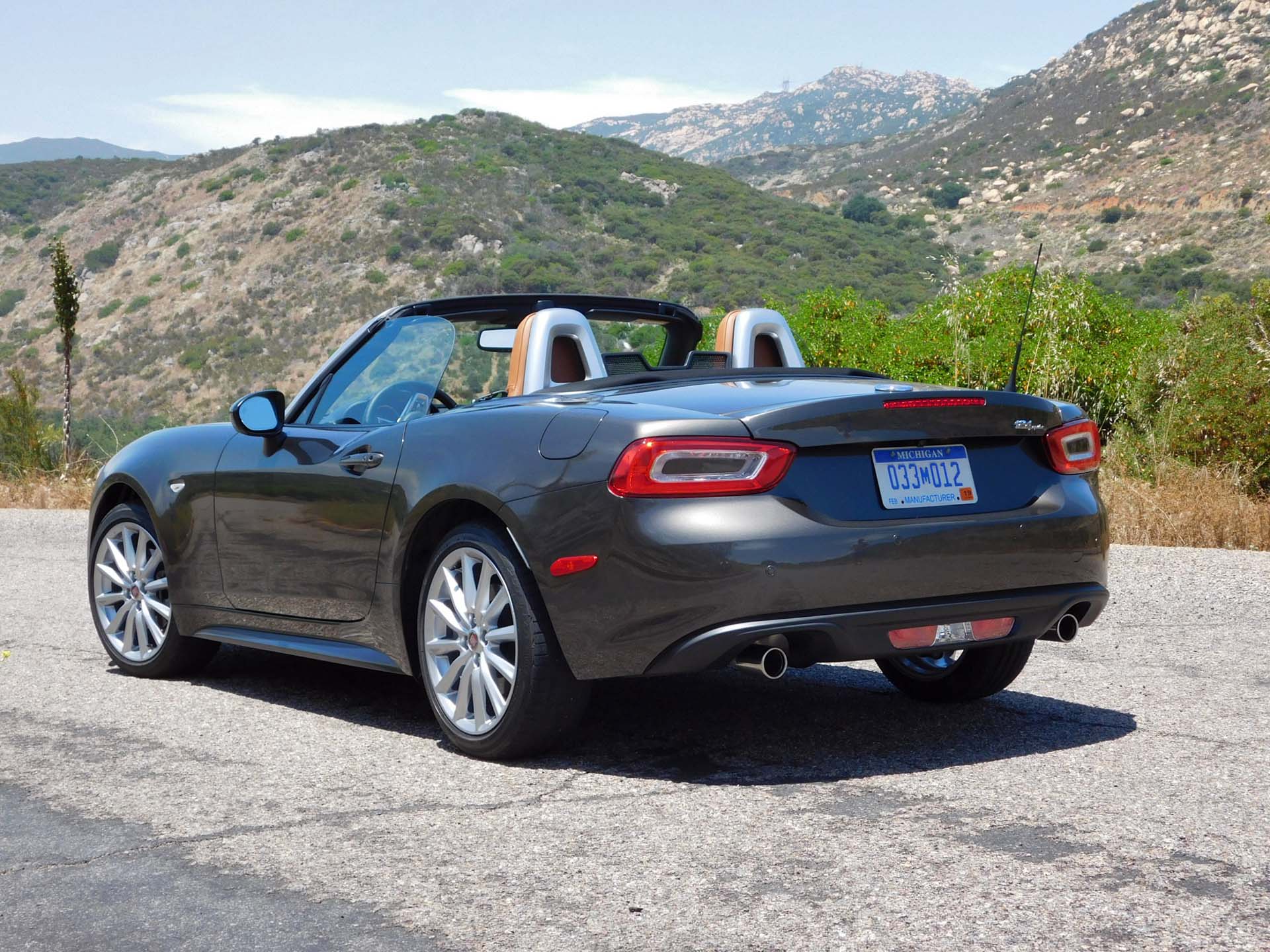 The original Fiat 124 debuted in 1966, so the launch of the 2017 Fiat 124 Spider in the summer of 2016 coincides with the original's 50th anniversary. To commemorate the two milestones, Fiat will offer a limited edition Prima Edizione version for $42,190, finished in Bronzo Magnetico paint and Saddle Brown leather upholstery, and loaded with all the bells and whistles including automatic transmission, Bose premium audio system, XM radio, satellite navigation, headlamp washers and much more. Whichever way you order it up – Classico, Lusso, Abarth or Prima Edizione – the Fiat 124 Spider delivers genuine Italian soul in an affordable two-seat roadster package. Ciao bella!