Police in Vancouver arrested an unlicensed 16-year-old hit-and-run driver yesterday with the help of a video showing the driver desperately trying to park a damaged Porsche Cayenne in a downtown garage.

We stumbled on the video and got a giggle out of it, thinking initially we were watching just another hapless driver with more money than brains try -- and fail -- to make what looks like a bit of a tight turn into a garage. But our first clue something was amiss came six seconds in, and our suspicions were more or less confirmed at 1:27, when the camera person gives us a better angle of the car's damaged right-front corner.

The cops said they received the video a few days after the June 16 crash on West 36th Avenue in a residential neighbourhood near the VanDusen Botanical Garden, where a witness had seen a white Cayenne strike a parked car before driving away.

We suspect the events captured on film couldn't have happened too far from there, as the car would have been very difficult to drive, if the driver's struggle to get it into the garage is any indication. 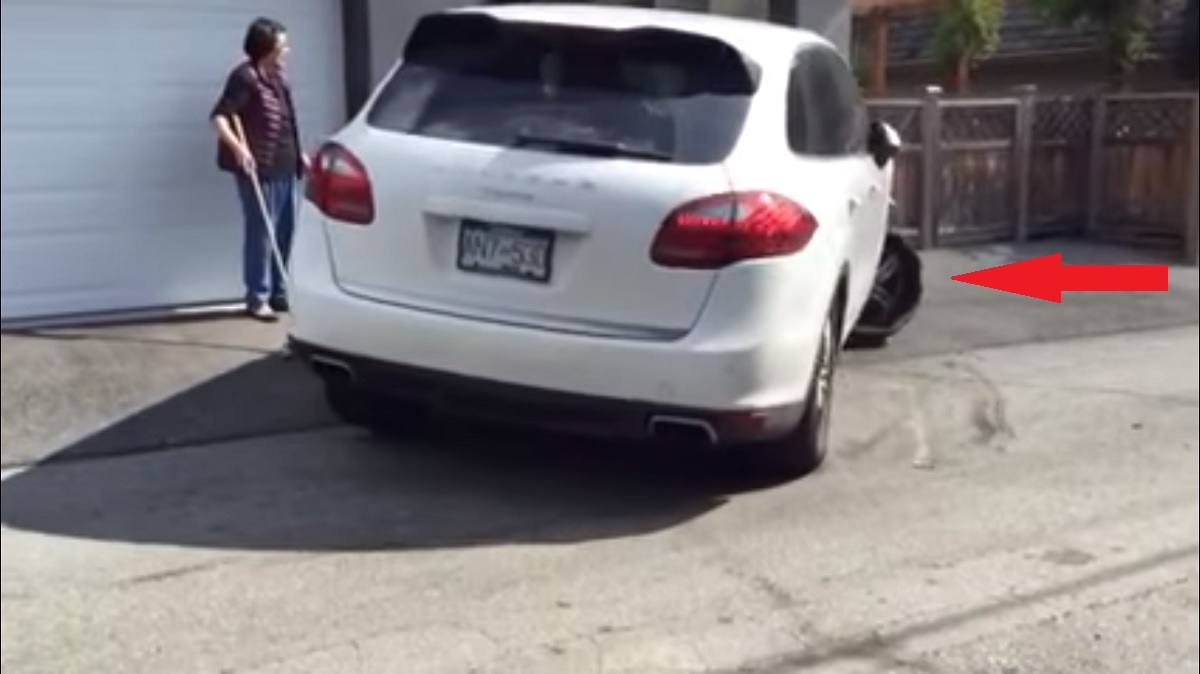 According to a police officer quoted in the Vancouver Sun newspaper, the driver would likely have received a $276 ticket for driving without a licence, but has now had the book thrown at him.

It is also highly unlikely mom and dad are going to let him borrow the car any time soon, even if (and when) he gets his driver's licence.