Harm reduction. That’s the catchphrase behind the federal Liberal Party’s announcement earlier this year that the government will soon be introducing legislation to legalize marijuana. “We will introduce legislation in spring 2017 that ensures we keep marijuana out of the hands of children and profits out of the hands of criminals,” said Health Minister Jane Philpott when she made the announcement during a special session of the United Nations General Assembly in New York in April. “We are convinced it is the best way to protect our youth while enhancing public safety.”

There can be little doubt that the move reflects general public sentiment: A poll from the Angus Reid Institute released at the same time indicates that 68 percent of Canadians feel pot should be made legal. For most Canadians, it simply doesn’t make sense to potentially criminalize otherwise upstanding teens and youth – and yes, even Gen-Xers, boomers and seniors – for indulging in something that’s become so much a part of modern culture.

As with alcohol, however, while legalizing marijuana may reduce harm on an overall basis, it can sharply increase risks to public safety if users get behind the wheel. Canadian safety advocates and law enforcement authorities are looking to U.S. jurisdictions where marijuana was legalized to see how legalization might affect driving safety in Canada, and the findings are a bit of a buzz-kill.

As a recent CAA-sponsored report from Canada’s Traffic Injury Research Foundation notes, “It is imperative that complementary road safety strategies to prevent and reduce cannabis-impaired driving are considered and developed in concert with this legislation.”

Stoned Behind the Wheel 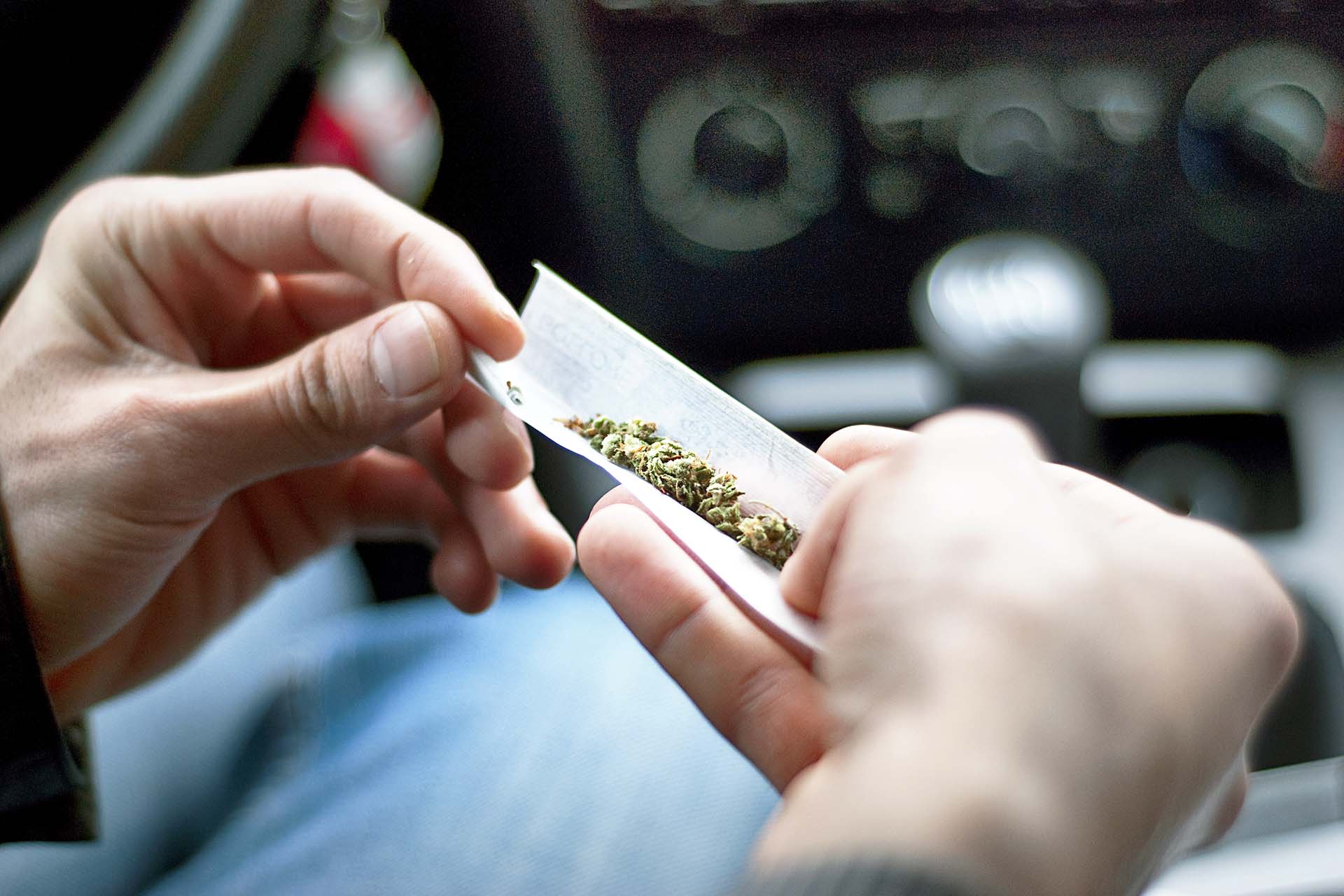 Popular sentiment, especially amongst marijuana users, holds that stoned drivers are less of a risk behind the wheel than drunk drivers, and there may even be some truth to it: A 2010 summary report in the American Journal on Addictions concluded that “effects of cannabis use … are more pronounced with highly automatic driving functions than with more complex tasks that require conscious control, whereas with alcohol produces an opposite pattern of impairment. Because of both this and an increased awareness that they are impaired, marijuana smokers tend to compensate effectively while driving by utilizing a variety of behavioural strategies.” (Sewell, R.A., J. Poling and M. Sofuoglu. “The Effect of Cannabis Compared with Alcohol on Driving.”)

In practice, the report found, drunk drivers tend to think they’re just fine to drive and, combined with lowered inhibitions, this tends to lead them to take risks behind the wheel by speeding, following too close and passing recklessly. In contrast, drivers stoned on marijuana tend to believe they’re more impaired than they actually are, and compensate by slowing down, leaving more following distance, and avoiding passing.

But make no mistake: A stoned driver may be marginally safer than a drunk driver, but they’re still seriously impaired, and still at a much greater risk of getting into an accident. The same report noted that impairment with THC (the active ingredient in marijuana) increases reaction times, makes it difficult to divide attention between tasks, and degrades motor coordination, tracking ability, visual functions and other psychomotor skills associated with driving.

Worse still, the report found that when marijuana and alcohol are consumed at the same time, the impairment effects of each were multiplied, so that even at relatively insignificant blood alcohol and THC levels, drivers showed serious degradation of driving performance and inhibition, and they didn’t attempt to compensate for their lost skills like purely stoned drivers did. 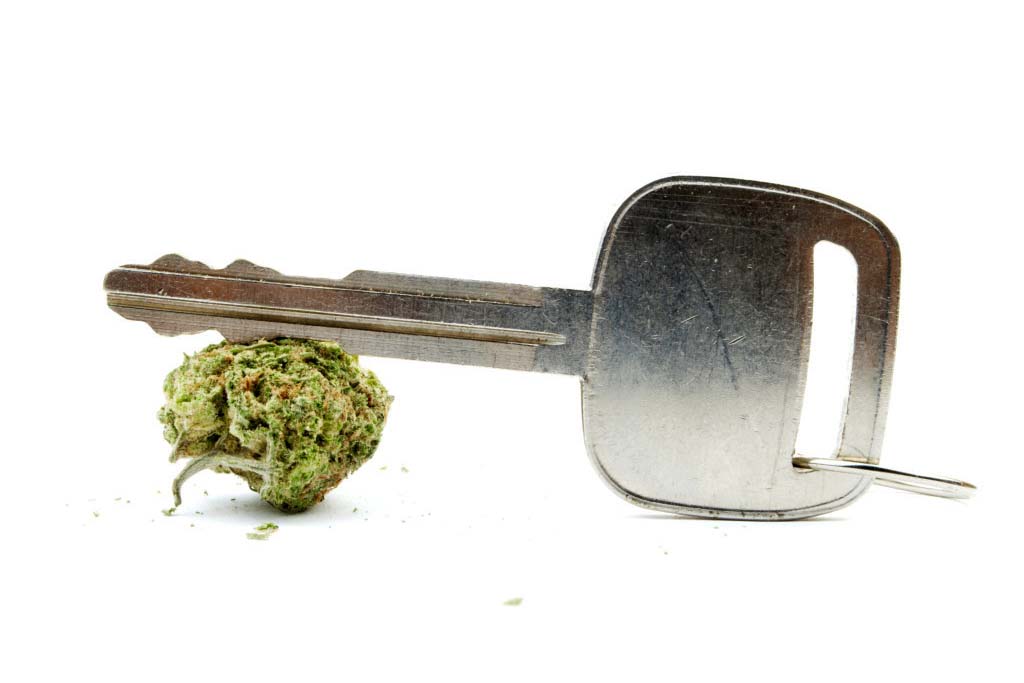 To gain insight into what legalization of marijuana might mean for road safety, BC’s Council on Health Promotion (a section of Doctors of BC) looked at accident statistics from Washington State and Colorado, two nearby US states that recently legalized marijuana. “In Washington State, fatal crashes among drivers who tested positive for marijuana doubled from eight percent in 2013 to 17 percent in 2014. In Colorado, the number of drivers in fatal crashes who tested positive for marijuana without other drugs in their system tripled between 2005 and 2014 from 3.4 percent to 12.1 percent,” noted Nanaimo emergency physician Dr. Chris Rumball in a British Columbia Medical Journal opinion piece.

A Canadian study by Dalhousie University professor Mark Asbridge and colleagues mirrored these statistics, finding that recent cannabis use almost doubles the risk of having a collision resulting in serious injury or death.

For Canadian law enforcement authorities, the legalization of marijuana presents some real challenges: partly because there aren’t currently any approved devices to quickly and accurately measure THC levels in the blood; and partly because even if a test device was available, there’s a lack of scientific consistency tying impairment to levels of marijuana metabolites in the blood (THC is fat soluble, so it’s hard to link a person’s current state of impairment to a specific blood level).

What all that means is that even if easy roadside tests become available (and that might be coming soon, with UBC Okanagan engineering professor Mina Hoorfar recently announcing the development of an inexpensive handheld microfluidic breath analyzer), it will take the law some time to catch up and establish valid limits. “It’s a bit of a sit-and-wait situation,” remarked Vancouver Police Department Constable Brian Montague. In Washington State, police can use a roadside saliva swab test or can order a blood test to indicate if a driver has recently used marijuana, and the legal limit has been set at five nanograms per millilitre of THC, but any amount of marijuana in the blood can be used “as evidence that a person was under the influence of marijuana.” 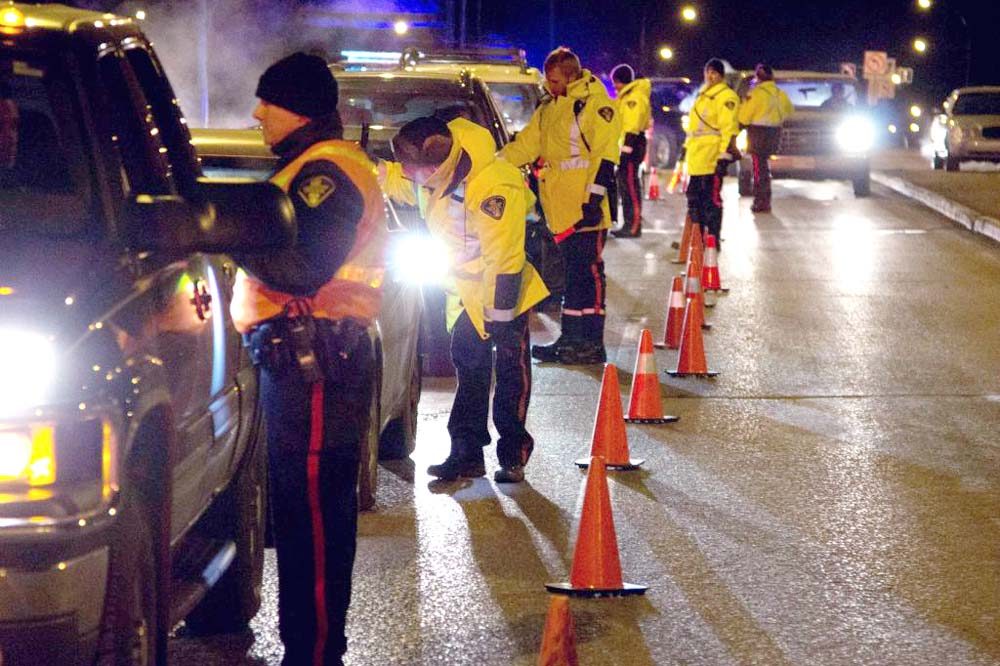 For Canadian police, the first line of defence, for now at least, will remain the roadside SFST (Standard Field Sobriety Test) – a test that only trained officers can administer, and that often doesn’t hold up in court. “We can’t simply buy a THC detector and start using it,” explained Cst. Montague, “it needs to be approved for use in the legislation.”

To be effective in catching drugged drivers, police forces will likely require greater numbers of SFST-trained officers, and Canadian police forces have started moving in this direction. In Vancouver, many of the police department’s traffic and patrol officers are SFTS-trained, while in Ontario the Waterloo Regional Police Service and Ottawa Police Service have gone a step further, making SFST training a standard part of academy training for all officers. A Standard Field Sobriety Test may not be as easy to administer as an alcohol breathalyzer test, but it has the advantage of being a universal test, able to recognize impairment regardless of cause. As OPP Constable Jason Folz notes, “any amount of illicit or legal drugs that impairs your ability to drive is already contrary to the criminal code of Canada.”

Ultimately that’s the whole point, and it’s a point that law enforcement and traffic safety advocates may find easier to communicate once marijuana is legal. “Under a system where cannabis is illegal, it’s really hard to get information about its potential harms,” says researcher Daniel Werb with the Toronto-based International Centre for Science in Drug Policy. Evidence indicates that Canadians will smoke marijuana whether it’s legal or not, explains Werb, and to reduce the number of stoned drivers, authorities would do best to take the same nuanced approach used to combat drunk driving. “You can see on TV that there are ads around drinking saying, ‘Don’t drink and drive.’ There aren’t ads that say ‘Drinking is evil; you shouldn’t do it.’”