Chevrolet has turned the Camaro ZL1 up to 1.1. That's a neck-straining 1.10g on the skidpad with the addition of the 1LE package to the already potent 2017 Camaro ZL1. The package includes a massive rear wing, trick adjustable suspension, wider wheels, and trims 27kg off the curb weight.

The 1LE package is the track-ready upgrade that's available for SS and V6 coupes. It adds a special suspension, bigger brakes, and better tires. But the package that Chevy is adding to the ZL1 is a little more extreme.

That's because the ZL1 is already a 650 hp supercharged 6.2L V8-powered monster. When you already have 20-inch wheels with 305mm rear tires, six-piston Brembo brakes, and magnetic ride, it takes a little more to up the stakes.

So the ZL1's 1LE package starts with aero. There's more than just the massive carbon rear wing. There are also dive planes and deflectors on the front fascia to make more downforce. The suspension has Dynamic Suspension Spool Valve dampers. 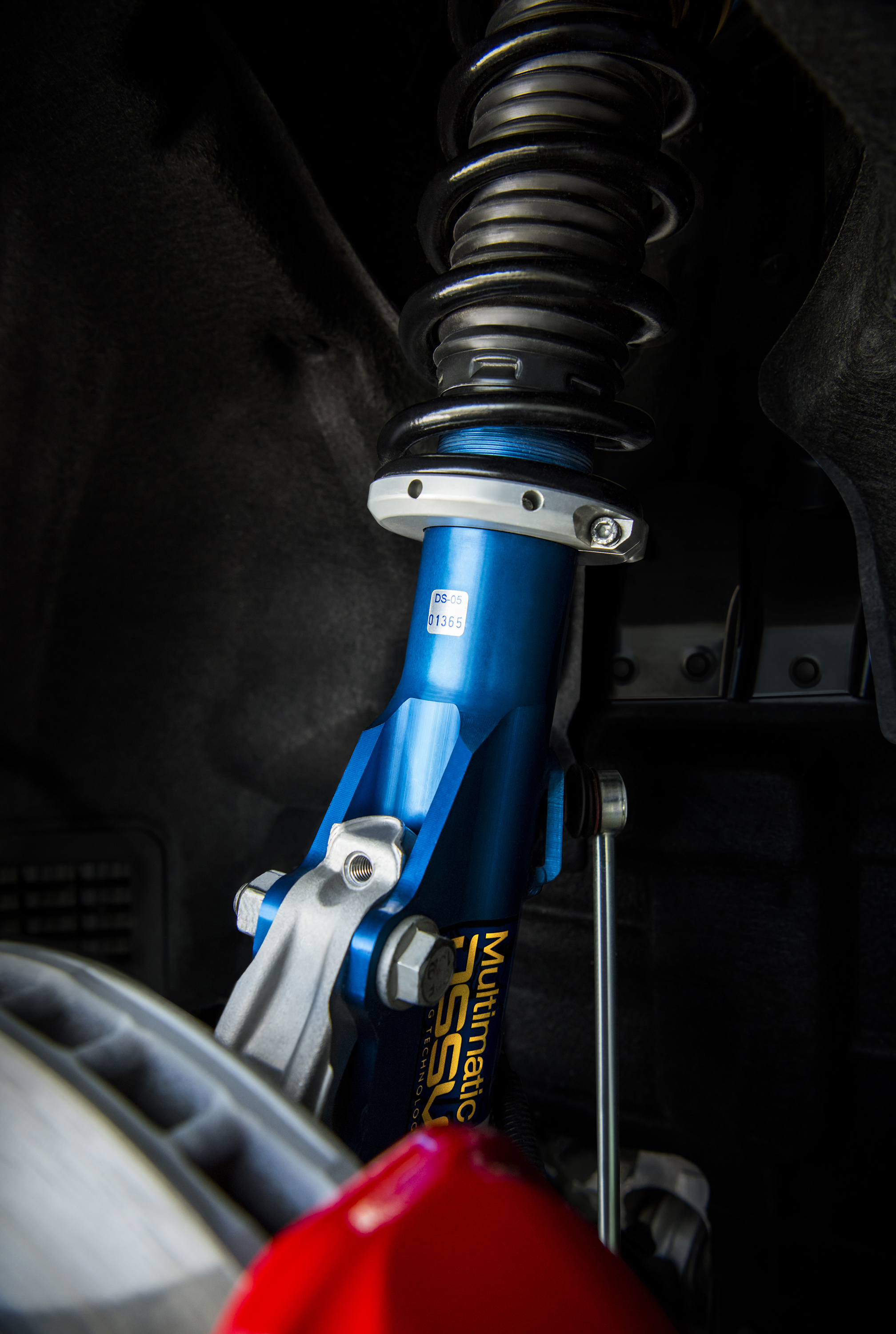 Designed by Multimatic, the Canadian company that is building the Ford GT, the shocks were originally designed for Indy Car teams. The design has won Formula 1 titles with Red Bull Racing, and are used throughout the racing world. They allow better tuning and more control to allow for a better ride and better performance. Chevrolet has already used the design for the off-road-ready dampers in the Colorado ZR2.

The suspension has adjustable spring perches to raise or lower front ride height and adjustable camber plates. That lets drivers set an aggressive alignment for the track, then back it off to drive home. Even the rear sway bar is adjustable.

The wheels are forged aluminium pieces for lower weight and are 25mm wider than the ZL1's. They're also 19-inch diameter instead of 20-inch. That makes for a bigger contact patch with the same 285 width front and 305 rear tire. It's also 3.3 kg lighter per corner than those of the ZL1. The tires are new Goodyear Eagle F1 Supercar 3R rubber that helps deliver the massive 1.10g of lateral grip.

Finishing up the weight loss, there is thinner rear glass and a different rear seat. The total loss is 27 kg compared with the ZL1. The only transmission will be a six-speed manual with rev matching. GM says that the changes took three seconds off the lap times at their 4.7 km test track.

The ZL1 still gets GM's Teen Driver feature, in case you trust the kids with 650 hp but still want to keep tabs on them. There's Bose premium audio, ventilated seats, and dual-zone climate control too because driving home from the track is the longest, hottest part of the day.

Look for the ZL1 1LE to go on sale later this year.