Porsche has just revealed the car that the Panamera should have been all along: the Sport Turismo. That's right, there's a Panamera wagon arriving soon. It gets a better roofline, up to 1,390L of cargo space, seating for five (a Panamera first), and up to 550 hp.

The E-Hybrid gets slightly less luggage space than the rest, with 1,294L. Porsche says that the 40:20:40 split folding rear seats of all models will fold flat to give a load floor that is "practically level." Surprisingly, Porsche says that the cargo space is only 50L more than the sedan, even with the seats folded. It's probably not relevant anyway. Nobody's going to be using this to haul their old couch to the dump, but if the dogs are in the back they'll appreciate the extra visibility from those windows. Plus there's the new and much better-looking roofline. 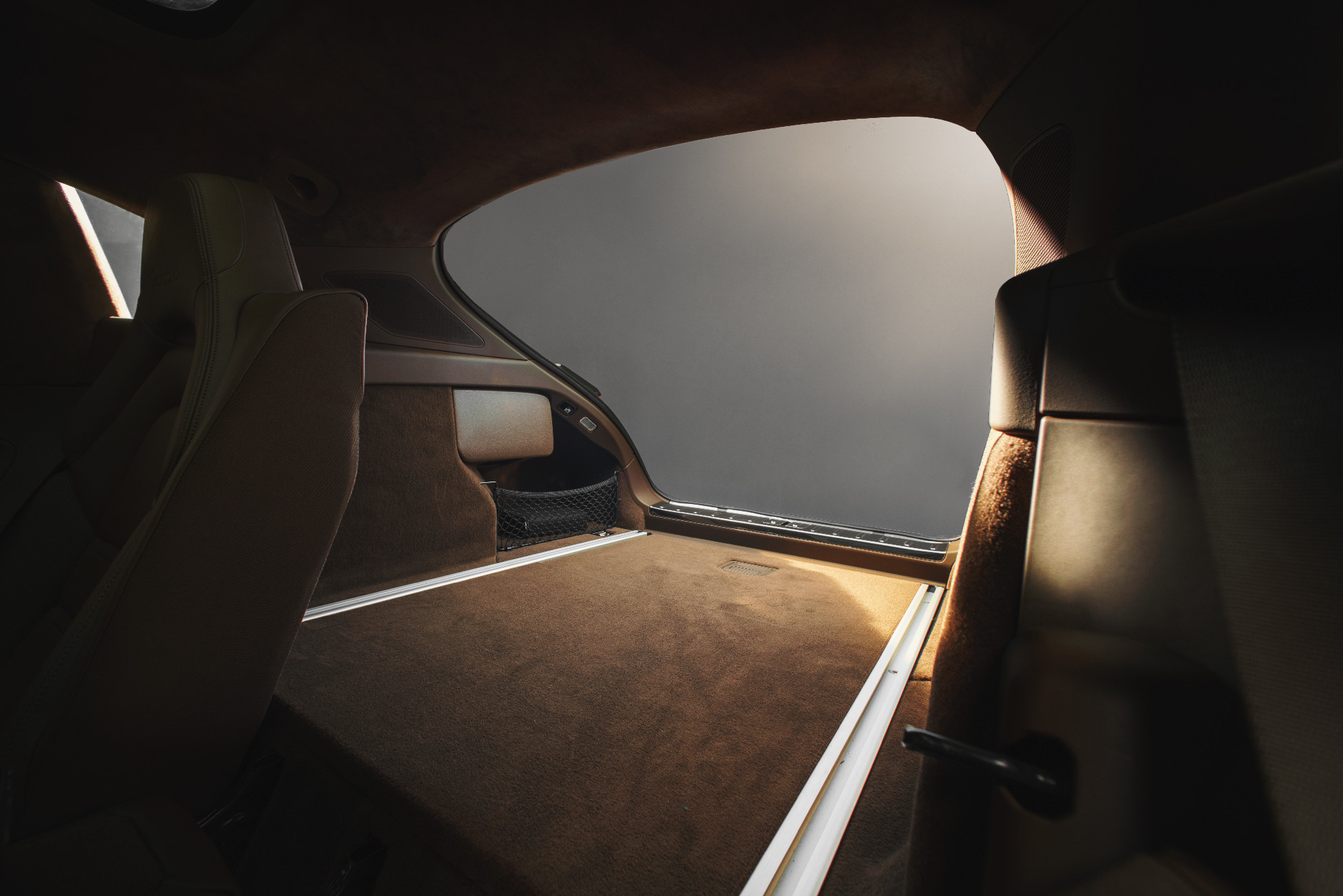 On the top of that roof is a new active spoiler. It can adjust to three different angles depending on the situation and vehicle settings, making up to 44kg of downforce. It will even crank up to a steep 26 degree angle when the panoramic roof is open, a step Porsche says reduces wind noise. In normal driving it is set at -7 degrees to improve fuel efficiency.

This is the first Panamera with rear seating for three. Even Porsche says that this extra spot is more +1 seating. It's for occasional use, not somewhere you would want to spend the day. If you don't like it, the regular four-seat configuration is available. The new roofline makes it easier to get in and out of that back row. Once you're in, there's more headroom too.