Hyundai has a newer and smaller SUV on the way, and they've given us a teaser photo and a name. The newest Hyundai will be the Kona, named for the Kona district on the Big Island of Hawaii.

Hyundai's other SUVs, the Tucson and Santa Fe are named for what Hyundai calls "acclaimed travel destinations." We're not sure if that applies to those cities in the southwestern US, but it definitely applies to Kona. Hyundai says that they chose the name because the Hawaiian destination "reflects the adventurous spirit" of the SUV.

Hyundai says that the Kona is going to deliver "enhancing driving dynamics," and that it will "set new performance standards for the segment." In a subcompact CUV class that already includes the 2017 Mazda CX-3, that's a high bar to set. They also claim that interior space will be best-in-class, so it'll be a compact SUV that doesn't feel it. 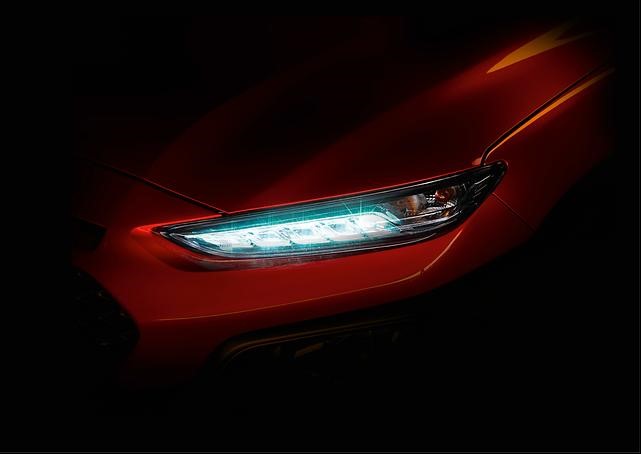 The thin headlights are a new look for Hyundai's SUV lineup, and Hyundai suggests that its other SUVs will follow this new look. Spy photos show a tail that has the angular taillights that can be seen on most of the brand's current lineup, but the side shows bulging fenders with large fender flares and plastic cladding.