MONTREAL, QC – Fresh off his win in Monaco, Formula 1 driver Sebastian Vettel arrived here this week on his quest for a fifth world title. He’s already won three out of six Grand Prix so far – including the first Monaco win for Ferrari in 16 years.

If he is victorious this Sunday, it won’t be the first time. Vettel, who was the youngest-ever F1 champion in 2010, won the Canadian Grand Prix in 2013, and came close in 2011, in the longest Formula 1 race in history.

The affable Vettel is coy about his chances at the 2017 F1 title, despite posting the fastest lap times during pre-season testing, and rival Mercedes driver and five-time Canadian GP winner Lewis Hamilton claiming that Ferrari “must be the favourite.” Naturally, since he was here at the press conference on behalf of Shell, the Ferrari team’s main sponsor for 70 years, he praised the partnership for their success so far, but said there was a lot of work ahead. Arriving with very little fanfare, via his Ferrari-made Colnago bicycle instead of the back of a limo, Vettel displayed flashes of his characteristic humour despite toeing the party-line during the Shell-sponsored event.

Asked by the event’s host, Kate Beirness, whether the fuel that went into his Ferarri at the track was the same as what went into her Ferrari at the station, he replied, “First of all, congratulations, I didn’t know you had a Ferrari.” And remarking on the long relationship between the fuel company and Ferrari, Beirness said, “That is really cool, you must really trust Shell at this point.” To which the 29 year-old Vettel replied, “Ja, but, I haven’t really been there since 1947.”

After the obligatory sponsorship message, Vettel had time to answer a few questions that had been chosen from those submitted by Canadian fans.

If he could race in any other era in history, which would he pick?

“Well, every era had its ‘specialities’, but given that I know the current era, and the feel of the cars with the downforce that we have… well, I used to say the ’70s, because the ’70s were very raw and Formula 1 was very raw. But they were also quite a bit slower.

“I think the mid-nineties, where the car was still a bit more raw than today with less technology – they were more pure but they had significantly more downforce.

“But I’m very happy with this era. The cars are the fastest they’ve ever been. I guess if you ask anyone of those [eras] in the past, they’re going to say this era.” 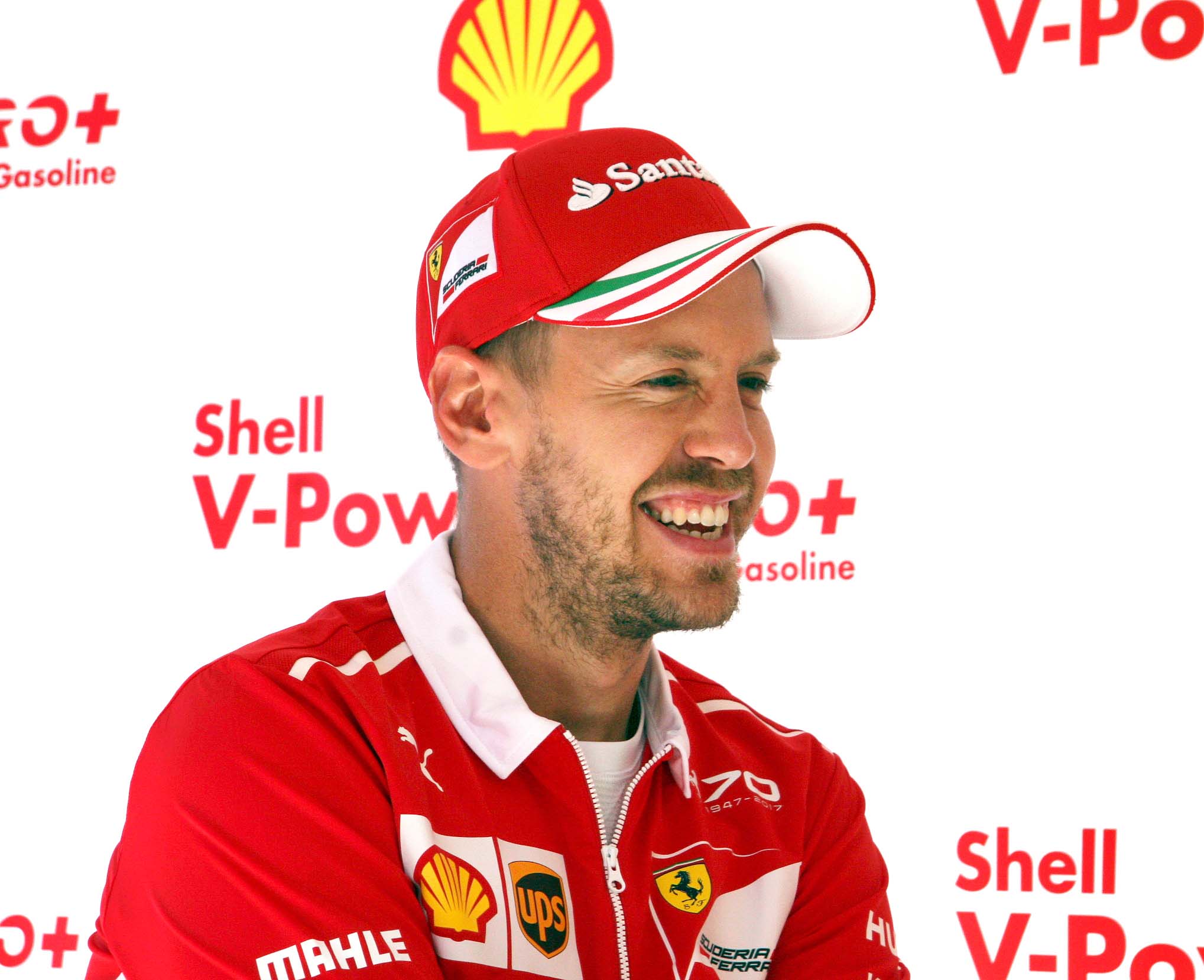 How much driver involvement is there in the design of the cars?

“Well, it depends on how much you want to be involved. Obviously, our key job is driving, as you can imagine. But yeah, quite a lot of time is spent with the engineers, talking about the cars. I’m not telling them how to design the cars – because I’m not an engineer, I didn’t study vehicle aerodynamics.

“But over the years you get quite a good read, and obviously you have the experience of how the car feels on track. So whatever you tried in the past – whether it was good or bad, whether we should push it more in that direction. As a driver you’re one of the key persons to push the development. Not necessarily the shapes and designs, but where the car should head to.”

Does four-time Formula 1 Champion Sebastian Vettel still get nervous at the start of a race? Or does he just feel excitement?

“Yeah, when I get in the car before a race I’m nervous, but also excited. I guess it’s a mixture of both. I guess when you’re not nervous anymore when starting a race, then maybe it’s time to do something else. I think it’s a good sign. Race days are something special, so when I wake up I can feel (inhales deeply) a bit of tension – which grows up to the run to the Grand Prix and obviously when the lights go on, you know it’s ‘go time’.” 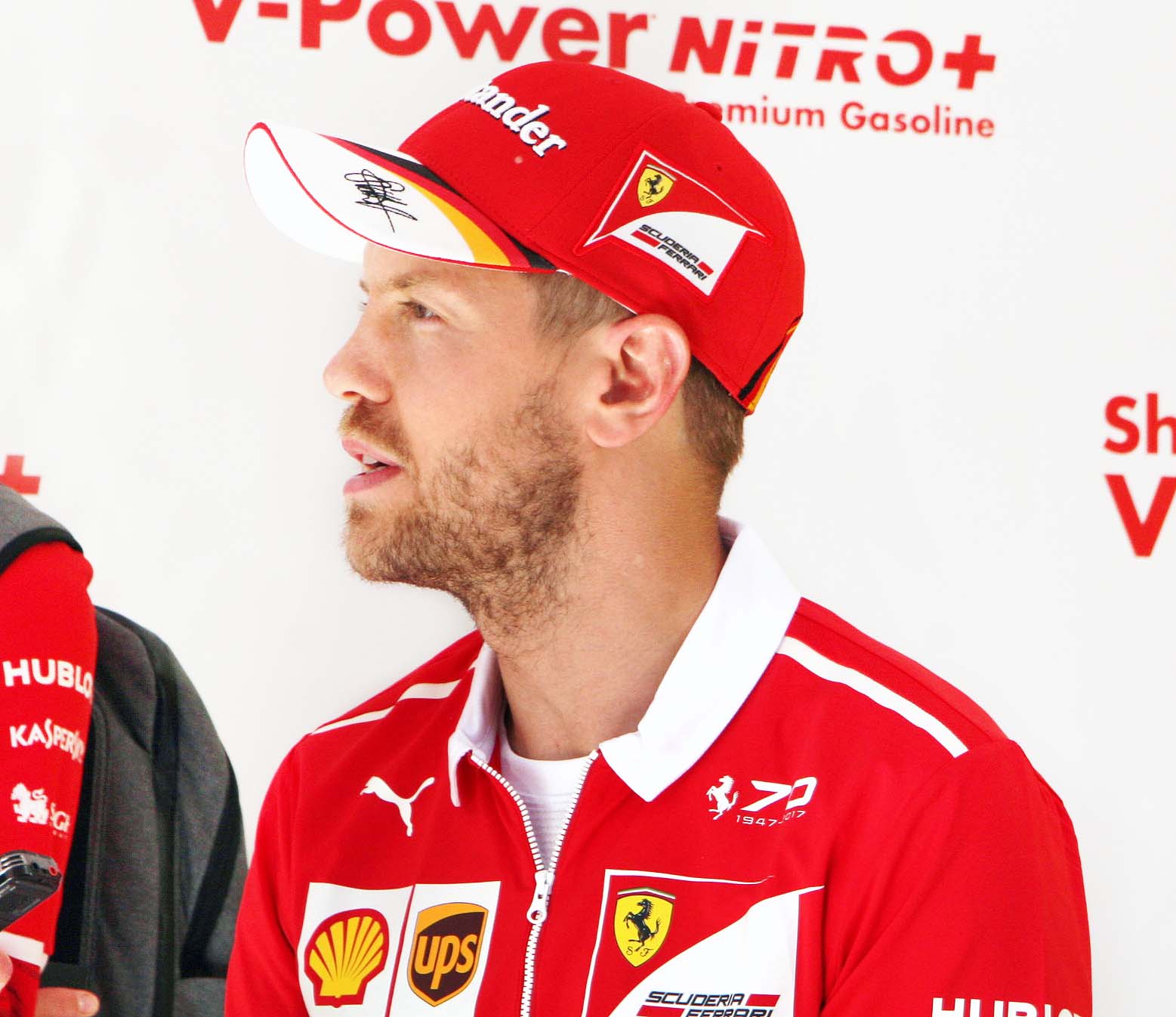 Of all the circuits he’s ever raced, does Vettel have a favourite corner?

“Ahhh, that’s difficult because there’s so many corners. I love Suzuka, Japan, not necessarily one corner of it but the combination of let’s say, the first sector, where you have a lot of esses and fast corners. Then if I had to pick another one, Spa, where you have a double left-hander downhill very fast – it’s called Pouhon.

“So yeah – fast corners are a lot more exciting for us. Slow corners, like you have a lot of, here in Montreal – they’re very technical so they’re not easy at all and you can lose a lot of time if you don’t get it right. But fast corners, they’re a bit more… You feel the forces, you feel the limit of the car, how fast it can go, how much it’s pulling on your body…. I enjoy that more.”

And does Vettel have some favourite music to get him in the zone before a race?

“Well generally I love music, I think I couldn’t live without [it], but before the race I have a couple of songs I’ve been listening to for a while. Some are very, well, the ones you might suspect like “Eye of the Tiger”, and stuff like that, but others [are] just melodies or rhythms.”