Lexus has yet to announce 2019 pricing for the seven-seat RX L.

RX options are rounded out by a pair of F Sport packages. Series 2 ($64,050) builds on the base model and adds items from the Navigation and Luxury packages, while Series 3 ($68,600) builds in features from the Executive package. Both also include an upgraded gauge cluster and F Sport steering wheel and other cosmetic details.

On the hybrid side of the ledger, the RX 450h comes in at $64,500, down from the 2018 model's original price of $70,900. It includes a 12.3-inch infotainment display, sunroof, 20-inch wheels, blind spot monitor with rear cross traffic alert, clearance sonar with automatic braking, ventilated front seats, 12-speaker stereo and navigation. Lexus has removed premium LED headlights from the list of standard kit.

RX 450h models can also be had in F Sport Series 3 form, whose $75,450 price (down from $76,800) builds on the Luxury package and adds the Executive package's goodies, plus an adaptive variable suspension and a variety of trim-specific cosmetic pieces.

Note that we're comparing this year's prices with those announced at the 2018 model's launch in December of last year; Lexus raised the RX's prices mid-way through the 2018 model year. Also, as we write this, Lexus's consumer site shows a $4,000 delivery credit (read: discount) on the 2018 RX, which is an even more attractive deal than the reduced-MSRP 2019 version, which is available at Lexus dealers across Canada. 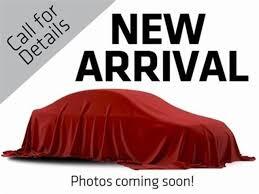