Mercedes-Benz has revealed the brand's new A-Class for Canada, a compact that will debut the brand's new MBUX infotainment system and carry a starting price just under $36,000 when it goes on sale this month.

Benz's latest compact model will take the place of the soon-to-be discontinued B-Class wagon, introduced in 2006 as the brand's first foray into the entry-level luxury segment.

The A-Class reveal, held in a downtown Toronto nightclub on Wednesday night, introduced the hatchback version, but Canada will also get a sedan variant that also was unveiled at the stylish and photo booth-heavy party. The sedan will hit the market early in 2019, confirmed Mercedes-Benz Canada president and CEO Brian D. Fulton at the event.

But he also confirmed some unexpected news: that a three-row GLB crossover is coming to Canada in late 2019, to squeeze in between the GLC and GLA, yet offer more seats than the current GLC. "It’s smaller than a GLC," Fulton said about the upcoming three-row compact SUV. "Picture a cross between a GLS and G-Class."

Fulton also noted that 2018 will mark a sea change that reflects the changing Canadian market: the GLC compact crossover will outsell the C-Class, the firm's perennial best-seller.

But this night belonged to the A-Class Hatchback, and in today's youth-oriented markets, how you interact with a car's electronic systems is nearly as important as the driving experience. To that end, the A-Class reveal focused on the new Mercedes-Benz User Experience infotainment system, or MBUX.

MBUX is an artificial intelligence-based system that responds to the "Hey Mercedes" voice prompt to adjust cabin settings and other secondary systems. The AI architecture makes the system customizable and capable of learning the driver's preferences.

Mercedes calls out the A-Class's wing-shaped dash, which comes with two displays each measuring 7.0 inches or 10.25 inches, depending on options selected.

MBUX can help you select your favourite of the 64 colours of ambient interior lighting (optional), but driving the car remains up to you. From behind the wheel, you're in control of a 2.0L four-cylinder turbocharged engine that puts its 221 hp and 258 lb-ft of torque through a seven-speed dual-clutch automatic transmission. The base configuration includes front-wheel drive, but 4Matic AWD is a $2,000 option.

(With files from Michael Bettencourt) 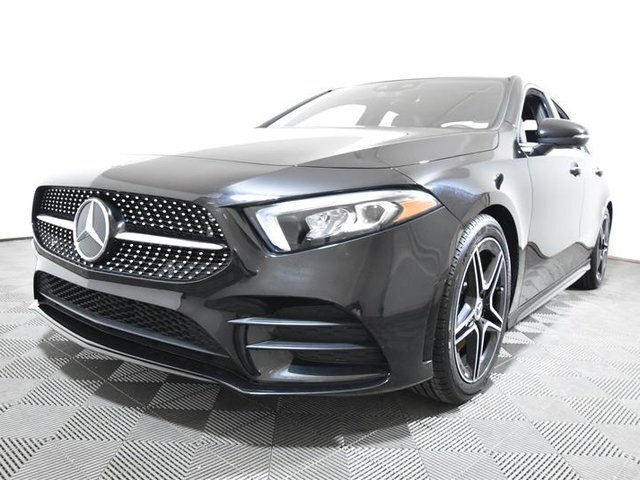 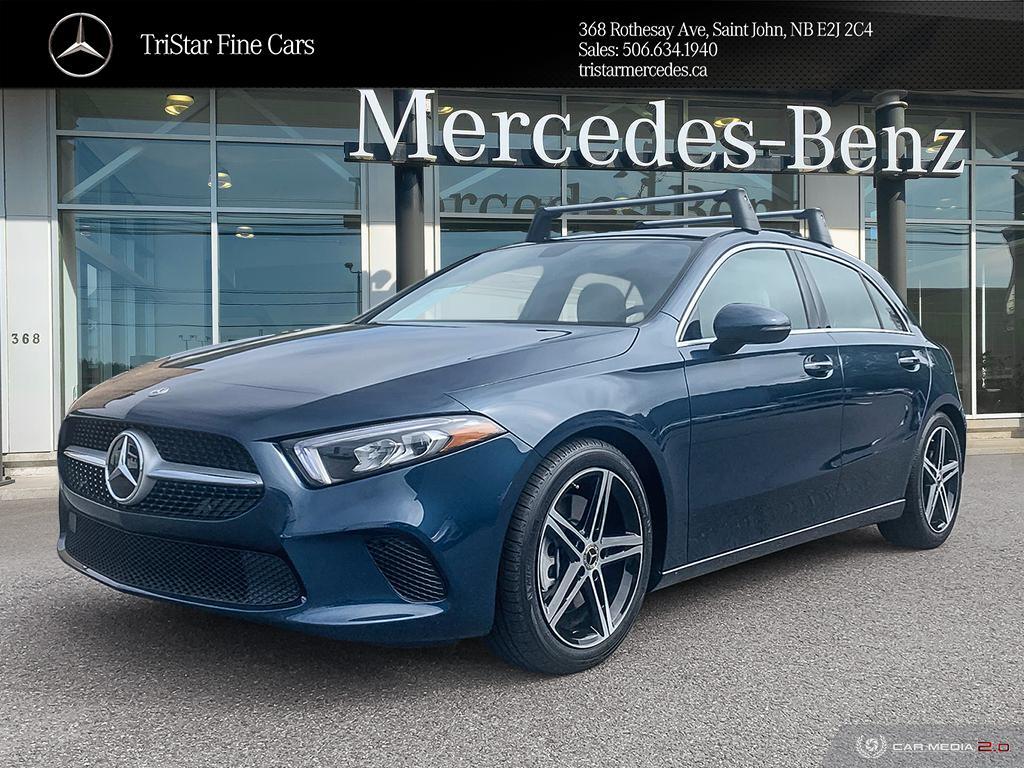 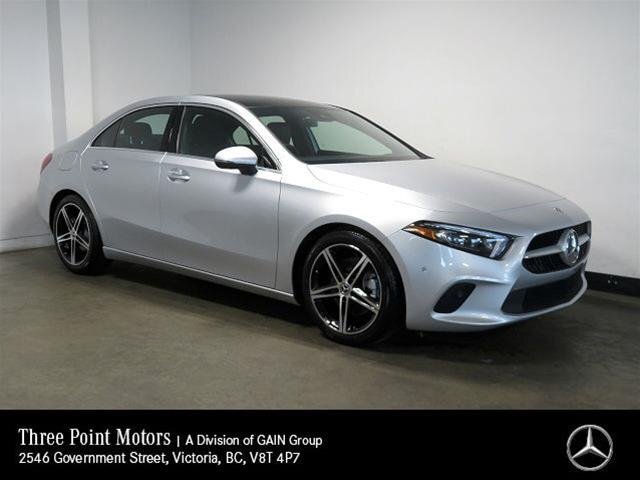