Chevrolet has just revealed its next gen heavy duty Silverado. The 2020 Silverado HD will have a very bold nose, more interior room, and 910 lb-ft of torque when it hits the market in mid-2019.

Chevy said that they wanted to make the 2020 Silverado HD a visual statement. And they've done it. That massive grille and the even more prominent chrome crossbar is many things, but it will likely never be called boring. Lead designer Brian Izard called it "a truck that looks like a piece of heavy machinery."

There will be two powertrains at launch. An all-new gas engine that they aren't talking about just yet, or a Duramax V8 diesel that offers up 910 lb-ft of torque. That's the same figure as the current HD truck and impressive as it is, the heavy duty diesel offerings from Ford and Ram offer 925 and 930, respectively. The gas engine will get a six-speed auto and the diesel a 10-speed Allison automatic. 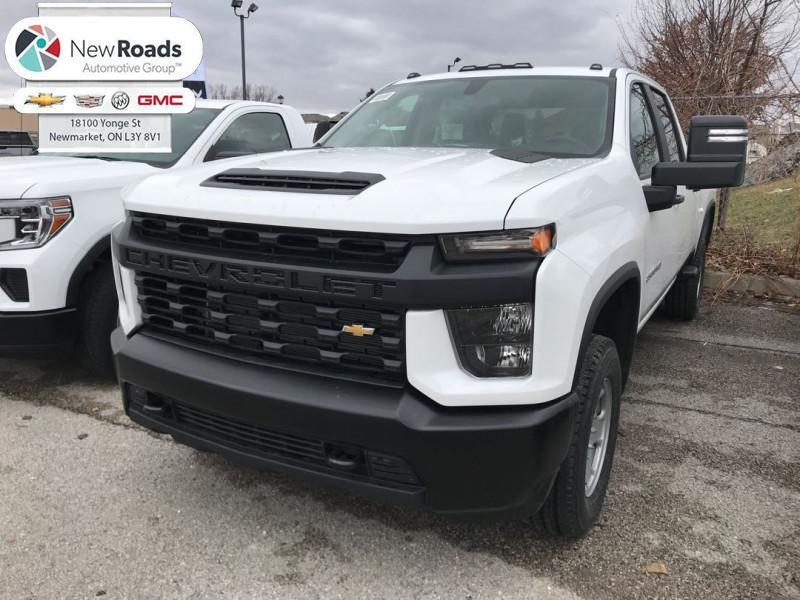 Chevrolet is also saying that the new Silverado HD will offer "significant increases in towing and payload" and get more tech features designed to help HD truck owners.

The new HD truck gets some of the same changes as the non-HD truck, though the only sheet metal part they share is the roof. The Silverado HD adds 76 mm of legroom on crew cab models and GM says it gets a taller, more comfortable seating position.

The 2020 Silverado HD is set to be revealed in February and go on sale in the middle of next year.