Few vehicles in history have reached the iconic status of the Ford Mustang. Since being unveiled at the World’s Fair in 1964, over 10 million Mustangs have rolled off the assembly line. Earlier this year, the Mustang Owner’s Museum in Concord North Carolina opened its doors to help chronicle the legendary car’s robust history.

Recognizable names from Mustang’s history such as Iacocca, Shelby, Roush and Saleen are all prominently featured, in addition to models generously on loan from private collections. Rotating exhibits have been curated to entertain and educate visitors on the heritage of Ford’s famous pony car, not shying away from sharing the highs and the lows. Cough…Mustang II…Cough. Showing off as many as 50 cars at any given time, each model on display is somehow historically or culturally relevant.

Recognizable names from Mustang’s history such as Iacocca, Shelby, Roush and Saleen are all prominently featured, in addition to models generously on loan from private collections. Rotating exhibits have been curated to entertain and educate visitors on the heritage of Ford’s famous pony car, not shying away from sharing the highs and the lows. Cough…Mustang II…Cough. Showing off as many as 50 cars at any given time, each model on display is somehow historically or culturally relevant.

After traveling over 1,500 kilometres, we had no idea what to expect as we approached the Mustang Owner’s Museum. Located less than a mile from the Charlotte Motor Speedway, the museum seemed like a fitting enough destination to plan a summer road trip around since it would be done in my own 2016 Mustang GT Performance Package. While my car obviously wasn’t produced there, it still felt like something of a homecoming being surrounded by so many Mustangs both inside the museum and out in the parking lot where every day is a car show.

Museum staff are enthusiasts themselves and are only too happy to share the stories behind each vehicle in the current collection. “It’s not about being pristine, it’s about real owners and the stories of their vehicles,” says Mustang Owner’s Museum Executive Director, Steve Hall, “If you just want to see a selection of shiny cars, you can do that in any car museum, or a dealership for that matter.”

The era of the Mustang II may be one that many wish to forget, but the model is well represented at the museum. You can’t get much more unique than the 1976 Mustang II Western prototype. Outfitted with a landau top, saddle seats and various other exclusive interior and exterior features adorned with a western motif, 50 models were constructed for a market research initiative used to test consumer opinions on a potential new trim option. Despite it being well received at the time, the high costs associated with production meant it never came to be. All models were returned to stock form with the exception of this model, making it truly one of a kind.

Another one-off on display is a 1964 Mustang Convertible ordered specifically by Henry Ford II that survives in its original condition. Pulled from the assembly line, it was finished by the Ford Design center where it received a custom interior and was the only Mustang to be painted in Stanhope Green, a colour from the Lincoln palette in 1940.

Among other notable models are the first Mustang unveiled to the public at the New York World’s Fair in 1964. Not only is it a historical vehicle that still retains evidence of the brackets welded to it for display, but for many enthusiasts it’s the first Mustang they ever laid eyes on.

Over in the Roush display is another first. Wearing serial # 001, the 1995 Mustang is the very first to be built and sold in the Roush dealer network. It’s amazing to witness the evolution of performance throughout the museum. Back in 1995 getting 372 hp out of the 4.6L V8 was notable but is pretty underwhelming and underpowered by today’s standards. Putting these advancements into perspective is the 2019 Roush Stage 3 beside it, churning out 710 hp and 610 tire-melting ft-lbs of torque.

The museum’s current display features a vast collection of firsts, but it is also currently home to the last Fox body Mustang to roll off the assembly line in 1993. Evidence of being the model’s swan song is demonstrated by the front passenger seat on display which was signed by assembly line workers the day production ended.

While most are displayed in pristine condition, one Wimbledon White example that came off the assembly line on the very first day of Mustang production was kept in its original “Barn Find” state. “The Mustang Owners Museum Is here for the enthusiast,” says Jaron Cole, the museum’s director of social media. “We want to showcase all facets of the Mustang. We have unique, modified, restored models. Whether you’re into history, or cars, or memorabilia, the Mustang Owners Museum has a little something for everyone.”

Following a day spent at the museum and a 3,000+ kilometre roadtrip to get there and back, I not only have a more profound knowledge of the Mustang’s unique place in history, but I’ve also gained a deeper appreciation for my own car. The fact that the displays change every season only means there’s incentive to go back and visit again.

Adult admission is $10 and children 15 and under are free. 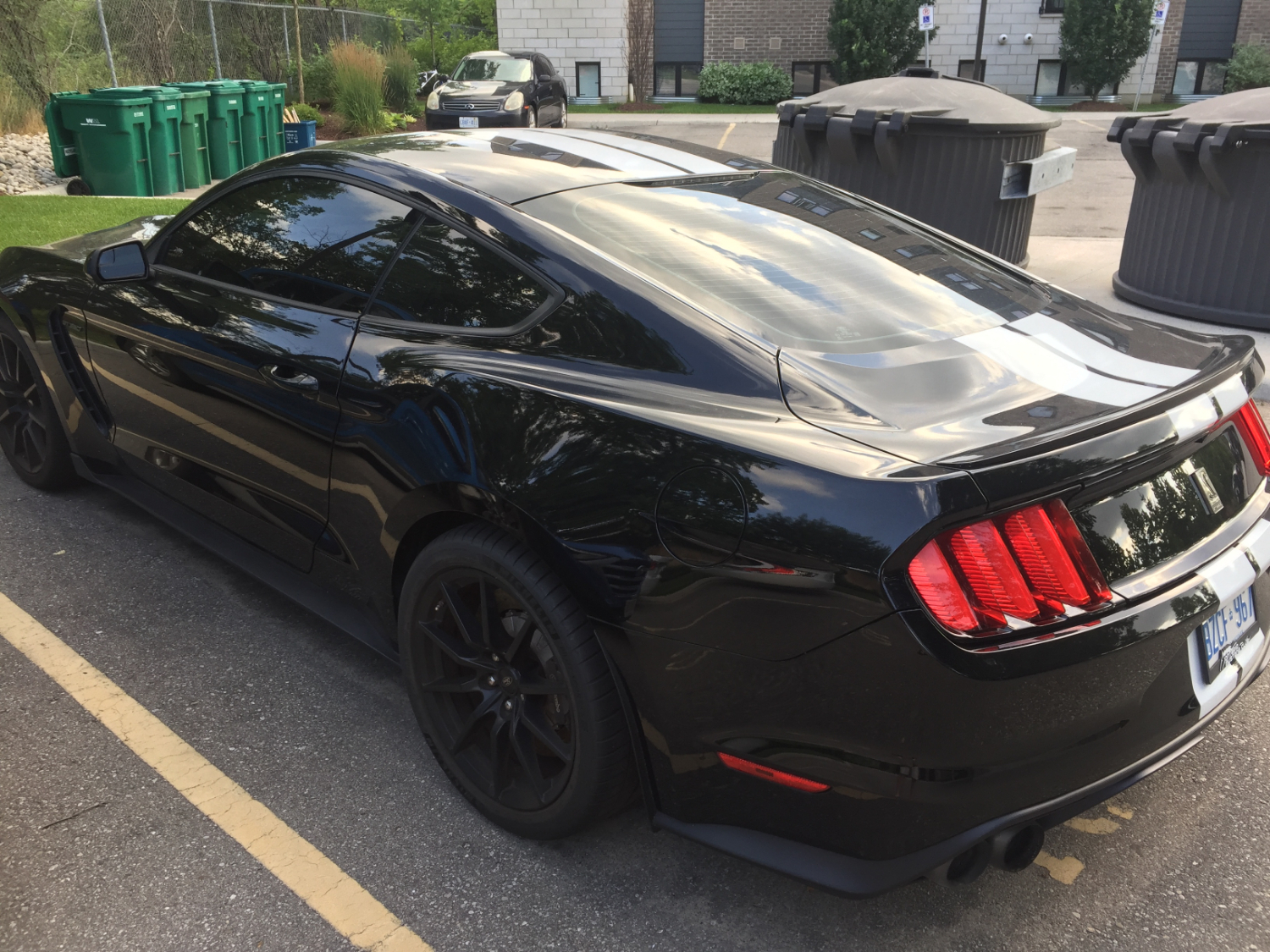 About Dustin Woods
Fascinated by anything with an engine since he was old enough to walk, Dustin has been crafting automotive news, reviews, and travel content for over 14 years. He holds an Honours Bachelor of Arts in Communications Studies and English from Wilfrid Laurier University and a post-graduate certificate in Broadcasting from Humber College. Dustin is the Associate Editor of autoTRADER.ca, a member of the Automobile Journalists Association of Canada (AJAC), and a doting cat dad.
Follow me
You may also like
AdChoices
Latest Articles
﻿