This could be the turning point that defines the foreseeable future; the mark at which the crossover coup d’état truly begins. Soon will come the overthrow of the economy car segment, with affordable small sedans and hatchbacks ousted from driveways across the country, replaced by the Venue and crossovers like it.

If you look closely, you’ll see the crossover revolution has been slowly gaining momentum. Honda hasn’t – at least not as of yet – committed to the Fit’s return to Canada after this year, leaving the HR-V to occupy the role of the brand’s smallest vehicle. Over at Nissan, sales of the well-priced Micra are winding down, leaving the Kicks crossover as its most affordable five-door. Hyundai, meanwhile, bid adieu to the Accent sedan last year, and with the arrival of the Venue, don’t be surprised if the hatchback’s days are numbered, too.

What does all this mean to the average Canadian consumer? Well, not much – at least not on the surface. Crossovers are in high demand these days, meaning most folks are probably fine with the shift from small cars to small crossovers. However, the new normal won’t be without its negatives.

Not All Are Created Equal

Canadians’ appetite for all-wheel drive is all but insatiable, so a crossover like the Venue seems like a no-brainer, right? Wrong. Its boxy shape, tall-ish ground clearance, and rugged body cladding might suggest all-wheel drive is an obvious checkbox on the options list, but don’t be fooled: it isn’t offered here.

Driving the front wheels alone helps make the Venue the country’s most affordable crossover – more on that later – but it also inevitably takes it off some Canadians’ shopping lists. Should you be one of them? Certainly not, as the Venue is a perfectly capable commuter (and a good set of winter tires is a must either way).

The Venue isn’t the only subcompact crossover to skip all-wheel drive altogether, with the Nissan Kicks and Toyota C-HR doing the same – though the latter doesn’t offer the same financial incentive, with its pre-tax starting price undercutting the most expensive Kicks by only a few hundred dollars.

And those are just the crossovers that don’t offer all-wheel drive at all. For most others it’s offered as a costly option on base versions, or as part of pricier trim packages. Take the larger 2020 Toyota RAV4, for example: Its advertised starting price of $28,090 before freight and fees is reasonable, but that’s for a front-wheel-drive model – adding all-wheel traction takes another $2,100. In fact, not until the $38,890 RAV4 Trail model is all-wheel drive included in the price. Not even three-row SUVs like the Toyota Highlander and Hyundai Palisade are exempt from this type of low-price trickery, with the most affordable versions of both powering their front wheels only.

Most Are Short on Space

When it comes to cargo room, the smallest crossovers aren’t all they’re cracked up to be. One of the Venue’s biggest disappointments is behind the tailgate, with a paltry 355 L of space to work with. Worse still, it’s a narrow and upright area that’s fine for groceries, but anything more than that could pose problems. (Good luck to anyone trying to cram a decent-sized stroller behind the back seats.)

The Hyundai Accent hatchback may look far smaller than the Venue, but it has more space for stuff than its platform-mate. Cargo volume stands at 616 L, but best of all, it’s a deeper and wider space, which comes in handy when it’s time to pack the trunk full of camping gear or a couple of suitcases.

Small crossovers aren’t gas-guzzlers like the SUVs of old, but there’s an inherent disadvantage to a vehicle like the Venue when it comes to fuel consumption. While Hyundai’s engineers have managed to eke out some impressive efficiency, a design that’s akin to a milk carton has its limitations.

Given that they share most of their mechanical bits, no two vehicles are better proof of that efficiency deficiency than the Venue and Accent. Both use the same 1.6L four-cylinder engine and transmission choices (a base six-speed manual or continuously variable automatic), but the sleeker Accent manages to consume less fuel.

Natural Resources Canada (NRCan) rates the automatic-equipped Venue at 8.0 L/100 km in the city, 7.0 on the highway, and 7.5 combined – impressive by subcompact crossover standards. However, the Accent with the same transmission is rated at 7.3 L/100 km around town and 6.0 on the highway for combined consumption of 6.7 L/100 km. No, it’s not a significant difference, but if you’re buying either one for commuting duty it adds up.

In a totally unscientific – and fairly unrealistic – analysis, the Accent’s combined consumption of 6.7 L/100 km together with its 45 L gas tank would yield 670 km between refuelling. Assuming the average Canadian drives 20,000 km annually, as NRCan estimates, the Accent would require 30 fill-ups over the course of a year.

The slightly worse combined fuel consumption in the Venue (7.5 L/100 km) together with its fuel tank of the same size (45 L) would result in 600 km between stops at the gas station. That means about 33.5 yearly fill-ups in the Venue, making it more costly – and more inconvenient.

Few Are Fun to Drive

There certainly are some sporty and fun subcompact crossovers out there – the Mazda CX-3 and Hyundai Kona top the list – but by and large it’s a pretty boring class of vehicle. Small cars, on the other hand, tend to lean in the opposite direction, feeling nimble and engaging; credit their lower ride heights (the Accent, at 140 mm, is 30 mm closer to the ground than the Venue) and tauter suspension for the difference.

While few shoppers in either segment are likely to put driver engagement at the top of their list of “must haves” these days, added responsiveness has benefits that extend beyond fun. While it’s not fair to call small sedans and hatchbacks safer vehicles outright, sharper handling and less top-heaviness have their advantages in the event an evasive manoeuvre is required.

They Can’t Compete on Price

The 2020 Hyundai Venue is – at least for the time being – the most affordable crossover in Canada. A starting price of $17,099 before freight and fees undercuts the next cheapest on the list, the Nissan Kicks, by a couple grand and comes with in-demand features like heated front seats, an eight-inch touchscreen infotainment system, and Apple CarPlay and Android Auto smartphone connectivity. That is, however, about it. No, the base Venue isn’t as stripped out as a Nissan Micra, so stuff like air conditioning and power windows and locks are included, but it doesn’t include cruise control, and buyers will be forced to shift their own gears (or pay $1,300 more for an automatic transmission).

Moving up to the Venue Preferred adds $4,400 to the price tag but brings with it some impressive content. For $21,499, it comes with an automatic transmission, blind-spot monitoring, lane-keep assist (though it’s a terrible system), automatic emergency braking with pedestrian detection, keyless entry with push-button start, and a heated steering wheel. It’s an impressive package for the money.

At $22,599 before tax, the Venue Trend is likely to be a popular landing place for buyers, with most of the same features as the Preferred – though without the lane-keeping or automatic braking – as well as bigger alloy wheels, a sunroof, and an available styling pack that adds contrasting accents inside and out. Finally, a top-of-the-line Ultimate gets all that and more (minus the optional styling package) for its $24,899 MSRP.

While none of that pricing is outlandish – in fact, compared to most crossovers it’s all pretty reasonable – it can’t touch the Accent’s budget-friendliness. The cheapest Accent doesn’t get the same stuff as the base Venue, but it’s priced accordingly at $14,949. Ditto the Accent Preferred, which lacks the advanced safety equipment of the equivalent Venue but costs $17,899 before freight and fees ($1,250 more for an automatic transmission). Then there’s the Accent Ultimate. Decked out with most of the same features found in the top-of-the-line Venue, the most expensive Accent has a sticker price of $21,649, undercutting the smallest Hyundai crossover by $3,250 before tax.

Those with their hearts set on a crossover aren’t likely to be put off by the price premium of the Venue, but those looking to maximize the bang for their buck will find a fun, efficient, and roomy ride in the Accent while saving a few bucks along the way. 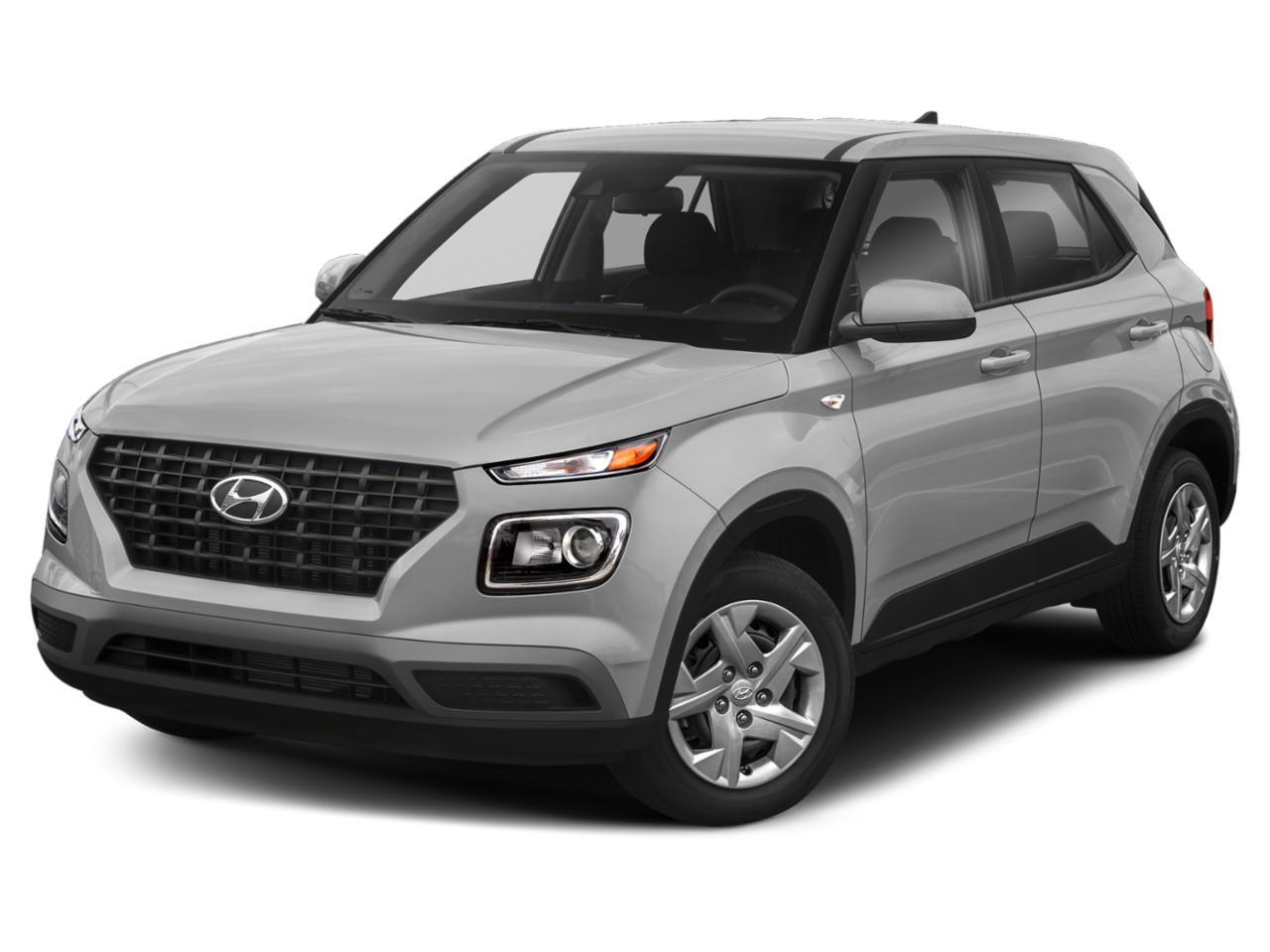