The crossover has essentially taken over the automotive market. Canadian consumers have begun to abandon their sedans and hatchbacks in favour of crossovers, with the vehicles offering up more capability, added safety, available all-wheel drive, and a higher driving position.

However, there is one downside to trading a sedan or hatchback for a crossover: price. While not exponentially more expensive than a comparably sized car, crossovers typically carry a premium and can quickly jump up in price when all-wheel drive or other options are added in.

Here at autoTRADER.ca, we want to make it as easy as possible for Canadian shoppers to find a crossover that doesn’t break the bank. This list includes every crossover or SUV on sale in Canada for under $35,000, making it simple to find a vehicle that fits your needs and won’t leave you with a car payment you can barely afford. Start scrolling to start your crossover/SUV shopping journey.

The Hyundai Venue is a stylish subcompact crossover with a 121-horsepower 1.6-litre four-cylinder engine. It is the cheapest crossover available in Canada for the 2020 model year, but there’s one downside: it is not available with all-wheel drive (AWD).

The Nissan Kicks is a direct competitor to the Hyundai Venue and is similar in many ways, from styling, to interior packaging and performance. It is powered by a 125 hp 1.6L four-cylinder engine and is available with front-wheel drive (FWD) only.

The Mazda CX-3 is among the cheapest crossovers available with all-wheel drive. Pricing for FWD models starts at $21,045, while AWD models start at $23,345. Power comes from a 2.0L four-cylinder engine rated at 148 hp.

The Nissan Qashqai is a spacious compact crossover that is priced like a subcompact. Base models with FWD are priced at just under $21,500, while AWD models are quite a bit more at $26,298. Power comes from a 2.0L four-cylinder producing 147 hp.

The Chevrolet Trax is pricey for a subcompact, with prices starting at just under $22,000 for FWD models and $23,898 for AWD models. The only available engine is a 138 hp 1.4L four-cylinder. It’s worth noting the Trax is fairly old and is due for an update in the next couple years or so. For that reason, it may be worth waiting for a more up-to-date model to arrive.

The Kia Seltos is a fairly new addition to the subcompact crossover class. Prices start at just under $23,000 for FWD models and $24,995 for AWD models. Like the closely related Hyundai Kona, power comes from a 147 hp 2.0L engine, but a 175 hp 1.6L turbo is available.

The Toyota C-HR differs from other crossovers in that it puts style over function. While not very well packaged nor spacious, the C-HR has youthful looks and is nimble for a crossover thanks to its lower stance. Power comes from a 144 hp 2.0L engine and AWD is not available.

The Subaru Crosstrek woos customers with its smart packaging, reasonable base price, and standard AWD. Power comes from a 152 hp 2.0L “boxer” engine – which has its cylinders on a flat plane in horizontally opposed pairs rather than upright in a line (or “inline”) or in a V-shape – though a 182 hp 2.5L will join the lineup in 2021.

The Chevrolet Trailblazer is a new addition to the subcompact crossover segment. FWD models start at $23,898, while AWD bumps the price to $25,698. Base models feature a 137 hp turbocharged 1.2L three-cylinder engine, while upgrading to AWD will swap the engine for a 155 hp 1.3L three-cylinder engine. It has boxy styling similar to the Hyundai Venue, Nissan Kicks, and Kia Soul.

The Honda HR-V is pricey for a subcompact crossover, but looks to back up its higher price tag with solid build quality. FWD models start at $24,290, while AWD models are priced from $26,590. Power comes from a 141 hp 1.8L engine.

The Buick Encore is a premium subcompact crossover that shares a platform and powertrain with the Chevrolet Trax. With more standard content, though, the Encore is a bit more expensive. FWD models start at $24,598 and AWD models are priced from $26,598. Like the Trax, power comes from a 138 hp 1.4L four-cylinder.

The Jeep Compass is an attractive and capable compact crossover that starts at $25,042 for FWD models and $26,700 for AWD models. The only available engine is a 180 hp 2.4L four-cylinder engine. Interestingly, the Compass is one of the few vehicles on this list available with a manual transmission, though it is only available in conjunction with FWD.

The Ford EcoSport starts at a pricey $25,149, but it also gets standard AWD and a powerful 166 hp 2.0L four-cylinder engine. Think of the EcoSport as a downsized version of the Ford Escape, but with far fewer frills due to its older platform.

The Buick Encore GX shares its platform with the Chevrolet Trailblazer. It has a bit more premium content than the Trailblazer, though it uses the same engines. That means base models come with a 137 hp 1.2L three-cylinder, while AWD models (which start at $28,098) have a slightly more powerful 155 hp 1.3L three-cylinder. To clarify, the Encore GX is slightly more spacious than the regular Encore and is more up-to-date, as well.

The Kia Niro is an efficiency-minded subcompact crossover that is available as a hybrid, plug-in, and pure EV. The base model features a 104 hp 1.6L engine and electric motor that produce 139 hp combined. AWD is not offered on this little family runabout.

The Jeep Renegade is a very capable compact crossover that starts at $27,358 and costs $29,245 with AWD. The base engine is a 2.4L four-cylinder, which is good for 180 hp, while a 177 hp 1.3L turbocharged four-cylinder is also on offer. Base models with FWD can also be ordered with a manual transmission, which is uncommon for this segment.

The Nissan Rogue starts at $27,498 for base FWD models and $30,698 when equipped with AWD. This crossover is fairly spacious for a compact, but it will be replaced with an all-new model for the 2021 model year. We would hold out for the new model to arrive before purchasing a 2020 Rogue, but there may be some good deals to be had on the outgoing model in the next year or so.

The Toyota RAV4 is a very popular compact crossover that has a reputation for being well made, reliable, and easy to live with. Power comes from a 202 hp 2.5L four-cylinder, though customers can also get a hybrid model with the same 2.5L engine, which produces 219 hp.

Don’t be fooled by the name – the Mitsubishi Eclipse Cross has nothing in common with the Eclipse two-door that rose to fame thanks to The Fast and the Furious. But while this crossover didn’t have a starring role in a major film, it’s still a decent entry thanks to its 152 hp turbocharged 1.5L four-cylinder engine and standard AWD.

The Honda CR-V is priced from $28,690 for FWD models and $31,490 for AWD models. The base engine is a 184 hp 2.4L four-cylinder, while a 190 hp turbocharged 1.5L engine is also available. It’s worth noting that Honda has previously experienced some issues with the 1.5L engine, however, so the less powerful 2.4L engine may be the better choice here.

The Subaru Forester is well packaged and capable compact crossover that comes standard with AWD. The only available engine is a 181 hp 2.5L boxer four-cylinder. A hybrid model is not available in Canada at the moment and isn’t likely to go on sale in the country, unfortunately.

Pricing for the Jeep Cherokee starts at $29,016, but despite this being a Jeep, AWD is not standard. Adding AWD to the mid-size crossover will bump the price to $31,045. The base engine is a 180 hp 2.4L four-cylinder, while a powerful 270 hp 2.0L turbo is also available on certain models. That’s a lot of power for fairly small crossover such as this!

The Hyundai Santa Fe is a handsome mid-size crossover that starts at $29,249 for FWD models and $31,249 for AWD models. The base engine is a 185 hp 2.4L four-cylinder, but a 235 hp 2.0L turbo four-cylinder is also available. The Santa Fe no longer offers an optional third row, with the larger Hyundai Palisade taking over that segment instead.

The new VW Tiguan is quite a bit larger than the old model, which was essentially just a lifted Golf. A longer wheelbase gives the latest Tiguan more interior room and makes it better suited for the families that typically buy it. Prices start at $29,770 and AWD models are priced from $31,475. Power comes from a 185 hp 2.0L turbo.

The Subaru Outback is a capable crossover with standard AWD. This go-anywhere mid-size is a great choice for anyone with an active lifestyle. The base engine is a 182 hp 2.5-litre boxer four-cylinder, though a 260 hp 2.4L turbo is also available for extra.

The current Kia Sorento has been in production since 2015, but it’s still a fairly competitive entry in the mid-size crossover segment. This family hauler starts at just under $31,000 and features standard AWD. Base models are powered by a 185 hp 2.4L four-cylinder, while a 290 hp 3.3L V6 engine is also available.

The GMC Terrain is essentially a more content-heavy take on the Chevrolet Equinox. FWD models start at a hair over $31,000 and AWD bumps the price to $33,598. Just like the Chevy, base models feature a 170 hp 1.5L turbo, while a 252 hp 2.0L turbo is available for extra.

The Mini Countryman All4 is very pricey compared to the other small crossovers on this list at $31,690, but it does come with standard AWD. Base models feature a 134 hp 1.5L turbocharged engine, while the sportier “S” model features a 189 hp 2.0L turbo. The high-performance JCW model, meanwhile, is powered by an impressive 301 hp 2.0L turbo.

The Fiat 500X is priced from $31,995, which is a fairly pricey point of entry, but it does offer standard AWD and comes well-equipped. Power comes from a small 1.3L turbocharged four-cylinder engine, which produces a respectable 177 hp.

The Jeep Wrangler is far and away the most capable vehicle on this list – so off-roading enthusiasts needn’t look any further. Pricing starts at $33,481 for the bare-bones Sport trim with a 285 hp 3.6L V6 engine and standard four-wheel drive. A 270 hp 2.0L turbocharged engine is also available for a small premium. Notably, the Wrangler is offered with both an automatic transmission and a manual.

The Mitsubishi Outlander is a popular family SUV thanks to its standard three-row seating, standard AWD, and reasonable $29,998 base price. The base engine is a 166 hp 2.4L engine, while a 224 hp 3.0L V6 is also available. Those who will be filling all three rows up with kids or hauling cargo often may want to opt for the 3.0L V6, as the 2.4 is a low output engine for a large, heavy three-row crossover such as this. 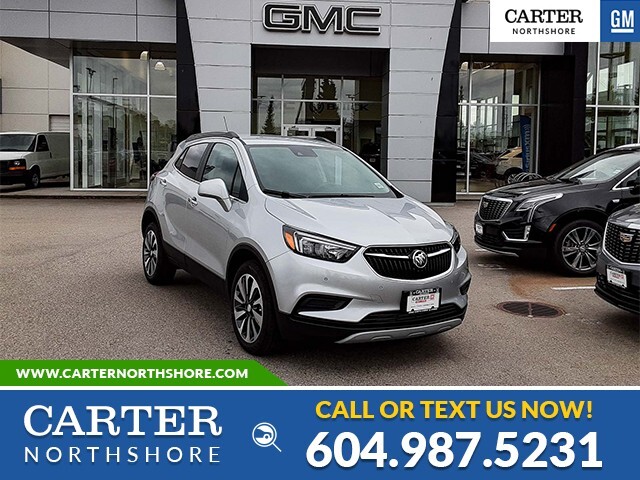 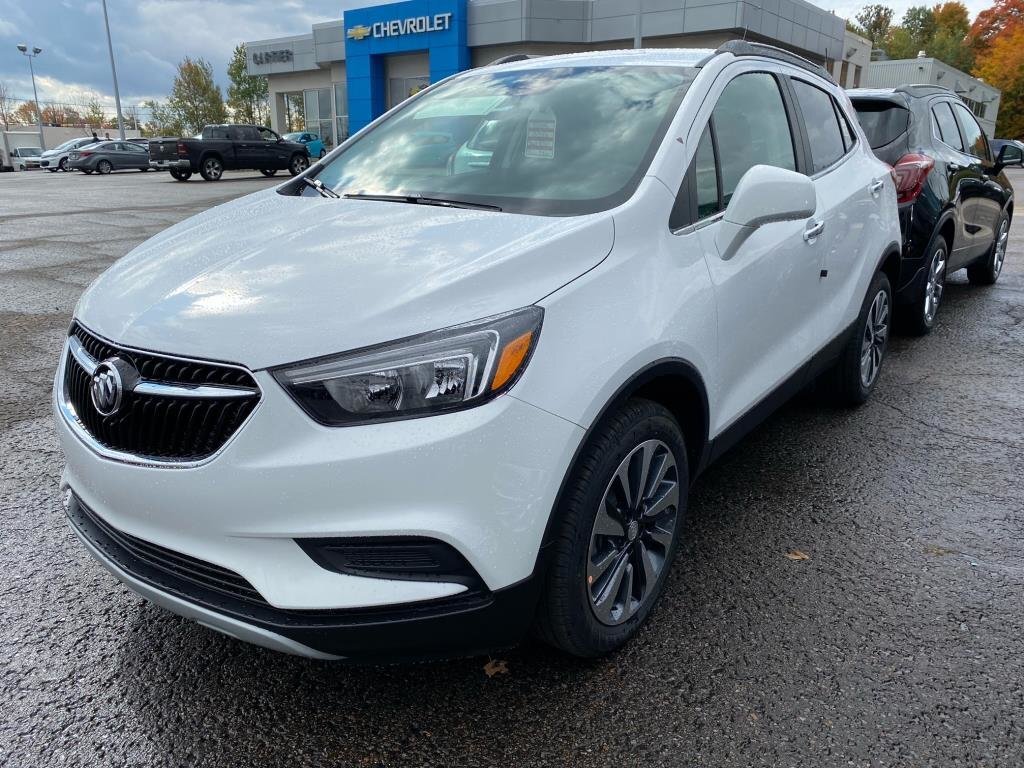