Canadian shoppers love AWD so much that it’s recently become available on cars that never offered it before – including the Mazda3, Dodge Challenger, and Toyota Camry.

The latest Nissan Altima too includes never-before-seen AWD – standard on every trim grade. It’s an approach luxury automakers in this country have taken for years. With most shoppers ticking the “AWD” box on the options list, most pricier cars just include it automatically – like power windows or cruise control.

Thing is, these two in-demand technologies are rarely seen together on the average Canadian’s side of the pricing spectrum. Affordable hybrid options are commonly front-wheel-drive, and though AWD-equipped hybrids are available, they tend to come with a premium badge on the hood, and a price tag to match.

There are, however, a few affordable options for buyers after an AWD vehicle with hybrid power – and we’ll take a look at those below.

But first, some housekeeping, since we’ll be looking at two types of hybrids.

The first is a conventional hybrid, which we’ll simply be calling a “hybrid.” In a hybrid, the gasoline engine is assisted by an electric motor that’s powered by a self-sustaining battery that charges automatically as you drive around. Hybrid cars of this sort have no plug.

The second is a plug-in hybrid, or PHEV (plug-in hybrid electric vehicle). This works the same way as the hybrid above, with one exception. In a PHEV, there’s a plug, which drivers can connect to a charger. This lets the PHEV store a surplus of electricity in its battery, which can be used to drive for shorter distances using no fuel at all. After that charge is used up, the PHEV’s gasoline engine turns on automatically, and it continues to drive around on gasoline–hybrid power.

The nutshell? Hybrid cars make their own electricity to help the gas engine save fuel. Plug-in hybrids do this as well, but can also store additional electricity from a charger, which lets them drive several dozen kilometres before any gasoline is required.

Note that some of the models listed below qualify for rebate incentives. Check the manufacturer’s website in your province for specific details.

The Toyota Prius is the world’s most popular hybrid car, and a new AWD-equipped version hit the market recently with added traction and a cold-climate battery pack. With hybrid-curious Canadians in its sights, the Prius AWD-E uses a secondary electric motor in the rear axle to provide extra rear-drive shove when traction is low. Especially in around-town driving, this makes for more-confident acceleration and stability, even in deep snow.

The Highlander Hybrid is the largest of these. It’s a three-row crossover with AWD and space to spare, but its hybrid four-cylinder engine helps it turn in fuel mileage like a small car. Highlander Hybrid offers strong safety and resale value ratings, and comes priced from the mid-forties.

A hybrid-powered version of Toyota’s popular RAV4 is also available, with AWD included as standard. Priced from the low thirties, RAV4 Hybrid turns in consumption ratings of 5.7 L/100 km in the city, and 6.3 L/100 km on the highway. With 219 horsepower, it’s both more fuel-efficient and more powerful than non-hybrid versions.

A new RAV4 Prime will join the lineup early in 2021. This version of the RAV4 is the first plug-in hybrid on our list. After charging the battery, the RAV4 Prime can drive about 68 kilometres solely on electric power, before the gas engine comes online.

Charging is never mandatory in a PHEV. If there’s fuel in the tank, you’re ready to go. However, the more you charge, the less fuel you use. The RAV4 Prime can turn in all-electric driving for shorter trips, and it’s also the most potent RAV4 in the lineup – with 302 horsepower. Priced from the mid-forties, it’s also eligible for a full $5,000 federal rebate in SE and XSE trim.

The Outlander PHEV was one of the first affordable plug-in hybrid models available to Canadian shoppers, and it remains a strong seller today. With AWD, a comfortable highway ride, and the only fast-charge capability in its class, Outlander PHEV is ready for cottage road trips in any weather, as well as fuel-free daily commuting and errands.

Priced from around $44,000, Outlander PHEV’s AWD system offers up driver control by way of various selectable drive modes, and the latest smartphone connectivity tech is also included. All trims qualify for a $2,500 federal rebate.

Ford’s fresh crossover lineup includes recently launched all-new versions of the Escape and Explorer – two of the most popular crossovers on the scene.

The smaller Escape is available with gasoline, hybrid, or PHEV power.

From the mid-thirties, Escape Titanium Hybrid turns in consumption of just 5.4 and 6.3 L/100 km in city and highway driving, respectively. Shoppers can expect the latest in safety and connectivity tech, as well as a fresh new look to the body and interior. Ford Escape is one of the newest crossovers in its segment.

If you’re after something larger in an AWD hybrid, Ford’s Explorer is up for the job. With a 5,000-lb towing capacity and standard AWD, the 3.3-litre hybrid V6 gets electric support, turning out 318 horsepower and 322 lb-ft of torque. Pricing starts in the mid-fifties, which prevents the Explorer from receiving a rebate at the federal level.

What About AWD EVs?

An AWD-equipped electric car is still a pricey proposition for the average shopper, but there are a few models worth mentioning if you’re in search of one.

The Mustang Mach-E is another AWD-equipped EV crossover from Ford. Though it shares its name with their popular sports car, Mustang Mach-E is a new, fully electric take on Ford performance. Fast charge capability and range estimates approaching 500 kilometres mean that this electric Ford crossover is ready to shake things up when it arrives early in 2021 – starting at just over $50,000.

The Model 3 is the most affordable model from American electric-car maker Tesla. The rear-wheel-drive Standard Range model notably starts in the low fifties and qualifies for the full $5,000 federal rebate. With AWD on offer and a network of Tesla Supercharger stations available to owners, the Model 3 backs owners with year-round capability and convenient charging. At $64,990, however, all-wheel drive is a $12,000 leap, and no federal rebate applies – though you’ll also net more range, more speed, and a more luxurious interior.

Soaring out of the Ballpark

Among traditional luxury car makers, you’ll find a range of AWD plug-in hybrids from Audi, BMW, Mercedes, and Volvo; a handful of others are just dipping their toes with a single model: Lincoln’s Aviator Grand Touring (though the Corsair Grand Touring is on the way), Mini’s Countryman SE All4, and Porsche’s Panamera 4 E-Hybrid. If money is no object, why not consider the Bentley Bentayga Hybrid? At $199,408, it’s simultaneously the most expensive vehicle on this list and the most affordable model in the automaker’s lineup.

Full-electric all-wheel-drive vehicles, on the other hand, are rarer still; besides the Tesla lineup, you’re looking at the Audi E-Tron, Jaguar I-Pace, and of course the recently launched Porsche Taycan Turbo, and Taycan Turbo S. These high-performing electrics deliver gut-punch torque, a great highway ride, and facelift-level acceleration that arrives with explosive urgency. They’re not cheap, but they are helping pave the way towards an electrified performance car future.

If you're in the market for something more practical, stay tuned, because more and more hybrids are hitting the market – including Canada's perennial bestseller, the Ford F-150. 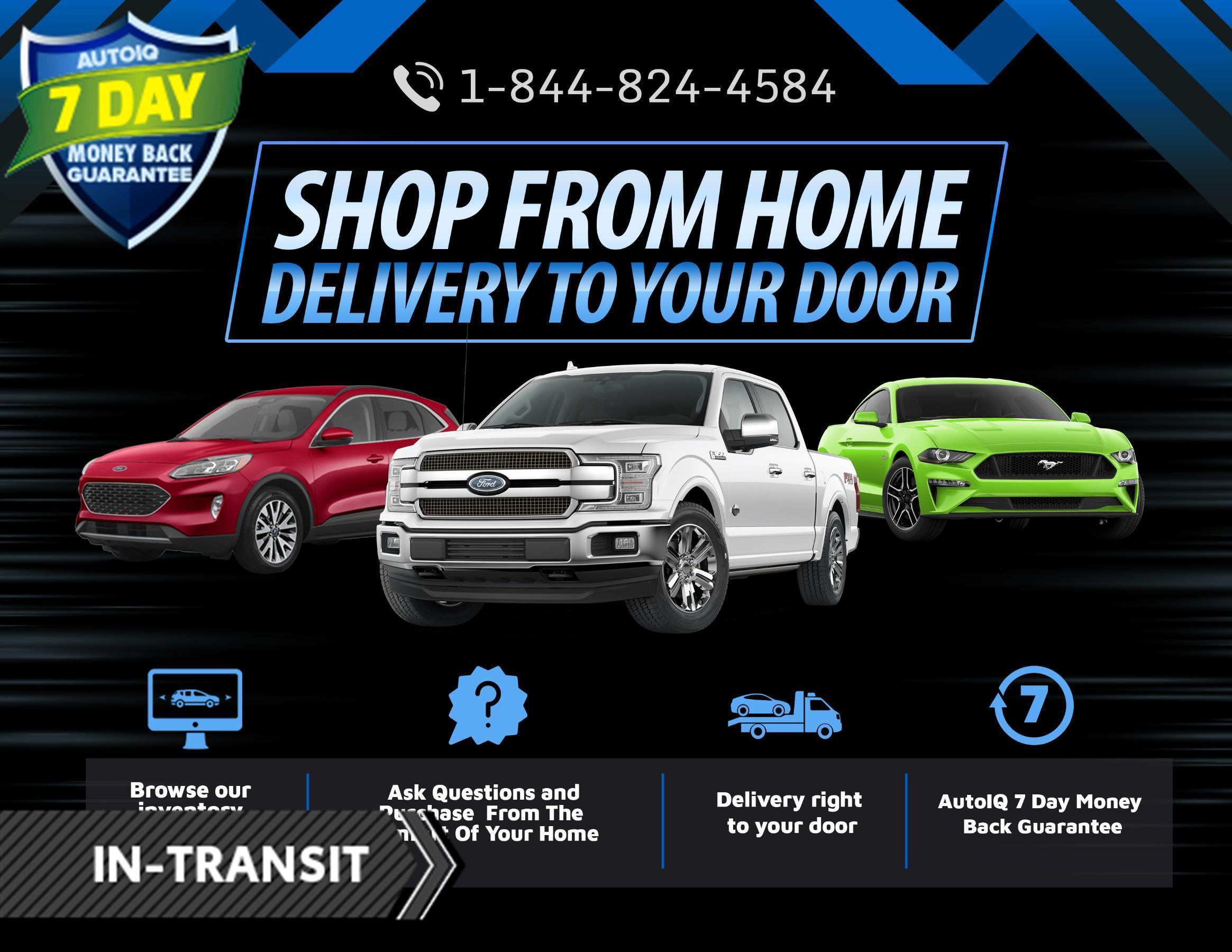 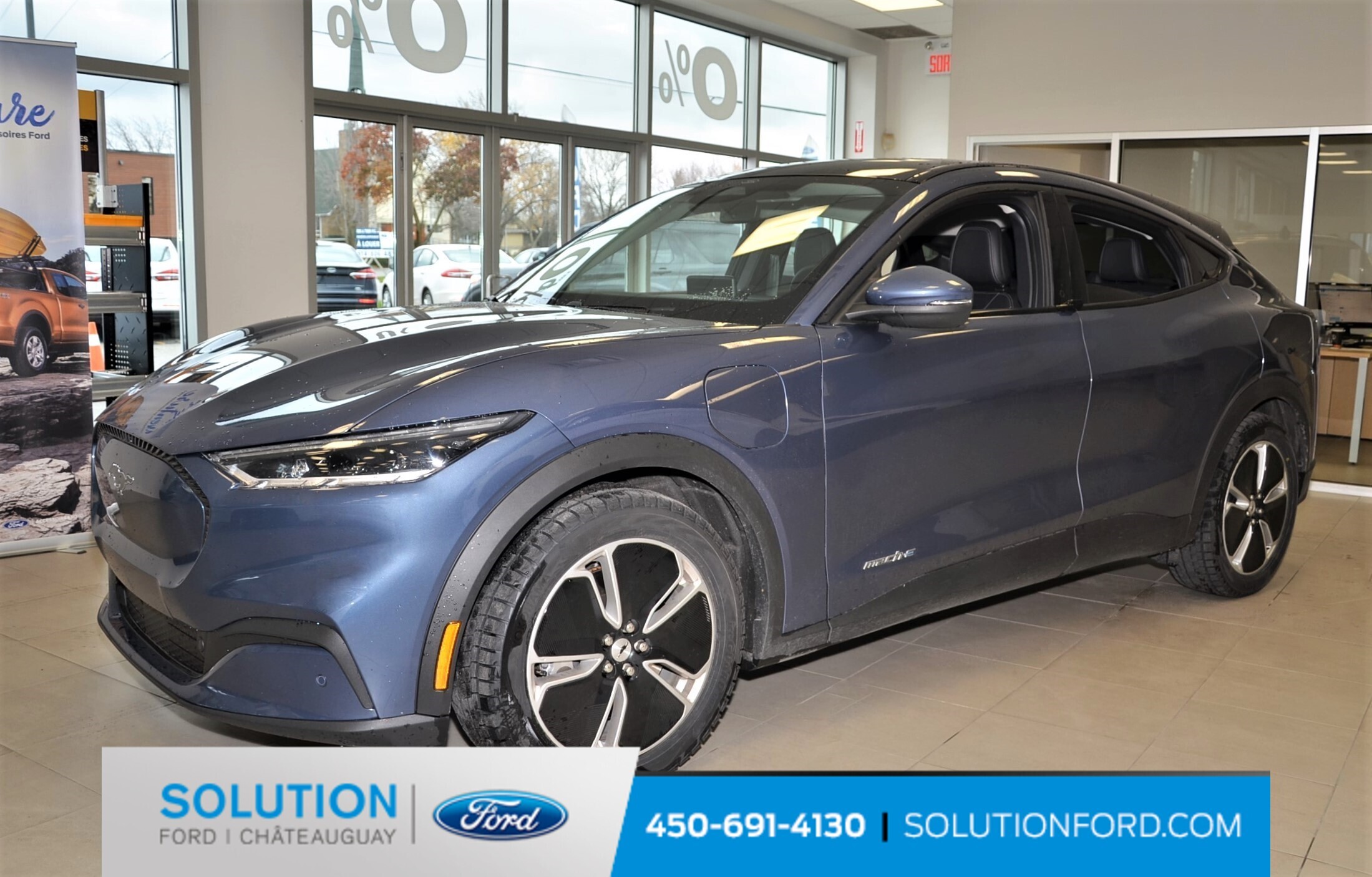