Lexus will bring V8 performance back to the IS lineup this fall with the 2022 IS 500 F Sport, which will be the first V8-powered version of the compact sports sedan since the IS F last sold in 2014.

Conceptually, the new IS 500 F Sport, which Lexus says will be the first member of its new F Sport Performance line, differs little from the old IS F. Building on the refreshed 2021 Lexus IS, this latest addition swaps out the IS 300 and IS 350’s four- and six-cylinder engines for a naturally aspirated 5.0L V8 making 472 hp and 395 lb-ft of torque, up from 416 hp and 371 lb-ft in the last IS F. The new IS 500 F Sport shares its eight-speed transmission and rear-drive layout with the entry-level IS 300.

Lexus IS available on autoTRADER.ca 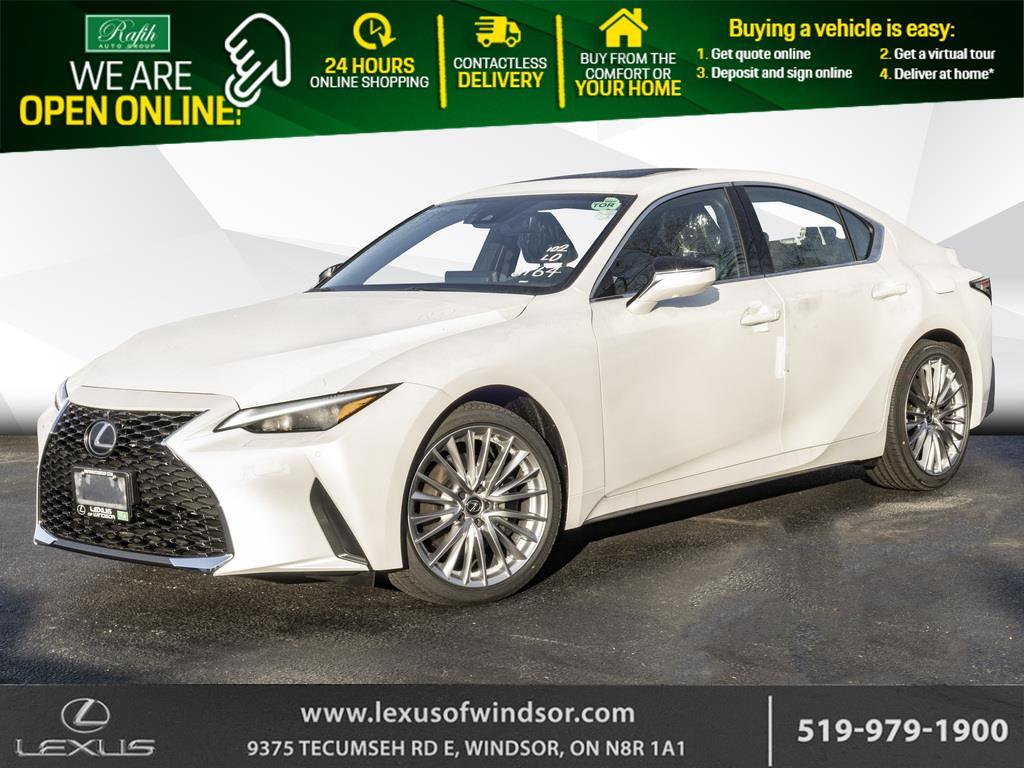 The IS 500 F Sport boasts a power bonus of 161 hp and 115 lb-ft compared to the next-quickest IS 350, and nearly all that extra power goes toward performance: Lexus says the new IS flagship weighs just 5 kg more than the IS 350.

One way Lexus was able to keep the weight in check was by making the IS 500 F Sport rear-wheel drive; it doesn’t need to cart around the IS 350’s standard AWD hardware. A set of new lightweight 19-inch Enkei wheels also save a total of 3 kg compared to the 19s offered elsewhere in the IS lineup.

Visually, the IS 500 F Sport is differentiated from the rest of the IS range with a hood that’s 50 mm higher and longer front bumper and fenders, all to make room for the physically larger engine. There’s also a unique lower rear diffuser to show off quad exhaust tips, and dark chrome window trim.

Standard on the IS 500 F Sport is an adaptive variable suspension and a Torsen limited slip differential to maximize handling and power delivery. Meanwhile, larger brakes get better cooling thanks to aerodynamic changes. The car’s other performance trick is a Yamaha-designed rear performance damper that Lexus says makes the ride more comfortable at low speeds and adds high-speed stability.

Finally, Lexus’ latest sport sedan gets the same Safety System+ 2.5 driver assistance suite introduced in other versions of the 2021 IS. That includes forward collision warning and avoidance that can detect pedestrians and cyclists in daylight, and can recognize oncoming vehicles when waiting to make a left turn across traffic. There’s also radar cruise with stop-and-go and lane-change acceleration assist, and lane departure alert with steering and lane tracing assists.

The 2022 Lexus IS 500 F Sport will arrive in the brand’s dealerships in the fall, with pricing to be announced closer to that time.